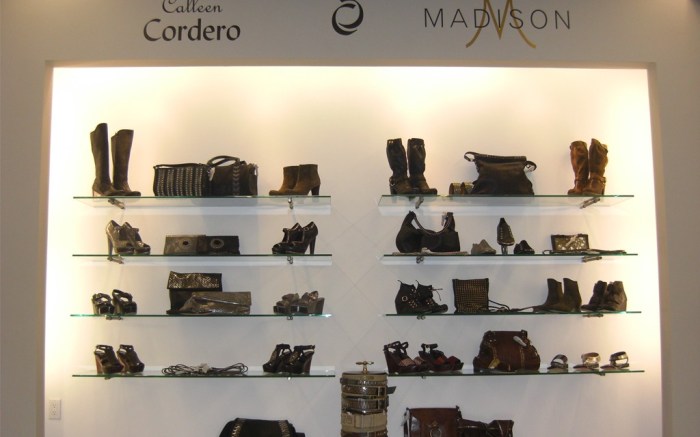 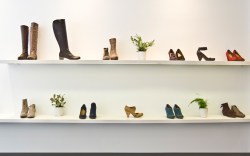 Cordero Gets Wall at Madison
Calleen Cordero and Madison at Fred Segal are joining forces. The designer recently bowed a display wall inside the Santa Monica, Calif.-based store, featuring the fall collection of footwear, handbags and belts, as well as the new Terra sneaker. “I love that Calleen has the ability to adapt to style needs in fashion and that her production is handmade right here in our own Los Angeles backyard,” said Madison at Fred Segal owner David Assil. “Having a made-in-L.A. [line] and an L.A. store collaborating not only for business but based on 26 years of friendship, is also a nice touch.”

Coclico Debuts Revamped Flagship
Coclico is showing off a new look. The brand recently reopened its flagship store at 275 Mott St. in New York with a new design. The event coincides with the introduction of Coclico’s fall ’12 collection. The larger store features a minimalist décor with white shelves along the perimeter of the store and dark bamboo floors.

Airport Retail Launch
Flip Flop Shops, though a strategic partnership with Ayala’s Group, is preparing to jump into airport retail. The new venture, AFFS LLC, will bow its first shop inside McCarran International Airport in Las Vegas in October. “As we continue to bring the hottest brands and latest styles of flip-flops and sandals to the masses, airport locations will be a critical driver [for us],” Flip Flop Shops President Brian Curin said in a statement.