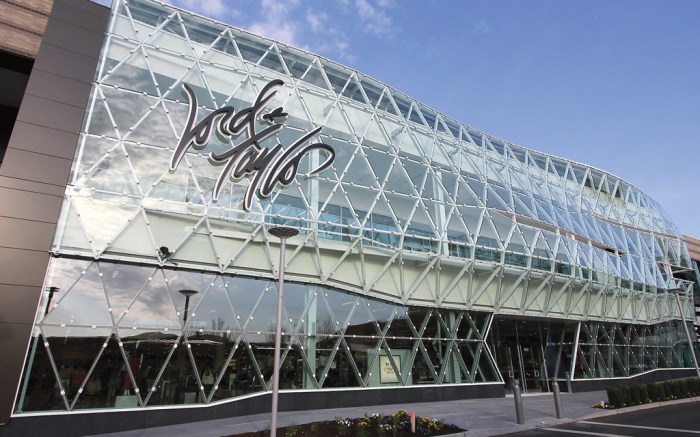 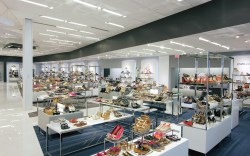 Lord & Taylor may be the grande dame of East Coast department stores, but it’s no frumpy old lady.

“It’s come from being [middle-of-the-road] to a top-notch store,” said Joe Moore, president and CEO of FFANY, which is giving the store the Retailer of the Year award at this year’s QVC Presents “FFANY Shoes on Sale” event. “Next year, it will open an entire floor for women’s shoes. We already honored Saks Fifth Avenue for its creative growth in the women’s shoe world. We now think the timing is right for Lord & Taylor.”

Oft overshadowed by its more glamorous counterparts on Fifth Avenue, where it first opened in 1914, Lord & Taylor is making aggressive efforts to evolve its image. With the paint barely dry on its 2010 makeover of the Manhattan flagship — which industry sources estimated cost $25 million — the firm is upping the ante even further next year, debuting a whole floor devoted to women’s footwear.

Moore said, “I saw the plans, and [the whole thing looks] pretty amazing. [Lord & Taylor is] stepping up with the other department stores that have put a big focus on shoes [this year. It’s clear from] the sales reports from department stores [that] shoes have been driving business for a lot of retailers for some time now. It’s a great boost for our industry.”

Rodbell also acknowledged the recent efforts of her competitors to outdo one another with bigger and better footwear offerings. “Healthy competition is always good for us,” she said. “We have not seen any negative impact [on our traffic or sales]. In fact, the more people talk about shoes, the better off we are.”

Vendors approve of the changes as well.

Jay Schmidt, president of contemporary fashion brands at Brown Shoe Co., said Lord & Taylor “knows its customer but keeps pushing her a little bit, and the [improvements] have been the right amount and the store continues to get growth out of it.”

Sam Edelman, founder of Sam Edelman Shoe, a division of Brown Shoe Co., agreed, noting that the retailer “has set the precedent in New York with a floor that is as impressive in footwear as anyplace in the world. [Rodbell] maintains that selection and integrity, from Yonkers to Connecticut and [beyond].”

Lord & Taylor continues to spotlight its shoe departments because the category, which contributes about 20 percent of total sales, is among the company’s fastest growing, said Rodbell. She noted that the firm also is soon doubling the footwear space in its Bala Cynwyd, Pa., store.

The retailer has spent most of this year expanding its footprint across the country. It bowed two doors — the first ones in a decade — in Yonkers, N.Y., and Salem, N.H., where it offers exclusives on brands such as Stuart Weitzman, L.K. Bennett and Vera Wang. A new location in Boca Raton, Fla., is slated to open next year.

But Lord & Taylor is not just investing in brick-and-mortar stores. The firm has made technology its focus for 2013 and will work to bolster its presence online and become a better omnichannel performer. Rodbell said improvements will include launching a “much more dynamic website,” incorporating radio-frequency technology on products in all stores, developing mobile apps and initiating the ability to buy online and pick up in store or order online while in store.

“It’s all about ensuring we service the customer better and get them product more quickly,” she added.

Apart from its achievements in retail, Lord & Taylor has been a valuable partner to Shoes on Sale, said Moore.

“This year as an honoree, Lord & Taylor helped raise approximately $200,000 by soliciting support and donations from its vendor partners … [to add] to our tally, so that’s wonderful,” he explained.

As part of the retailer’s ongoing efforts to support breast cancer research, it has an exclusive partnership with Ralph Lauren to sell Pink Pony products and provides a percentage of sales to help fund programs for cancer screening, early diagnosis, treatment and research. It also supports other causes focused on health, wellness and children, such as Autism Speaks, to which it donated more than $5,000 in April.