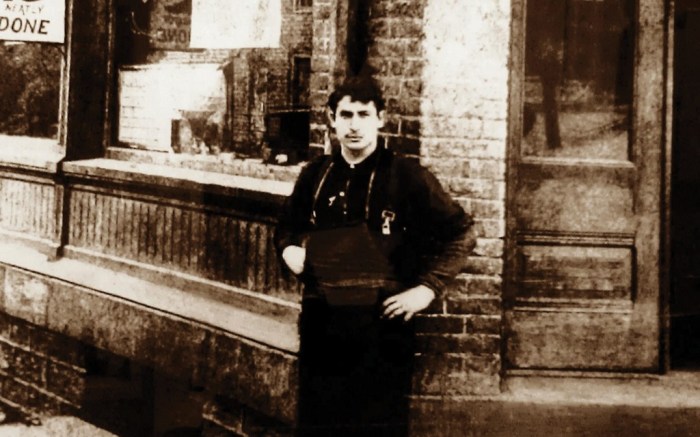 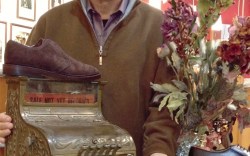 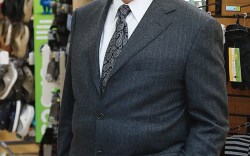 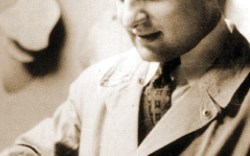 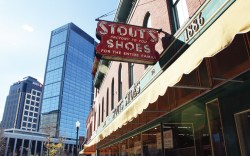 While countless footwear trends and retailers have come and gone over the years, a number of 100-year-old shoe stores have remained vibrant. For these iconic retailers — now under third- and fourth-generation ownership — building customer loyalty has been key to their longevity.

According to the retailers, this time-honored approach to business has allowed them to thrive against a wave of competition from discounters and e-tailers, and the numerous ups and downs the footwear market has experienced over the years.

Founded as family stores, these independents have set up shop in small towns and major cities alike. While some have relocated from their original downtown storefronts, others are still welcoming customers at the same address.

Though these retailers may lack the resources of chains and department stores, they’ve continued to meet the changing needs of their consumer base. Initially building their businesses with classic American brands, from Buster Brown to Florsheim, they’ve evolved with the marketplace and found new niches.

From Gordon Shoes, founded in 1885, to Benge’s Shoe Store, founded in 1911, these veterans agree that the secret to success has been a balance of hard work, dedication and a passion for the shoe business.

Here, Footwear News traces their roots and the challenges they’ve met and conquered along the way.

Gordon Shoes, Homestead, Pa.
Founded: 1885
Owner: Chuck Gordon
Roots: Benjamin Gordon, a master shoemaker from Lithuania, opened the store in Pittsburgh’s Main Hill district. Upon his death in 1946, sons Tom and Morris took over, followed by grandson Chuck Gordon in 1973. The store relocated in 2001 to the Waterfront, a trendy lifestyle center in nearby Homestead.

THEN
Customer: Both a working-class and professional clientele
Merchandise: Through the 1960s, adult, children’s and work footwear dominated. The 1970s brought a wave of athletics, with the store stocking Nike, Adidas and Asics. “It was a game-changer,” Gordon said about the burgeoning category. By early 2000, the store changed up its product mix again and featured New Balance exclusively, opening New Balance locations in Homestead and Pittsburgh, with a third door set to bow in December.
Changes: Department stores, athletic specialty chains and discounters moved into the area, creating competition for independents.

NOW
Customer: Mainstream to upscale customers, including service workers and local athletes
Merchandise: Dansko, Ecco, Merrell and Mephisto, in addition to New Balance
Challenges: Over the years, Pittsburgh’s waning steel industry impacted the local economy. However, the last decade has seen an influx of high-tech and health-care industries, providing jobs for local college students. “Now these kids are remaining in the city,” said Gordon.
Looking ahead: Gordon plans to grow the New Balance store franchise.
Secret to success: “We’ve built upon our reputation for excellent customer service, quality of merchandise and education of our staff,” said Gordon.

Eneslow, New York
Founded: 1909
Owner: Bob Schwartz
Roots: Launched as a surgical-product retailer by brothers Ed and Nat Low, the store debuted a shoe department in 1926. Orthotics from Hersco Arch Products were added in the 1930s. In 1946, Hersco employees and brothers Paul and Charles Schwartz started their own orthotics business, called Apex Foot Health, now Aetrex Worldwide. In 1968, the brothers acquired Eneslow, shifting it from a primarily pedorthic facility to a comfort-shoe store. Today, there are two Manhattan locations, a sister store in Queens, N.Y., and the companion website, Eneslow.com.

THEN
Customer: Predominantly polio patients requiring footwear modifications
Merchandise: Prescriptive footwear and orthotics
Changes: In 1985, Medicaid footwear benefits were reduced, resulting in a revenue loss of nearly 50 percent. “My ability to target doctors and hospitals went away,” said Bob Schwartz. That forced the store to focus on comfort shoes and develop a direct-to-consumer business.

NOW
Customer: Thirtysomethings to seniors
Merchandise: Finn Comfort, Aetrex, SAS and Mephisto. “[There’s] an emphasis now on fashionable styling that wasn’t available in the past,” said Schwartz.
Challenges: The cost of doing business has risen, from labor and rent to insurance.
Looking ahead: The goal is to increase market share with exclusive and limited-distribution products in addition to custom shoes and orthotics. “Health-care professionals are looking for affordable ready-made products to help patients’ foot-related problems,” said Schwartz. “We plan to exploit these opportunities.”
Secret to success: “Our passion to help people improve the quality of their lives, and relieving their [foot] pain,” said Schwartz.

NOW
Customer: A mature base, with the flagship attracting a younger audience of 40- to 60-year-olds shopping the trendy downtown area
Merchandise: Ecco, Keen, Ugg, Allen Edmonds, Sorel and Merrell, in addition to children’s styles by Jumping Jacks, New Balance and Keen
Challenges: Staffing remains an issue. “It’s [difficult] finding people with the right mind-set to sell shoes,” Stout said.
Looking ahead: The companion e-commerce site, Shoestores.com, was launched in 2010 by Brad’s son, Brady Stout, and is expected to account for half of business within five years. “It’s the future of retailing,” said Stout. “We want to create a website that’s shoppable and unique and makes someone want to buy.”
Secret to success: “You have to adapt and do what you have to to be relevant,” said Stout.

THEN
Customer: Men, women and kids
Merchandise: Early brands included Foot Traits, W.L. Kreider for kids, Florsheim and Red Cross. As the oldest Red Wing dealer in the U.S., the store also stocked work shoes.
Changes: The 1970s saw the emergence of five similarly merchandised stores within a 20-mile radius. “But we’re the only survivor,” said Ed Montano Jr., attributing the store’s staying power to the work ethic of his father, Edward Montano Sr. “My father trained us all to take the business seriously.”

NOW
Customer: Infants to seniors. “Generation after generation shops here. They trust our abilities,” said Montano.
Merchandise: SAS, New Balance, Clarks, Ecco and Ugg; work brands including Red Wing, Chippewa, Georgia and Rocky. For kids, Stride Rite, Umi, Nike and New Balance.
Challenges: While the economy has made consumers more price-conscious, Montano continues to see small but steady growth.
Looking ahead: Competition from e-tailers looms large; however, Montano’s not concerned. “When a customer has a problem, they want to have [someone like us] to bring the product back to.”
Secret to success: “Hard work, time and dedication,” said Montano.

THEN
Customer: Men, women and kids
Merchandise: In the 1970s, Benjes shifted the focus to women’s moderately priced size-and-width brands, including Auditions and Connie.
Changes: “Dad said to get out of the men’s business,” Bruce Benjes said about the less-profitable category.

NOW
Customer: Predominantly 25- to 45-year-old women, with a concise offering for men and kids.
Merchandise: Fashion-comfort lines Dansko, Pikolinos, Alegria, Rieker and Wolky.
Challenges: In the 1980s, the area lost one-eighth of its population due to a downturn in the local oil and gas sector. However, these industries are back again, bringing customers from the Dakotas and Oklahoma.
Looking ahead: Benjes is banking on its sit-and-fit approach to beat the growing competition from the Internet.
Secret to success: “We tend to the needs of our customer base through [incentives], including loyalty rewards,” said Benjes.

THEN
Customer: Men, women and kids
Merchandise: Dress shoes for the family
Changes: As big-box stores moved into the area offering lower prices, the store put the focus on higher-end comfort brands.

NOW
Customers: Women, men and workers
Merchandise: Clarks, SAS, Ros Hommerson, Merrell and Sorel, and workboots account for 25 percent of sales.
Challenges: “The price of goods,” said Kuczwara. “Better-quality footwear is expensive, and there’s some price resistance.”
Looking ahead: The store opened an eBay.com site five years ago, and it now accounts for 5 to 10 percent of sales. “[Since] our store’s trading area is small, I put my sale merchandise on the site,” said Kuczwara.
Secret to success: “Treat customers the way we want to be treated. We never have pushy salespeople,” said Kuczwara.