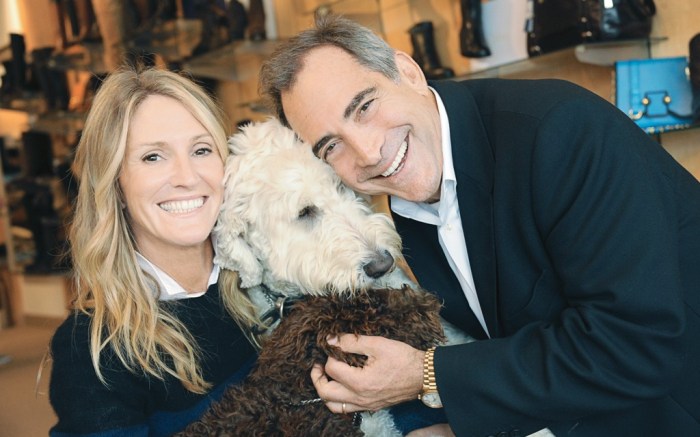 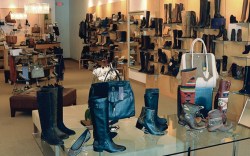 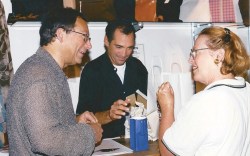 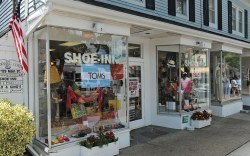 “We had just opened our Fort Lee, N.J., store in 1972, and there were shoppers lined up around the block. We had to take numbers,” Lawson recalled. “I think we sold $1,100 [in merchandise] that Saturday. At the time, that was phenomenal.”

“We’ve been part of almost every hot item and trend story in footwear,” said Lawson, recalling the Kork-Ease craze, Steve Madden’s best-selling Slinky style and other fashion hits over the years. Today, the women’s-focused retailer stocks a range of brands and price points, with everything from Havaianas to Chloé. And in the current economic environment, that strategy gives the company an edge.

In addition to putting together the right assortment, the chain also has worked hard to develop its loyal consumer base: a mix of locals and tourists who vacation each summer near Shoe Inn’s Hamptons stores.

“Building relationships with customers — that’s what Shoe Inn excels at,” said real estate broker Faith Hope Consolo, chairman at Prudential Douglas Elliman, who has worked with the Lawsons for many years. “In an era when you can get pretty much anything online, it’s critical for brick-and-mortar stores to know their shoppers. … Shoe Inn provides real service, and customers want to come back again and again.”

“We can be traveling anywhere in the world and people will recognize the Shoe Inn name,” said Lawson’s wife and co-owner, Melissa, who met her husband while working as a sales representative for Kenneth Cole. (The pair recently celebrated their 20th anniversary.)

Billy Lawson’s family ties to footwear run deep. His grandfather owned the Ansonia retail business, while his mother, Sally Lawson Protell, wrote for The Boot & Shoe Report during the early part of her career and later ran the retailer’s Palm Beach, Fla., location, which closed earlier this year. Lawson founded Shoe Inn with his brother John Lawson, who now runs a separate retail chain in Florida.

Over the years there have been plenty of ups and downs, particularly with the influx of big-box competitors and the economic turmoil of the past few years.

In East Hampton, N.Y., for example, where the couple has operated a store for 16 years, skyrocketing rents have driven most longtime independent stores out of the area. “It’s 90 percent majors now,” Lawson said. “It’s sad, but the rents are just too high.”

Real estate insiders said Shoe Inn’s strategy to stay open year-round in the Hamptons has been a smart one, giving it more exposure than other retailers that only operate during the height of the summer season.

“We can have great days in October,” said Lawson, who splits his time between East Hampton and New York City. “People want to get away on the weekend and come out here to shop.”

Nevertheless, the Lawsons recently have noticed a distinct shift in consumers’ attitudes.

“People used to buy a lot more. They were more excited about shopping,” Lawson said.

Melissa Lawson, who serves as the main buyer for the retail chain, said it also has become more challenging to predict what’s going to sell.

“The business used to be much more about specific trends. If pointy toes were in, round were out. If high heels were in, flats were out. Now there is every look at every point,” she said.

The sweet spot for Shoe Inn today is the contemporary segment.

“We kicked up [our average price point] during the height of the luxury craze because everyone wanted designer looks,” said Billy Lawson, “and we still carry brands like Chloé and Brian Atwood because they have been with us from the beginning. But I don’t want my entry-level price to be $395. A lot of the higher-priced stores have gone out of business.”

To stay competitive, the retailer has fostered relationships with European factories to create private-label product, and today, that merchandise accounts for about a third of its total sales. It also allows the retailer to differentiate its mix.

In addition, Shoe Inn is building its accessories business with items such as sunglasses, jewelry, handbags and wallets.

“[Accessories] definitely have become a much bigger part of the business,” Lawson said. “The female shopper wants us to accessorize her in a more complete way.”

However, as much as things have changed for Shoe Inn over the years, there also have been many constants.

“Most people don’t really understand how small the shoe industry still is,” said Lawson. “Forty years later, I deal with some of the same owners and reps I worked with when I first started. We still work with so many of the same families — the Schwartzes, André Assous, Charles David. These are people we’ve been associated with for four decades.”

Steve Madden is another longtime Shoe Inn vendor. In fact, the designer’s in-store appearance in 2000 — just five days after he was indicted for securities fraud — made for one of Lawson’s most memorable moments. “He told me we didn’t have to do it, but we did,” the retailer recalled. “It was wild! Kids were lined up down the block to meet him.”

The Lawsons continue to maintain close relationships with key designers both in the U.S. and Europe, where they just spent a week on a buying trip in Milan.

“We try to keep our eye on the ball,” Lawson said. “Even if things get difficult and repetitive, you have to keep working at it.”

And as the couple continues to evolve the business, they are looking to the next generation for fresh ideas.

Their two sons, Peter and David, ages 19 and 17, respectively, have worked in the East Hampton location during summer breaks from school, and they have begun to show interest in joining the business full-time in the future.

“We’d love for that to happen,” said Lawson.