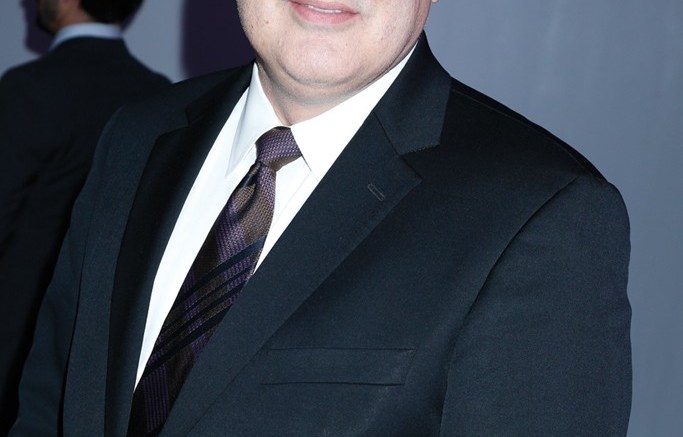 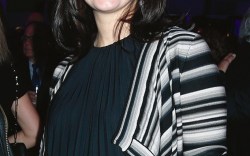 NEW YORK — With the retail focus now turning to fall ’13, buyers shopping FFANY and other showrooms last week said boots will be a big winner again.

Retailers also remained generally optimistic that, regardless of weather patterns, planning the business around a mix of basics and trend-right items will help drive increases in sales.

“I love the gladiator boots we saw all over the spring shows, and I’m hoping we see a lot of that gladiator idea translate forward into the fall,” he added.

Both Downing and Elizabeth Kanfer, fashion and co-brand director of women’s accessories at Saks Fifth Avenue, also cited the pointy-toe silhouette as a must-have trend for the season.

Liz Rodbell, EVP and chief merchant of Hudson’s Bay Co., also noted boots will keep being a big driver of business because there’s something for everyone. “You have everything from a high heel to a low heel; tall shaft to short shaft,” she said.

Macy’s group VP and DMM of women’s shoes Lou Mastrogiacomo, also agreed, pointing out that slacks and trousers are making a comeback in ready-to-wear, so boots will be ever more important as the matching footwear of choice.

On the whole, retailers were modestly upbeat heading into the new year, thanks to an uptick in sales this fall.

Jill Rubinstein, owner of Footloose in Pittsburgh, said, “Customers are buying more at one given time. Multiple purchases are happening again. Colors and materials are driving sales.” During the show, she was on the hunt for boots in colors for fall ’13.

Llyndara Harbour, owner of Stella Mae in Burlington, Vt., also said this fall is shaping up well for her and that she expects fall ’13 sales to grow in the single digits.

“New England has been buffered from the economic struggles,” she said, but noted that staying relevant to the consumer’s needs continues to be a focus at her store. “I want to stay ahead of the trends, but still [offer looks that are] accessible to my customers. There’s a fine line [to tread between them].”

To counter unpredictability, many retailers are buying closer to the season than ever before.

“When you [wait], you understand the trends better,” said Erika Vala, co-owner of Brooklyn, N.Y.-based Shoe Market, who was looking at bright colors and patterns for summer flats and clogs, as well as 1990s-inspired chunky wedges and tall boots for the fall.

Mohamed Merchánt, VP of Merchánt in Burlington, N.C., echoed the sentiment that it’s hard to predict what fall will bring. “I’m looking at fall ’13 now, but I’m also buying spring products closer to the season and leaving a lot of open-to-buy within the season,” he said.

“We buy year-round boots,” said Sherman, who cited side cutouts, embossed leathers and Western detailing as hot trends. And Furst added that the store is looking to stock fewer boots than in previous winters.

While the mood was largely upbeat, some retailers did sound a more cautious tone on the future, after the past two months had been somewhat derailed by Hurricane Sandy and political wrangling that caused some bumps in the nation’s economic outlook.

Nichole Sanders, owner of Philadelphia-based Sincerely Shoes, said, “I hope the economy picks back up because people are only buying what they actually need rather than something they want, like basic boots, works shoes and flats. I’m not selling a lot of heels right now because people aren’t going out as much.”

She added that hot brands for her store include Betsey Johnson, Luichiny and Boutique 9.

“Targeting a price point of $20 to $25 at retail is huge for us [while also being] very fashion forward and trendy,” she said. “Our stores were hit by Sandy this fall, so for next fall, we want to maintain the numbers we had in 2011.”

E-tailers have been largely shielded from weather woes — and in fact report that poor weather can actually benefit them. “We have an advantage because we aren’t impacted [by weather patterns] in the same way that brick-and-mortar [stores] are,” said Bonfaire.com co-founder and creative director Joy Ajlouny. “And if there is a big storm, it can actually be beneficial to us because more people shop online [if they can’t go out].”

Brooke Banwart, DMM of shoes and accessories at Piperlime.com, said, “[We achieved] strong results this fall by offering newness monthly. I don’t spend too much time dwelling on [the weather]. My biggest concern is anticipating and planning for the ever-changing retail environment and understanding how factors such as mobile, tablets, search engines and digital marketing, impact the business.”