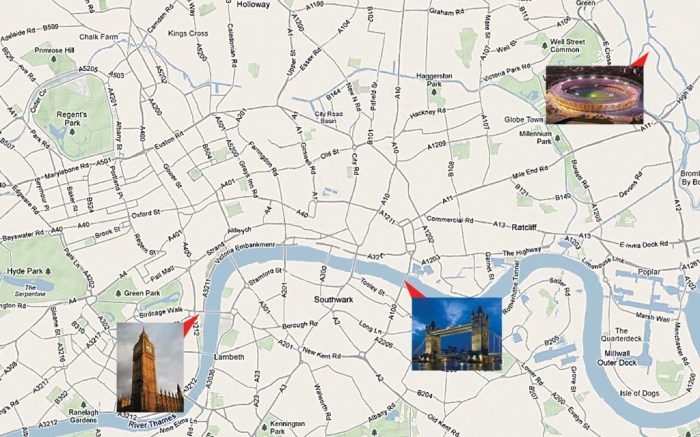 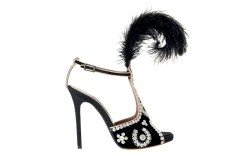 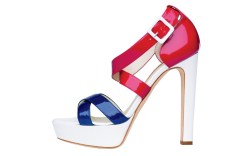 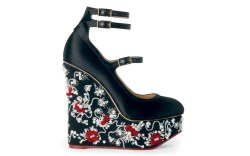 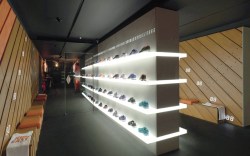 London has high hopes that this summer’s Olympics will draw as many tourists to the city’s shopping thoroughfares as it does to the sporting venues.

Retailers have already begun to plan for increased traffic and more demands for Olympics-related merchandise. The question now remains whether footwear shops will benefit from the influx of visitors expected when the summer games begin on July 27.

According to a report by London & Partners, the promotional organization for the city, the Olympics will attract 294,000 overseas and 587,000 domestic visitors who will stay in the city, in addition to 5.5 million day-trippers.

The New West End Co., which represents businesses on Oxford, Bond and Regent streets, predicts retailers in London’s West End will make 16.6 million pounds, or $26.2 million at current exchange, in additional revenue as a direct result of the games.

Maureen Hinton, a retail analyst at Verdict Research, noted that during the summer, the West End “is bound to outperform the rest of U.K. retail as it has the advantage of being a prime tourist shopping destination as well as having a high-profile reputation for U.K. shoppers. These factors, boosted by the Olympics and The Queen’s Diamond Jubilee, will not only generate high footfall and sales but enable retailers to enhance their brand status to an international audience, particularly the Chinese, Russian and Middle Eastern shoppers [who typically spend a lot].”

In the West End, Selfridges aims to attract the high-end shopper with its Big British Bang event, which will run from May through August in celebration of both the Olympics and the Diamond Jubilee.

A spokeswoman for Selfridges said the store sees the Olympics as an opportunity to improve its international reach. “It’s a fantastic chance to talk to a broader audience,” she said, noting that alongside tourists, corporate guests will likely attend the Olympics and be ready to shop.

The flagship on Oxford Street also will host events around its Great British Shop, which will be located in a ground floor concept store and feature British-themed merchandise by local designers. In the footwear category, Rupert Sanderson created red-white-and-blue platform sandals for the occasion, and shoes inspired by London’s Pearly Queens, designed by Nicholas Kirkwood, Charlotte Olympia and Tabitha Simmons, also will be on offer.

Nearby, on Knightsbridge, Harvey Nichols will celebrate sports with new sneaker collaborations for spring ’12, including one between Vans and Kenzo and a collection of cashmere Superga sneakers designed by The Row.

And closer to the Olympic Park in Stratford, East London, the Westfield Stratford City mall (an official provider and supplier to the games) predicts 70 percent of all Olympic ticket-holders will pass through the shopping center on their way to the venue. A spokeswoman for the mall said that since opening last fall, the center is attracting around 900,000 customers a week and expects “significant numbers of customers up to and throughout the games.”

Still, other companies remain cautious in their expectations.

Roger Wade, the founder of Boxpark, a pop-up mall in trendy Shoreditch, East London, which is 30 minutes from the Olympic site by subway, said he doesn’t anticipate a major lift in traffic during the Olympic period because many London residents will likely stay away from busy areas. “We expect much greater tourist trade than normal, but at the same time, our local-based trade may be reduced,” said Wade.

However, he added, brand awareness could help some of his better-known tenants, particularly Nike, which is an anchor business at Boxpark. “I know that the Olympics is a major factor for [Nike to be] in Boxpark during that period,” Wade said.

Indeed, the athletic firm is bringing two concepts to Europe at Boxpark: Nike+ FuelStation — its first globally — and a Nike ID studio. The Nike+ FuelStation offers a plethora of tech-savvy services, such as helping customers to choose a pair of sneakers based on their running style, as assessed by a treadmill in the store. The Nike ID studio, meanwhile, is designed to look like a cross between a tailor’s workshop and a design library.

Andy Walker, global creative director at Nike, said the athletic giant always aims to merge the physical and digital worlds, and the Boxpark stores take the idea to the next level. By combining the brand’s latest products with digital and interactive multimedia, he added, Nike can “create a state-of-the-art retail environment.”

Puma also has launched a new concept at Boxpark called Twentyone, based on the idea that its stock of special- and limited-edition sneakers will be refreshed every 21 days. “It’s a big brand acting small,” said Wade. “First and foremost, [the brands] want to get into the Shoreditch area and gain greater international exposure through being associated with the London Olympics.”

That association will have “an overall positive impact on the retail sector,” with the main impact coming from visitors and tourists, said George Wallace, CEO at retail consultancy MHE Europe. However, he was unsure of how much that will translate in the fashion and footwear categories.

“It’s a bit like everyone wanting to play tennis when Wimbledon is on. It could be good news for athletic apparel stores,” he said. “[The games] will inspire people to get more engaged with fitness, running and a healthy lifestyle. There will be a boost for cycling, running and swimming, especially the things that British teams are better at. But as for mainstream fashion, it’s just a case of the benefits of having more visitors come to London.”