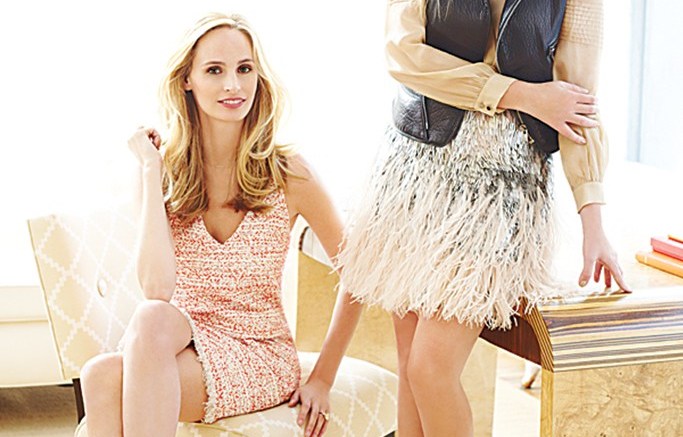 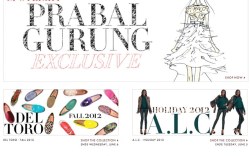 The e-commerce site — which launched in February 2011 with a concept of selling full-priced designer looks straight from the runway or showrooms — is amping up its growth strategy after adding more than 250 designers and 140,000 registered users in its first year.

Plans call for growing the international business (including both the number of featured designers and customers), adding more language translation options and improving the overall user experience on the site.

“There was a huge gap in the market with respect to this,” said CEO and co-founder Áslaug Magnúsdóttir, who founded the site with Vogue contributing editor Lauren Santo Domingo (also creative director at Moda). “This was a really unique concept when we started, to specialize only in pre-order at the high-end [level]. Our [consumers] really care about fashion.”

While the initial launch was focused on ready-to-wear, the site is now expanding smaller catgories, such as shoes.

“Footwear is definitely a category customers want, one of the key [segments] we want to grow,” said Magnúsdóttir. “Shoes will be a focus.”

For example, Moda will add a trunk show (most shows operate for three to seven days) for Sergio Rossi’s resort collection this month.

The New York-based company also is looking to build a footwear business with brands that already sell ready-to-wear on the site, such as Marc Jacobs.

“We want to become the destination for designers to work with us and develop [footwear] exclusives,” said accessory and jewelry director Heather Severs. “We find that our customers are not coming to us for basic black [styles], but for color, for interesting heels or novelty items.”

Over the past year, Nicholas Kirkwood and Charlotte Olympia have been two of the bestselling footwear designers, according to Severs.

And, in turn, the site has served as a test run for brands, according to Kirkwood.

“[Moda] has been very insightful,” said the designer. “It’s one thing to show the collection to buyers, but this is the first time we get to see how consumers react to the product and what styles people are going for. Now that we have a [New York-based] store, it might help us know which products we should be buying into more or less.”

Designers also have embraced the site because they don’t have to supply the product until the order is placed, making it less of a risk.

When making an order on the site, shoppers pay half the retail price up front and Moda then sends the brand a purchase order, plus 50 percent of wholesale. When the order is shipped, the consumer pays the remaining retail cost and the designer receives the payment in full.

As the company ramps up its footwear mix, it is looking to discover designers in diverse geographic markets, such as Australia and Israel.

Overall, 20 percent of the business is now composed of overseas sales. A U.K. warehouse is expected to open later this year to provide faster delivery on items in Europe.

And the company is working to incorporate a larger selection of language-translation options on the site (Spanish and Portugese translations are already available).

“We’re accessing a new channel for sales. We want to introduce our customers to designers from other countries. We are looking to continue to do events and partnerships in some of the key luxury [international] markets,” said Magnúsdóttir.

The partners hope the efforts will drive sales for the e-tailer, as well as support expanded offerings of footwear, handbags, jewelry and accessories. Additionally, the site sells a small selection of cosmetics, but is considering growing that into a bigger segment. “We’re still a young company and there is unlimited opportunity in terms of reaching new customers,” Magnúsdóttir said. “We’re very focused on strengthening each category.”