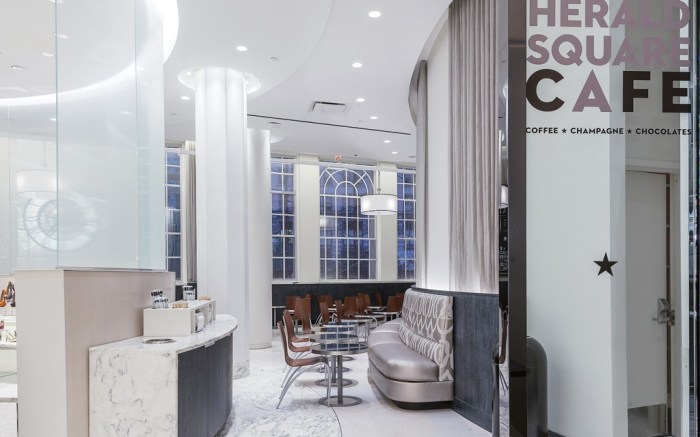 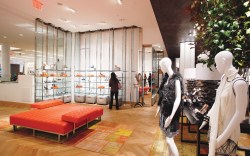 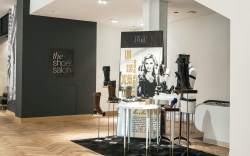 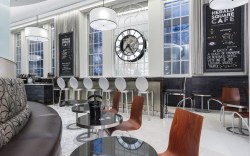 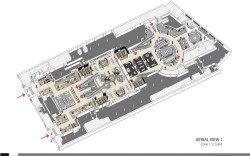 Organizing 280,000 pairs of shoes over 63,000 total square feet might seem like a complicated puzzle, but for Macy’s Herald Square team, it was a dream.

Bigger is better for the retailer, according to Tom Herndon, Macy’s SVP of store planning and design, who told Footwear News the toughest challenge in creating the flagship’s new shoe floor is that “there’s never enough space.”

In addition to space constraints, the Herald Square building — which spans a whole city block and has 11 selling floors — features an intricate layout.

“There are multiple points of [entry onto the floor], making it a complex store to navigate, so [our focus was] to make it easier for the customer to shop,” he said.

To devise an effective layout and develop different lifestyle zones, Macy’s collaborated with Charles Sparks & Co., a retail design, planning and communications consultancy based in Chicago that has worked with other department stores — notably, Saks Fifth Avenue and Neiman Marcus.

Starting on the Seventh Avenue side of the building, the floor begins with the athletic/casual/comfort zone, which prominently displays the likes of Nike, Adidas, Converse and Keds on undulating shelves. There also are comfort styles from such brands as Aerosoles, Clarks and Easy Spirit, as well as traditional labels including Anne Klein, Ellen Tracy and Alfani.

Next is the designer zone that features shop-in-shops for big names including Coach, Cole Haan and Michael Kors, which designed their spaces themselves.

Closest to the Broadway side of the floor is the Shoe Salon zone — an area with the most upscale-looking fixtures showing labels such as Via Spiga, Joan & David and French Sole — and the luxury shop-in-shops for Louis Vuitton, Gucci, Burberry and Longchamp that will bow around November.

Flanking both sides of the floor are four permanent “clearance closets” with dedicated salespeople and registers.

“It’s basically a very simple traffic pattern,” explained Herndon. “The customer can shop from one end to the other and never feel like she’s disoriented, and also find something new every step along the way.”

But it’s not just square footage that has increased: There are higher ceilings and new solid oak floors. And the luxe factor also has been upped with designer decor items such as Platner circular glass tables, which pepper the Shoe Salon area.

“[We considered] everything, from comfort, seating, lighting and music to service components, rest and refresh areas,” said Jeff Fontana, VP of Herald Square store planning. “The actual shoe-selling area only grew by less than 25 percent, but the number of chairs grew to 563 from 305, so there’s more seating per customer, creating a better atmosphere.”