Macy’s Special Report: A Day in the Life of Lisa Richards 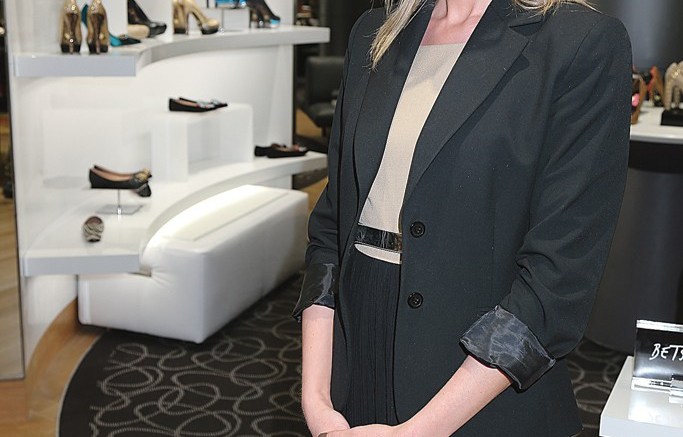 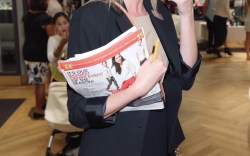 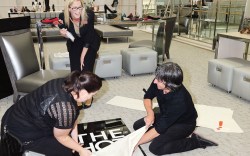 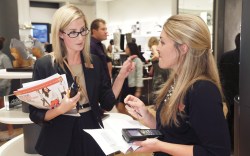 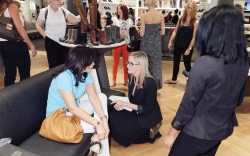 Sixty-three thousand square feet is a lot of ground to cover. But Lisa Richards takes it all in stride.

In fact, the Macy’s VP and store manager of women’s shoes spends more than half her day making the rounds on the massive new footwear floor. “You go, go, go, but it’s so fun,” Richards said while Footwear News shadowed her recently during an eventful afternoon. From morning pep rallies to overseeing a team of managers to prepping Black Friday events, Richards, who was most recently regional merchandise execution director for women’s shoes in Chicago, clearly has a full plate.

“It’s unbelievable,” she said of working at the flagship store. “We’re really making history here, so it’s fun to be part of this entire project.”

1 P.M.
“Are you ready to run? That’s how it works here,” Lisa Richards explains as we take off into the packed shoe floor. We meet with a few of her sales managers, who serve as coaches for the associates. She ticks off some sales figures and then shares customer feedback before inquiring about what’s selling. Walkie-talkie in hand, Richards then checks in with other members of her team. “We have to have a good communication system so we can stay in touch with everyone,” she says.

1:20 P.M.
We step behind curtains at the back of the store to peek at the designer salon and check on the visual and merchandising teams. They are hard at work arranging displays and sorting through signage. “There are a lot of new brands here that we never carried in the past, so it will be exciting to have some new elevated assortments,” Richards says. The Herald Square Café, which serves champagne, coffee and chocolate, is at the very rear of the space. “It’s going to be an entertainment piece. You throw champagne in the mix and women are going to want to shop even more. It will be a whole new experience.”

1:30 P.M.
Richards calls one of her merchandise team managers to “center stage” in the middle of the shoe floor. The manager keeps track of the expeditors who run shoes from the inventory space to the floor. One, we learn, recently pulled 300 pairs of shoes in one day. It’s an all-time high, and Richards is shocked and elated. “The two teams working in tandem are so important,” she says. “[The inventory team] sees the product as much as we do on the floor.”

1:45 P.M.
A customer visiting from Miami is trying on a pair of glittery strappy sandals and Richards stops to admire them. The shopper explains how impressed she is with the new floor. “A lot of [visitors] say that when they’re shopping at their Macy’s back home they don’t have this level of assortment,” Richards says. “They come here and expect the best of the best, and we offer the most exciting and over-the-top assortment they could imagine.”

2:15 P.M.
With the new space continuing to take shape, Richards interviews two to three candidates per week to join her team. Today she’s meeting with a potential sales-floor supervisor. Richards, who has worked at Macy’s for almost a decade, says she wants to assemble the best staff possible. “I call them my dream team,” she says. “One of my mentors used to say, ‘good people, good everything.’ If you have good people everything else falls into place.”

2:50 P.M.
Richards takes time out with her managers to recognize a few of the day’s star sales associates. One racked up a $1,000 sale, while another wowed a shopper with her extensive knowledge of the must-have trends of the season. A few high-fives later, it’s back to work. “Rock on tonight!” Richards says to the group as they head back to the selling floor.