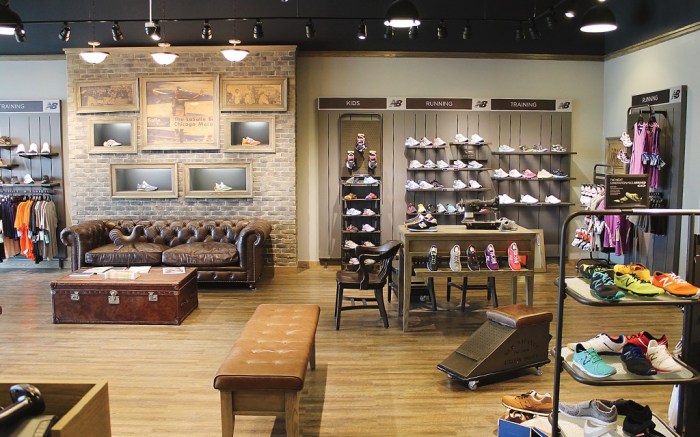 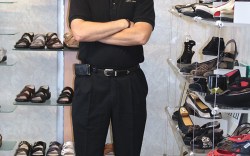 Karavel Shoes just turned 75, but the independent Austin, Texas-based retailer shows no signs of slowing down.

Earlier this year, the comfort chain expanded its presence in the market by opening a Karavel Shoes and a New Balance store in South Austin. The two locations follow the debut last year of another New Balance shop in the suburb of Round Rock, the chain’s foray outside the city.

Rick Ravel, owner of Karavel, said the new doors could help boost the retailer’s overall sales by as much as 25 percent for 2012. “South Austin is one of the fastest-growing parts of the city, and the South Park Meadow shopping center is the largest retail center in Austin with a Walmart Super Center, Super Target and Super Sam’s Club,” said Ravel. “It has been more than 25 years since we’ve had a store in South Austin, and we felt the timing and location was right for expanding.”

Karavel Shoes has been part of the city’s landscape since 1937, when Ravel’s father co-founded the first store, a Buster Brown shop downtown. Over the years, it has moved into the orthopedic market, eventually carving a niche in the comfort space. Today, the chain’s flagship, in central Austin, is a 15,000-sq.-ft. Karavel Comfort Center that includes a Karavel Shoes, Karavel Men’s, Karavel Wellness Center, Ecco and New Balance stores. The complex caters to core comfort and therapeutic customers, carrying such brands as Finn Comfort, Naot, Mephisto, Clarks, Rockport, Munro and Ecco, as well as higher-end lines including Thierry Rabotin, Anyi Lu and Arche. For the pedorthic market, it stocks the Aetrex and Drew brands, and two full-time certified pedorthists are on staff.

Although Karavel no longer carries children’s footwear, it serves the kids’ market through its New Balance stores. However, Ravel has no plans to grow that category, noting the store would compete against established players in the Austin area, including Stride Rite and Nordstrom.

While Karavel taps into a diverse customer base, Ravel admits the company has missed out on thirtysomething customers seeking trend-driven product. To lure this market segment, Karavel has introduced more contemporary brands, such as Camper, Earthies and Antelope. “Keen and Clarks also have some neat things,” said Ravel. “And we’re looking at different prod- uct from Sperry Top-Sider, GoLite and Naya.”

Andrew Fedor, sales director for Ecco, said Karavel’s openness to an assortment of premium brands is an advantage to the vendor.

To reach fashion consumers, Ravel has moved beyond advertising in traditional newspapers. Karavel ads now appear in The Austin Chronicle, an alternative newsweekly. “We’re starting to get our name out to a younger customer,” he said, adding that the store is also on Facebook and Twitter. In addition, the retailer runs spots on a range of cable TV stations, including news and sports, and is testing radio with a talk show targeting men.

Still, Ravel acknowledged that he’s vying with some formidable competitors for his share of the burgeoning consumer pie. “Austin has some pretty good retailers,” Ravel said, referring to retailers including Nordstrom, InStep, Whole Earth Provision Company, SAS and Dillard’s. Karavel also faces competition from online retailers, but Ravel said the Internet doesn’t intimidate him. “We sell service,” he said, noting that he employs 29 sales associates. “That’s all we do. You can buy product anywhere. We measure everyone’s feet. New customers are not used to that service. We need to make shopping fun. We’re a destination for feet that hurt.”

Joe Salzano, VP of sales for Clarks, also lauded the store’s edge when it comes to fitting consumers. “They have professional sales people,” he said. “Some [customers] have been coming for years with their foot concerns. Karavel’s [associates] know the shoes and understand their features.”

Earth Brands has been selling to Karavel for nearly 20 years. Debbie Delisle, VP of sales, said she, too, appreciates retail partners that put the focus on service. “[Karavel] is a true sit-and-fit store,” said Delisle. “They know the product. They’re amazing at working with their customers.”