How Well Do New E-tailers Deliver? 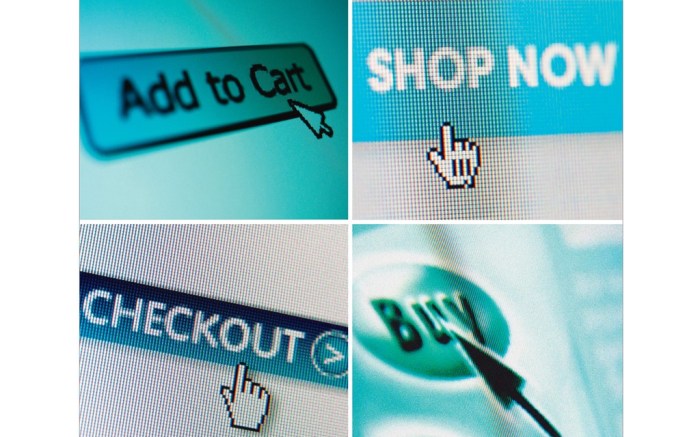 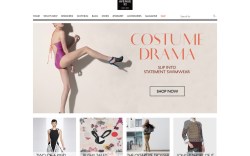 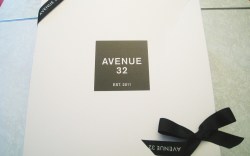 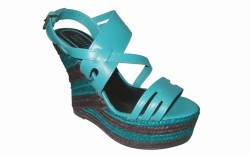 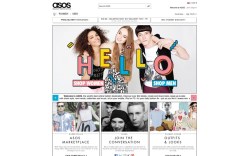 Zappos.com, Endless.com, Piperlime.com, Amazon.com, Shoebuy.com and others wrote many of the rules for selling footwear online, and competing against them is no easy task. Yet there is no shortage of newcomers looking to challenge the established heavyweights.

But how do these new niche players stack up in terms of selection, customer service and site navigability?

To find out, Footwear News sent a hired hand to shop and review the sites. Below is a first-person account of her experiences on Avenue32.com, Asos.com, Shoescribe.com and Ashburyskies.com. The assignment was simple: to find a pair of colorful, heeled sandals to wear with a black cocktail dress. Each site was assessed based on its design, speed, product selection, service and return procedure.

Avenue32.com
Launch: The London-based retailer debuted in December 2011.
Specialty: Women’s fashion-forward, high-end apparel, footwear and accessories
Shoe brands: 3.1 Phillip Lim, Chalayan, Edmundo Castillo, Jerome C. Rousseau, Temperley London Archive
Price range: $500 to $1,200
Unique feature: A nicely designed interactive, monthly “magazine” section shows on-trend looks, videos and designer bios and Q&As.
The experience: As I navigated to Avenue32, I easily found the sandals section because the website has such a clean design. The first shoe I saw — a bright aqua pair of Edmundo Castillo Sonia leather platform wedges with a striped aqua and brown sole — was perfect for my cocktail party outfit because they were unique, but I wanted to see what else was available.

I was a little disappointed that there were only about 30 pairs of heeled sandals on the entire site, and only a handful of them were in bright colors. I decided the Edmundo Castillo wedges were the best choice, and at $575, they were even on the lower end of Avenue32’s footwear prices. After a competitive search online, I found a few other sites offering the same brand and wedge style in different colors and prices, but Avenue32 was the only one carrying the style in aqua.

Since Avenue32 is based in London and I am based in the U.S., I expected an additional shipping cost, but the $28 charge still struck me as steep. (Later, my credit card would show an additional $6 “foreign transaction” charge.)

The checkout process went smoothly, and I liked that my confirmation email came immediately. My shoes shipped the next day. I was impressed to receive them four days later, albeit in a beat-up blue plastic bag that was taped over an immaculate white box with a black bow on it. Overall, the shoes were lovely and packaged wonderfully.

For the return, I emailed customer service and requested to drop the box at my local UPS shop. The next morning, I received an email telling me that instead a “courier service” would pick up the box. I had to print out three copies of the return invoice. Then, I found out I couldn’t use the prepaid UPS label that was included in the shipment and had to print out another FedEx label. Confused? So was I. Evidently, the firm no longer uses UPS, yet all the return directions on the site specifically name the carrier. After a couple days of email exchanges back and forth, Avenue32 sent me a FedEx label.

Finally, with the box packed in a provided blue bag, it was picked up by FedEx. My notice for the refund came six working days later, and I was pleased not to be charged for the return shipping; the refund appeared on my card a day later.

Bottom line: Throughout the whole return process, the company was nothing but kind and professional, but I couldn’t help wondering if the e-tailer made the return process more complicated than it needed to be.

Asos.com
Launch: Based in London, the site launched in 2000, while the U.S. site debuted in 2010.
Specialty: A wide range of women’s and men’s apparel, accessories and footwear
Shoe brands: Blowfish, Fred Perry, Palladium, Robert Clergerie, See by Chloé, Ted Baker
Price range: $10 to $800
Unique feature: A “marketplace” section allows shoppers to buy and sell new, pre-owned and vintage items.
The experience: At Asos.com, I found the women’s shoes section easily, and the site offered more than 250 pairs. I found a pair of $99.42 red Asos Horizon leather wedges with a double ankle strap and a colorful weave in the wedge. Using the 360-degree view feature, I decided they might be a keeper.

I did a quick search on Zappos and found a pair of red $65 Anne Klein wedges with a similar design weave in the heel but decided the Asos pair were more unique.

Checkout was easy and included creating an account. (I also was charged a $1 foreign transaction fee.) The site offered free shipping, and I received an order confirmation email right away. And less than 12 hours later, I was notified that my order had shipped.

However, I did not receive my package for another six working days. It arrived in a partially torn gray bag that looked like it had seen a rough journey. The black shoebox inside was equally banged up. The shoes, however, were in good condition, and the leather quality was nice.

The return was straightforward with a pre-made label supplied with the shipping materials, but I was unsure whether to re-use the ragged plastic bag the box came in. I was able to cut off some torn areas of the existing bag and tape up most holes. Thankfully, I returned it with no questions to the post office. Three working days later, I received a notice that the shoes had made it back to the warehouse. Then, three days after that, I was notified that the refund was issued, which appeared on my credit card statement a couple of days later.

Bottom line: Overall, I was pleased with Asos’ ordering process and shoe selection.

Shoescribe.com
Launch: The site, owned by Bologna, Italy-based Yoox Group, debuted in March 2012.
Specialty: Moderate to high-end women’s shoes
Shoe brands: Alexander Wang, Marc Jacobs, Tabitha Simmons, Opening Ceremony, Jil Sander
Price range: $80 to $1,200
Unique feature: Resident shoe guru Ms. Suzie Scribe offers styling advice.
The experience: Upon visiting Shoescribe.com, I navigated to the pumps and heels section, where I had 258 choices. At first, I found it confusing because when I clicked on a shoe to view details and then hit the “back” button, I wasn’t returned to the same page I had been browsing. Later, I realized the site actually opens specific shoe details right on the existing page (no need to click on products) and ultimately I found this to be a nice feature.

I made several passes through the pumps section before heading to the sandals and clogs area, which offered 651 choices. A pair of heeled Marni sandals in bright yellow with black piping piqued my interest. At $543, discounted from $775, they matched the high-end vibe Shoescribe tries to achieve. After a quick Web search I found the same shoes on another specialty website for full price, making this feel like a deal.

I registered at Shoescribe easily and was surprised to get free shipping despite first seeing a standard $10 charge. I received my order confirmation right away. The next day, my order shipped, and the following day, I received my package.

The shoebox was wrapped with a black bow with a small leaflet on the side. The insert explained that it included stickers designed to label the shoebox for easy closet organization. Formatted labels could be downloaded from the website as well. It’s a cute idea. As for the shoes, they were made of beautiful leather and felt luxurious.

To return the sandals, I logged on to the website and easily requested the return. I did have to pay $6 to ship back the shoes. But on the bright side, the company included a convenient UPS return label. The firm emailed me with the return receipt a couple of days later confirming my expected refund, which was credited to my account two days later.

Bottom line: I was impressed with Shoescribe overall, not just for the quick service but also for the website’s easy-to-navigate format.

Ashburyskies.com
Launch: The San Francisco-based site debuted in 2011.
Specialty: Women’s dress and casual shoes
Shoe brands: Jeffrey Campbell, Haus of Price, Matiko, Minimarket, 80%20
Price range: $100 to $400
Unique features: A seasonal lookbook gives users ideas on how to wear the shoes.
The experience: Since shoes are Ashburyskies’ sole focus, it was easy to find the section I wanted, but I was disappointed that none of the roughly 30 pairs of sandals jumped out at me. A pair of $155 suede, melon-colored Julie wedges by Dolce Vita somewhat appealed to me, though they weren’t my ideal choice to pair with a cocktail dress.

After perusing the site’s other shoe categories, I decided to go with the Dolce Vita sandals.

The ordering process was smooth and included free shipping. As with the other sites, I received an order confirmation immediately. Comparatively, I saw the same pair of wedges on Zappos for $161, and they’re $179 directly from Dolcevita.com. At Amazon.com, though, the shoes cost just $133.

My order shipped about 24 hours later, and I received the package via FedEx a week later. Before I even unwrapped the shoes, I noticed a surprise gift that was included with my order — a brown leather bracelet with red, black and yellow rope. Unfortunately, I was only able to handle the bracelet for a second or two before the ropes came apart on one end.

The shoes, though, were attractive and packaged neatly. However, one of the sandals had a small defect near the stitching on the right side.

When I accessed the website and submitted my return, I had to wait for “approval” to print my return labels. After being approved, I waited 12 hours to receive a return label.

Seven working days later, my return was processed. My refund showed up four days later, minus a $6 return fee similar to the one charged by Shoescribe.

Bottom line: Despite its limited selection, I found Ashburyskies to be a good, fast site. Nevertheless, it was disappointing how long it took for my shoes to arrive and for the return process to be completed.