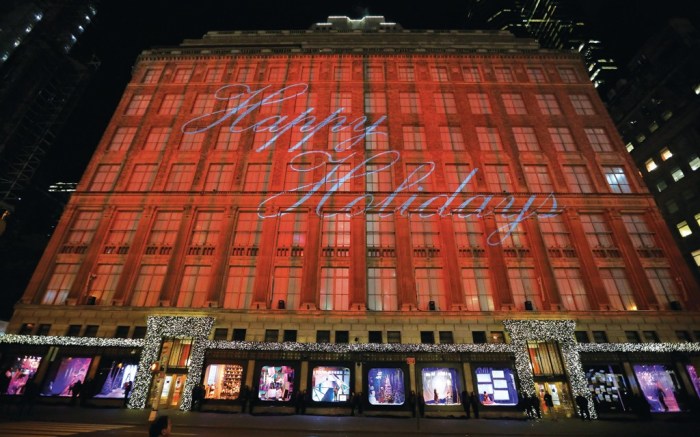 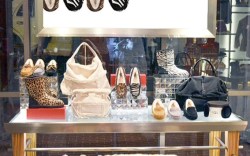 The jury is still out on the critical holiday season.

From chains and department stores to independents, retailers said the confluence of forces, including Hurricane Sandy, unseasonably warm weather and the so-called “fiscal cliff,” are creating an unpredictable business climate.

“I used to have a gauge on what kind of sales to expect, but now it’s just up and down,” said Roz Veimeister, owner of New York-based Shoofly.

Peter Hanig, owner of Hanig’s Footwear in Chicago, agreed: “This holiday season is hard to predict because there is just so much uncertainty out there.”

Garry Groo, owner of Middletown, N.Y.-based Groo’s Shoes, echoed the sentiment that the lingering effects of Hurricane Sandy, along with political sparring over the possible expiration of the Bush-era tax cuts, are creating an anxious mood among consumers.

“There are so many unknowns out there,” he said. “Customers are saying, ‘I want to be a little careful.’ A tremendous amount of people are holding back because they don’t know what to expect if taxes go up on Jan. 1.”

Udi Avshalom, owner of New York-based Training Camp, said he worries that consumers impacted by Hurricane Sandy, and even those who experienced the storm only through their televisions, are now in a back-to-basics mindset that isn’t conducive to shopping for fashion items.

“With this storm, you had tens of millions of people who were instantly humbled. It gave people time to rethink what is really in the ‘need’ column. A whole lot of money that would have gone to boots, clothing, vacations and Christmas gifts went into buying a generator,” he said.

Department store executives and analysts, however, were more upbeat on their prospects, although they admitted the environment has been challenging.

While Saks Inc. Chairman and CEO Steve Sadove noted that Hurricane Sandy is impacting fourth-quarter sales, he has faith business will pick up. “Things are steadily returning to normal,” he said in a recent earnings call. “We feel very comfortable that, over time, the business comes back. We’ve seen it after 9/11, we saw it after Katrina and I’m seeing it in the normalized behavior we’re looking at today.”

Karen Hoguet, CFO of Macy’s Inc., also said a 4.2 percent comp increase for the quarter remains achievable for the firm, even though a weak, storm-impacted November is expected.

For his part, Erik Nordstrom, EVP and president of stores at Nordstrom Inc., is upbeat about post-holiday enthusiasm.

“The week after Christmas has been emerging as a more and more important time for us,” he said in a recent conference call.

“Department stores should be up 3 or 4 percent over last year,” said Michael Binetti, an analyst at Citi Investment Research. “Holiday [sales] could be very healthy.”

Marshal Cohen, chief industry analyst at The NPD Group, said retailers have good reason to be upbeat heading into the shopping season. He expects footwear sales will increase by 4.3 to 4.5 percent over 2011, outpacing the 3.5 to 3.8 percent NPD is predicting for total holiday sales growth.

He also pointed out that, for the first time, footwear was voted in NPD’s annual survey as one of the top 10 gifts consumers would like to receive this holiday season. “The consumer is telling me something really great is happening for footwear,” he said. “We don’t normally think of footwear as a gift item. So it’s really all about footwear moving into the holiday business, and retailers and brands alike need to figure out how to understand that. There is a real opportunity there.”

As far as which shoes would make popular presents, Neiman Marcus SVP and fashion director Ken Downing said, “The smoking slipper is everything — for him [and] for her to wear for the holidays, and to give as gifts.”

“Most of the cold-weather business is done after Thanksgiving, and retailers understand consumers are thinking about shopping, so they’re doing the best they can to capture sales,” he said. “There are two extra shopping days between Thanksgiving and Christmas versus a year ago, so that should help.”

What also will help move product is promotional activity, which most agreed will be high and probably early.

Deborah Weinswig, analyst at Citi Investment Research, said, “We expect retailers to fight for share with earlier openings, deeper promotions and more communication through digital and social media. Staggered openings and a focus on value may lead shoppers to cherry-pick, further pressuring margins.”

Target Corp. Chairman, President and CEO Gregg Steinhafel confirmed in an earnings call, “Every year we invest aggressively in price to provide value during the holiday season … [and] we expect the season to be highly competitive and promotional.”

David Assil, owner of Madison in Los Angeles, said, “Everybody has started promotions earlier this year. I saw an Intermix email in September [announcing a sale] on stuff that just hit shelves. People are getting aggressive.”

Even Lord & Taylor kicked off its after-Thanksgiving promotions last Tuesday, offering an extra half off select items before the actual holiday. The retailer switched it up further by breaking with tradition to open for business on Thanksgiving Day, while its competitors in Manhattan — Saks Fifth Avenue, Bergdorf Goodman, Macy’s and Bloomingdale’s — stayed shut.

While Famous Footwear elected to keep about 350 stores open on Thanksgiving, it expressed optimism about its ability to avoid excessive markdowns, especially on boots, which will continue to be sales drivers for the season.

“The advent of the $20 boot promotion seems to be worldwide, so that is the one thing people have gravitated to. We don’t have that in our mix. We just don’t think it’s something that fits our strategy or that we feel [is] worth the time and execution to do for a low-margin business,” said Rick Ausick, division president of Famous Footwear. “We think we can get our customer just as we did last year. We believe it’ll be fine.”

DSW Inc.’s vice chairman and chief merchandising officer, Debbie Ferrée, was equally confident. “We have made the appropriate pricing adjustments to reflect what the customer is telling us in terms of what they want to pay for certain things within the boot business,” she said. “We are not going to take an overly aggressive position in giving away the farm in boots, because we don’t have to.”

“Boots are must-haves in several varieties,” said Trisha Sweeney, head of merchandising for Shoebuy.com. “The riding boot is still very strong, especially from brands such as Frye, Timberland and Born. Also, booties have hit the trend big, with key styles from Vince Camuto, Nine West, Clarks and Naya. As weather permits, winter boots will soar from brands like the North Face, Ugg Australia, Sorel and Koolaburra.”

Others retailers chimed in on the possible resurgence of Ugg product, weather permitting. “We’re pretty confident of that continuing. I don’t know if it will be at the level it was, but we still think it’s going to be pretty good,” said Hanig.

Groo added, “[Ugg has] been good for me for the past eight or nine years.”

Karmaloop.com founder and CEO Greg Selkoe also expected Ugg and Sorel to be strong sellers, as well as limited-edition product. “For us, we’ve always seen limited-edition sneaker collaborations do very well and drive a lot of excitement, like Alexander McQueen for Puma, Vans and Jeffrey Campbell,” he said.

At Madison, Assil cited Fiorentini & Baker and Officine Creative as standout boot styles in his store. “It’s our new find, and we’re doing really nicely with them and Calleen Cordero,” he said.

Steve Silver, president of Cleveland-based Next, however, noted that given the promotional activity and boots trend over the past few years, he doesn’t see that as a strong business this holiday season.

“The customer has learned that perhaps they don’t need to buy as many boots with the weather being so warm throughout much of the season last year,” he said. “If they did buy boots [last year], they bought them heavily discounted, so they bought two or three pairs. That’s probably going to affect a lot of boot sales this year.”