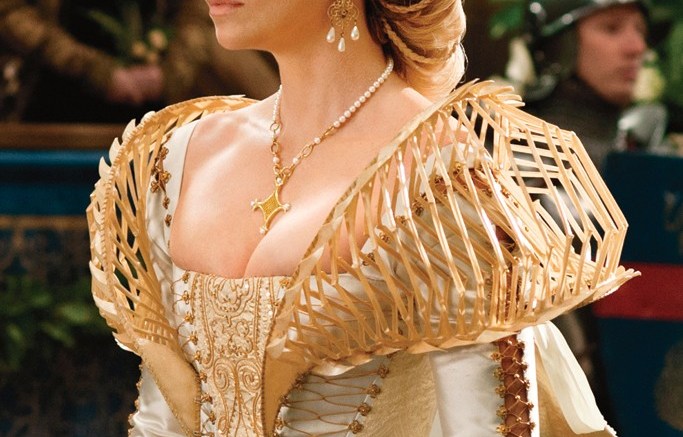 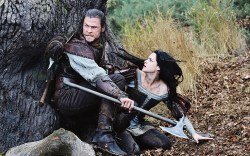 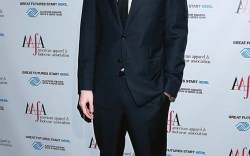 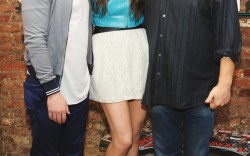 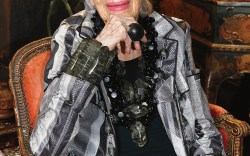 Fair Lady
Who is the fairest of them all? In “Snow White & the Huntsman,” out June 1, Universal Pictures offers a modern take on the classic fairy tale, with footwear to match. “I was trying to capture a mood of medieval fantasy, but with an updated vibe to it,” said the film’s costume designer, Colleen Atwood. “The inspiration was the 10th and 11th century, but in some strange way, the [shoes] and clothing were pretty simple and modern.” Here, Atwood sounds off on styling the fierce footwear for the fair ladies: Snow White (played by Kristen Stewart) and the evil Queen Ravenna (Charlize Theron).

Any hints on major footwear moments or brand sightings?
“I [special-ordered footwear] both for Charlize and Kristen. Ferragamo has this retro line based on the 1930s, and they had a beautiful suede wedge heel that looked like a medieval shoe. I made a couple pairs of shoes for Charlize, including a gold pair for her wedding. Kristen’s shoes were all custom designed. Chris [Hemsworth] had really great leather boots that came up to his ankles. I made leg greaves that go over them to give the look of a big boot.”

So you designed a lot of the footwear in the film?
“Yeah, I always do in my movies when I have the money because I love doing the shoes. It’s a fun aspect of it. I did all the dwarves’ shoes. They had kind of those 1960s-style pointed toes.”

Did you take off-screen personalities into consideration when making the shoes?
“Yes. With Kristen, I don’t think she wanted to spend six months of her life wearing [stilettos] in the woods. So I took in mind who Snow White was and who Kristen was and tried to back into it that way. With Charlize, she was willing to suffer for the character. Because she has so much height already, I wanted to exaggerate her power by giving her even more height. So she was in platforms most of the movie, [including] a great [Miu Miu] platform.”

War Games
Michael Phelps may be gearing up for the London Olympics, but he still finds time to relax after a long day of training. “When I get downtime, I really just sit on the couch and play video games,” the gold-medalist told Spy. “‘Call of Duty’ is pretty much the only game I play.” And Phelps, who plans to retire after this year, should have more downtime soon for gaming — and also for philanthropy. The athlete was honored with the Humanitarian Award last week at the American Apparel & Footwear Association’s American Image Awards. “Helping kids learn how to swim puts the biggest smile on my face,” Phelps said of his namesake charitable foundation.

Reel Deal
Rocking out is often the topic du jour for Steve Madden, but this time the shoe mogul had movies on his mind as well. While Madden wouldn’t reveal details, he said a film is in the works that is “not about me, but about something that I was involved with.” He was also mum on which actor might take on the role. “Not Jonah Hill — I hope he’s not playing me,” the designer quipped while celebrating the kickoff event last week for his Steve Madden Music Summer Concert Series. Pop duo Karmin was spotlighted, performing for a packed house at Madden’s Ludlow Street store in New York. Vocalist Amy Heidemann and keyboardist Nick Noonan added that they hope to spend the next few months on tour. “We’re looking for a bigger band to kind of take us under their wing,” Heidemann said.

Wise Words
Could the shoe biz be next for 90-year-old Iris Apfel? Already well-versed in jewelry, eyewear and makeup, Apfel is adding handbags to her repertoire for fall. After telling Footwear News a few months ago about her desire to get into shoes, Apfel said she’s still holding out hopes. “I would love to do something with shoes if someone asked me,” she said. But for now, the style icon celebrated her Extinctions line of hobos, totes and cross-body bags with an event at The Empire Room in New York last week. “I like the big fat one,” she said of her favorite piece from the collection, a shaggy shoulder bag.