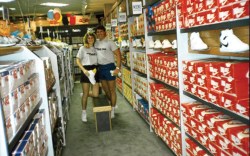 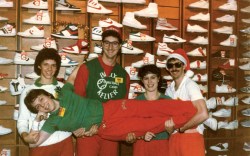 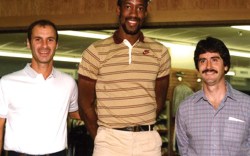 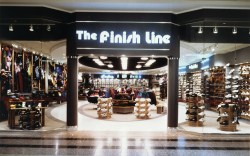 From the beginning, Finish Line set a fast pace for growth, and it has celebrated some major highlights along the way.

1992 — John Domont is bought out and The Finish Line Inc. becomes a publicly traded company.

1998 — The retailer launches its Youth Foundation to fund nonprofit organizations that develop active lifestyle programs for disabled or disadvantaged children.

— The company cracks $500 million in annual sales as it becomes the second-largest athletic retailer in the U.S., with 460 stores.

— The firm is named as a Retailer of the Year by Footwear News.

2007 — Finish Line agrees to buy Genesco Inc. for $1.5 billion, but the deal eventually unravels and a lengthy legal battle ensues.

2008 — The retailer partners with Nike to open a new concept called Finish Line Ltd., which eventually was phased out.

— A new e-commerce division is established, and Donald Courtney is tapped to lead it.

— Samuel Sato is appointed president and chief of merchandising for the chain.

2011 — Finish Line acquires The Running Co. for $8.5 million plus assumption of debt.

2012 — The retailer develops a multi-year partnership with the Special Olympics.