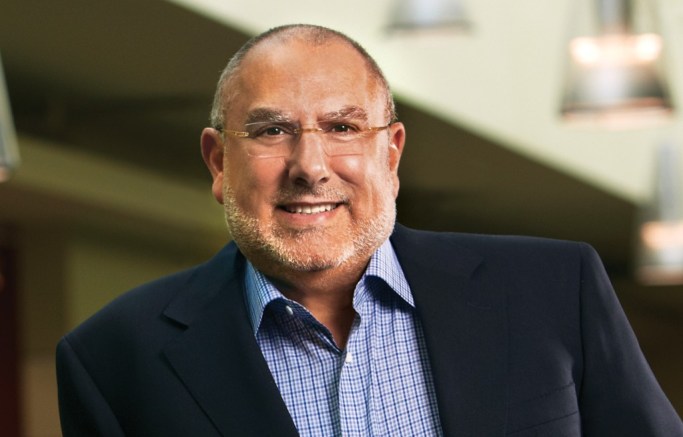 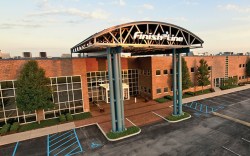 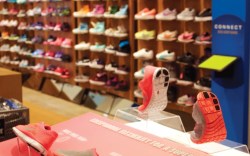 With Finish Line Inc. in the middle of a $90 million overhaul of its technology, digital, supply chain and merchandising systems, the chairman and CEO has been spending recent weeks convincing Wall Street the results will be worth the expense, even if some analysts believe the retailer is shelling out too much, too fast.

But the New York-born executive was feeling chipper during an interview in his corner office in Indianapolis in May.

“I love the fact that [retail] changes,” he said. “When I was growing up in New York, retail was about neighborhood businesses. When I started out at Macy’s, the mall was just starting to grow as the main outlet for people to buy. Today, no matter how the customer wants to do commerce with you, they can do it.”

Having begun his retail career nearly 40 years ago, Lyon is well versed in how drastically the sales landscape has changed, so he is eager to defend the role of technology in the industry today.

His thesis is that retailers have a misperception that the Internet will diminish the viability of brick-and-mortar stores.

“It won’t,” Lyon stressed. “We need to eliminate this cross-channel, multichannel discussion. What we have to do is bring the Internet and all this digital [advancement] into the store so that the experience a customer has is transparent. They can come to the store, see the products and still order it over a tablet we have at the store.”

Finding ways to grow the 640-door Finish Line chain is what motivates Lyon to make what he calls significant investments in the core business.

“The only way to grow a company in the past was to buy another one. The truth is, that’s part of what we need to do. We need to use our core competencies and select businesses out there that fit,” he said, referring to the firm’s 2011 acquisition of The Running Co. and its subsequent deal to let Gart Capital Partners run that business.

While Lyon wouldn’t identify other categories ripe for specialty chains, Sam Sato, president and chief merchandising officer at Finish Line, hinted, “We’re looking at all sorts of ways to enhance the Finish Line brand and our running specialty. There are a lot of data points we’re looking at. For example, 50 percent of performance runners also cycle.”

Here, in a wide-ranging interview, Lyon weighs in on the firm’s omnichannel rollout, big deals and threats to the mall business.

You’re betting big on digital and e-commerce. Who are your rivals in that space?
GL: The likes of Amazon.com and Zappos.com. Our people are glued to the Internet now figuring out what Amazon is doing and what its next game plan is. The supply chain [used to be] about how to get it from the factory to the store. Then from the store, the customer came in, bought the shoe and took it home. Now, it’s all about how to get it from the factory to the customer’s house, [and the buzzword is] same-day delivery. I have a theory: One day, Amazon is going to buy FedEx. If you order [something] by 10 a.m., Amazon will have it to you before 4 p.m. Then, if you can’t [match] that, you won’t be competitive.

Isn’t that extreme?
GL: This isn’t science fiction — it’s real. Whereas it used to be ‘Who has the product?,’ it’s going to be not only who has it but who has it and can get it to the customer in a way that’s easiest for the customer. Consumers want to be able to order something, not leave their house or spend four hours in a car, but have the same experience as if they went to the mall. If we have any other expectations than that — if we invest our capital with any less expectation than that — we’re not going to keep up with what customers want from us.

How is that going to affect your costs in the future?
GL: I can’t absorb all those costs. My vendor partners, shipping partners, everybody is going to have to absorb them. But the reality is that’s what the expectation is. Everyone is going to have to use technology to look for efficiencies. We’re not telling anybody that this company is making less money. We’re telling people we’re making an investment today so we can grow and become more profitable by being competitive. It’s not a defensive move, it’s a totally offensive move. And Wall Street misses that sometimes because they’re looking for short-term wins all the time. We look at our shareholders every day, but there are times when you have to invest in things that keep you ahead of the pack.

What impresses you about the athletic industry right now?
GL: There’s so much going on with a broad group of vendors. Business is good and people are reinvesting in their businesses. Take a company like Brooks, which is great technically but fuddy-duddy in terms of style. Now, though, they have things such as PureProject — it’s not just lightweight but also aesthetically a great shoe. My wife, who doesn’t run, has two pairs of them just because they’re cool. As soon as something like that happens, someone like Nike gets pushed a little bit, they elevate their game and that moves everyone up.

Speaking of casual lifestyle vs. core athletic, which segment is more inventive?
GL: Athletic. This innovation cycle has upped the game for both aesthetics and performance. You don’t have to sacrifice the aesthetics for a shoe that’ll perform for you. Performance just means comfort. These lightweight shoes are comfortable whether you’re a college student walking in them going to class or if you’re a woman who doesn’t want to wear high heels until you get to the office.

There’s been lots of talk about the weather’s impact on retail this year. How do you feel?
GL: If you ever see a quote from me blaming the weather, you’ll know I was not in a proper state of mind. For us, the boot and sandal businesses are such small parts of our business that I’d imagine we’re the least affected by weather. And we’re the least affected by recession. We also boom during times of economic strength. So if our business isn’t good, it’s usually our fault.

What’s your advice to firms that have to deal with these fluctuations in their businesses?
GL: You have to take advantage of the good times and use the leverage you have during the difficult times — the relationships you have with your vendor partners, the willingness to recognize when there’s a problem and face it significantly.

You bought The Running Co. for $8.5 million hoping it will grow to $250 million. What other markets presents a similar opportunity?
GL: If I tell you that, I’ll have to shoot you. [But I’ll say] the goal is not to stick to specialty running. And chances are we will partner with Gart Capital on other businesses, too. Part of what we like about them is their expertise and experience. And with other opportunities that come about, it lets us use them to help us grow. It’s a matter of speed and confidence.

What acquisition size is the sweet spot?
GL: Anything from a really small business with a big future to a business that’s $100 million. We think a strong balance sheet serves us well and we aren’t out there seeking the high risk of a major play. We’re looking to grow by utilizing our core competencies in any business we get involved in. It must have [assets that] add to what we do and where we can add to what it does.

So you’re not looking for another Genesco-type deal?
GL: I don’t see that as a necessity today. When we ventured into that, it felt like the right time to do so. They had great management, a strong leadership team and pure size and strength. It just happened that the financial markets crashed at that moment and it put all of us in jeopardy. But it was about [expanding] core competencies, which was shoes, and it spread to other categories so we wouldn’t be dependent on one.

Fewer people are frequenting malls. How does that affect store planning?
GL: The productivity of existing malls will have to go up because of omnichannel, because we will create new reasons for people to go to malls to start to rejuvenate traffic. But there’s no need to spread the profits across 1,200 instead of 800 malls. We’d be able to grow the business at 20 percent or 30 percent fewer destinations than today. I’m not a doom-and-gloom guy on malls. I want to invest in the mall and invest in our stores, just not in places where traffic is diminishing.

How many stores does Finish Line have the potential to include?
GL: The Finish Line of the future [will have] plus or minus 100 more stores and productivity of 20 percent to 30 percent higher than what we have today.

What is the international opportunity for Finish Line?
GL: Ultimately — I would say beyond five years — we’ll have to be an international business. We’ve been traveling around the world, developing relationships with people who operate businesses that we could partner with. I’d much rather see us partner with someone overseas who has the local perspective and expertise than see us in startup mode on our own. But in the short term, you’ll see us get into other businesses domestically before we go overseas.

Where do you see Finish Line in the future?
GL: The world is changing fast. We used to be able to talk in 10-year increments. But now, anyone who talks beyond five years is being foolish. You think what we would have said five years ago about technology and mobile commerce and e-commerce and nobody would have believed it.