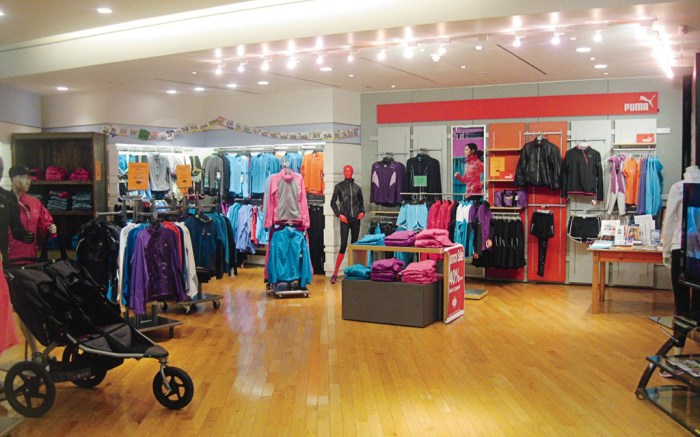 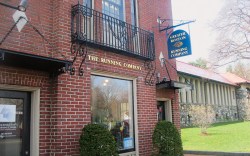 With its September 2011 acquisition of the 18-store Running Co. chain, the Indianapolis-based firm jumped into a new channel and a new way of relating to consumers.

“We saw [the acquisition] as this great opportunity to take a small business to $200 million or $250 million. That’s our goal,” said Finish Line CEO Glenn Lyon, who did not cite a specific year for reaching that target.

The buy, which Finish Line completed for $8.5 million plus assumption of debt, gave the company a number of small, community-focused running shops largely concentrated on the East Coast. They are operated under various banners, including New York Running Co. in Manhattan; Princeton Running Co. in Princeton, N.J.; Georgetown Running Co. in Washington, D.C.; and Austin Running Co. in Austin, Texas.

The deal also made Finish Line an instant player in specialty running. That category, which has seen sales triple in the past 10 years, is expected to hit $1 billion in the next two years.

While specialty running is a small segment — the overall U.S. running market for footwear is estimated by SportsScanInfo to be $6.5 billion — its double-digit sales increases and intense consumer loyalty has made it attractive to the broader industry. In 2009, Foot Locker opened the first of three specialty-like concepts under the Run by Foot Locker name, and this summer Dick’s Sporting Goods plans to open a dedicated running door in Pittsburgh.

Finish Line hasn’t been blind to that potential. “When we put together our strategic plan in 2009, we identified the need for additional growth initiatives because Finish Line itself, longer-term, would have limited growth for us. There’s lots of growth for us in the next five years, but we get to the point where we’ve optimized the Finish Line business in the U.S.,” said CFO Ed Wilhelm. “[The specialty run channel] is a $1 billion market and it leverages our core competencies. We have relationships with all the brands those stores do business with. We can leverage our distribution network and manage things more efficiently than these people could do on their own.”

Wilhelm noted that successful specialty run stores need to create strong ties to their local communities, through sponsoring races, hosting events and working with area track clubs and running clubs. “That requires capital,” he said. “We’ve got the capital to do that.”

But it’s not a matter of plug and play. Finish Line has aggressive goals for the chain: It expects to increase sales to $150 million by 2016, from an expected $30 million to $35 million in 2012. Execs said the key will be to maintain the independent, community-linked feel of the existing stores and make smart buys at the right prices for additional doors. To that end, in May Finish Line linked with private equity firm Gart Capital Partners, specialists in the sporting goods category that had taken similar positions in the resort ski shop world. For a $10 million investment, Boulder, Colo.-based Gart Capital assumed responsibility for the daily management of The Running Co. and all planned expansions.

“The plan for growth is threefold: through acquisitions, through opening doors on our own and through [the launch] of Run.com,” Gart said. “We’ve met 10 potential acquisition targets already. We’re going to take everything from Finish Line that could impact the customer — the website, buying, marketing — and aggressively move it to Denver so we can create a new business and culture. We want to announce one new location and one new acquisition in the next three months.”

Gart Capital also will be spearheading the launch of Run.com, the Web property Finish Line bought to take the Running Co. business online. The company is testing a version of the site now, with a tentative public launch date of August.

Some observers remain cautious about the strategy. While he believes the plan will “eventually bear fruit,” Susquehanna Financial analyst Christopher Svezia warned in a note that the planned cash investments and the five-year maturation date for new stores means that Finish Line is tying up significant capital that could be used elsewhere.

Still, the effects on the specialty running segment could be sizable, according to Parker Karnan, president of the Independent Running Retailers Association.

“I look at [Finish Line and Gart] as being formidable,” he said. “[Their presence in the market] raises the value of running stores going forward, and that’s good for people in business for 20 to 25 years who are looking for an exit plan. But from the other side, it’s more competition. It’s going to force specialty run stores to ask themselves, ‘How am I going to make myself a better operator?’”