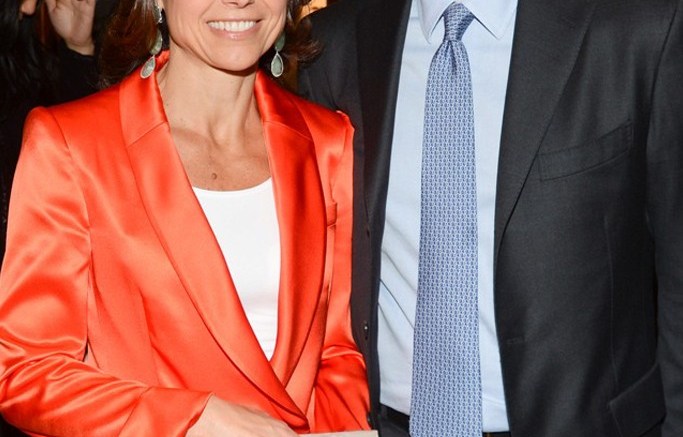 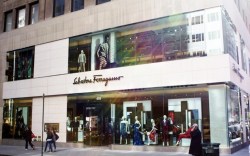 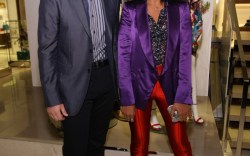 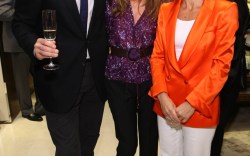 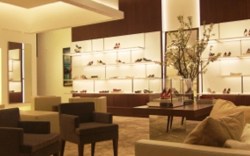 The packed party included plenty of champagne, gourmet hors d’oeuvres and a stream of glam guests including jewelry designer Zani Gugelmann, fashion entrepreneur Hannah Bronfman, accessories designer Genevieve Jones, and Solange Knowles, who served as the evening’s DJ, as well as members of the Ferragamo family, including Massimo and Chiara Ferragamo, and James Ferragamo.

“This represents the world of Ferragamo,” Ottomanelli said. “All the products that we carry on a worldwide basis are here, so we wanted to make [the flagship] more warm and elegant, like our luxury consumer deserves — as warm and as luxurious as our Ferragamo family.”

The executive added that, in addition to better showcasing the brand’s expanded ready-to-wear collection, the redesign also allows for Ferragamo’s footwear, which is core to the brand’s heritage, to stand out.

“On the women’s side, Ferragamo Creations is represented,” Otomanelli said, referring to the brand’s special-edition styles from the archives. “We have always had [Creations] here, but we’ve elevated it even further [with] a special room dedicated to the Creations collection.”

The event also had a charity angle, with a phalanx of company-hired photographers snapping shots of the guests, who would then be asked to post their images on Twitter, Facebook and Flickr. Ferragamo has pledged to donate $20 to Memorial Sloan-Kettering Cancer Center’s Pediatric Family Housing Endowment for each photo shared through Sunday.