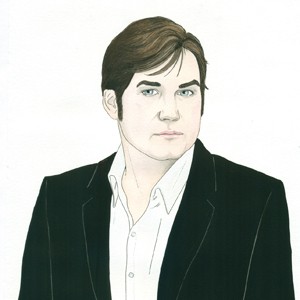 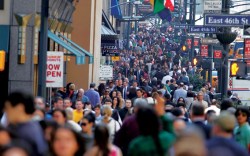 While the world is glued to the Olympic Games unfolding in London, industry eyes are on another high-stakes competition — the one playing out in Manhattan department stores.

In what’s shaping up to be one of the most dramatic and expensive revamps of department store footwear offerings, virtually every major name has recently opened — or unveiled plans for — lavish new shoe temples in an all-out bid to one-up each other.

This wave of unrivaled expansion confirms footwear’s selling power amid chaotic economic times and proves that the big doors are increasingly banking on shoes as eye candy to steal the hearts and soles of shoppers. It is a war that is destined to go down in retail history.

The expected fireworks have a lot to do with timing and bragging rights. In a rare show of strategic unity, Barneys, Macy’s, Lord & Taylor, Saks Fifth Avenue, Bloomingdale’s and Bergdorf Goodman are all in serious expansion mode in the same time period. Some have opened already, while others are set to launch in the months ahead. The biggest will be Macy’s, a department so vast it will claim the prize as the world’s largest shoe floor once it takes off the wrapping this fall.

Macy’s grabs the title from Selfridges, which threw down the gauntlet in 2010 with a shoe department so large it became a tourist attraction. The British chain also drove the rest of the world’s majors back to the drawing board to create multibranded shoe collections that scale the high-low mix.

The New York crowd, already seeing the success Saks enjoyed when it opened its zip-coded department in 2007, has always been into shoes. But once the Selfridges temple opened and Harrods remodeled last year, the Americans moved in for the kill.

While an across-the-market upgrade spells war for the majors, it is a strong statement about the power and passion for the category. Because footwear held up remarkably well during the recent recession and shows little signs of waning, top firms have decided that now is the time to up the ante with deeper selections that house contemporary and luxe names, old and new.

The focus on New York’s role as the epicenter of American retailing has been amplified by the record number of tourists that are combing the racks of the local department stores. The big retail decision-makers are eager to mine an audience that is vast, influential and increasingly obsessive about shoes.

That passion has been focused mainly around the incredible connection between female shoppers and footwear. But retailers know that the infatuation has extended to young male shoppers and the powerful kids’ business. Shoes are hot and each of the big names wants to own the business.

The New York shoe competition will be good for many and challenging for some. Shoppers will clearly be the beneficiary of this temple-building, while many designers and brands should also see a lift as competition drives the department stores to add more diversity to their newly enlarged mixes. Many in the industry hope the retail giants will embrace more emerging brands to differentiate their offerings. Young designers are looking forward to the exposure that comes with distribution at a major.

But the city’s independents could feel the heat as the department store channel sharpens its edge.

And there will be the inevitable tensions between retailer and wholesaler as the big get bigger and their pens get mightier. Some industry watchers worry there will be too many players fighting for the same customer.

We will see. The competitive tension surrounding the high-stakes shoe showdown has been building over the last year and will continue well into 2013 as one store after another unveils its version of a shoe mecca.

The true test will come when all these massive departments are up and running, fighting for market share. Or will it? The battle could intensify further in 2018, when the king of shoes, Nordstrom, opens its long-awaited Manhattan location.

Let the games begin in the shoe capital of the world.