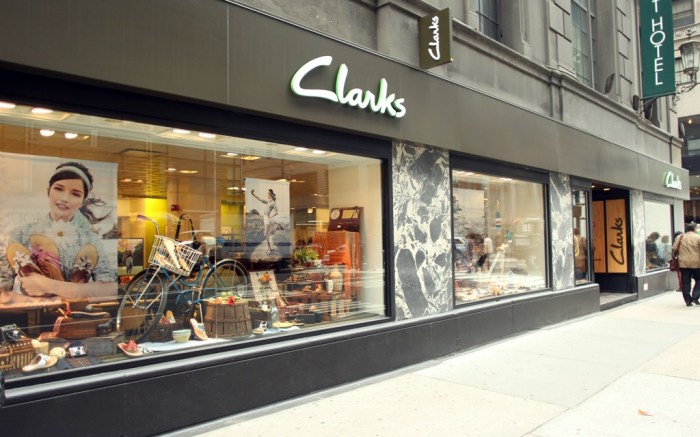 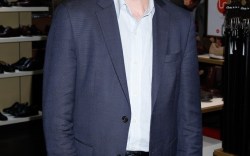 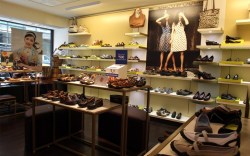 The company’s high-profile Madison Avenue location received a makeover, turning it into its New York flagship.

The revamped store was unveiled on Tuesday at a reception attended by a number of Clarks executives, including Jim Salzano, president of Clarks Cos. N.A.; and Melissa Potter, CEO of U.K.-based parent company C&J Clark. The event kicked off with a fundraiser for New York children’s charity Free Arts NYC, with 10 percent of store proceeds through June 1 going to the organization.

According to Potter, while all flagships have the same format, each will maintain a distinct look through customized window schemes. For summer, Madison Avenue features a seasonal sea theme by production designer and stylist Gille Mills.

The Madison Avenue store is part of a global redesign initiative that rolled out in 2011. To date, 31 stores in the U.S. have been updated with the more modern look. Clarks operates 1,000 full-price stores around the world.

“It’s the first time Clarks has had a truly global store,” said Salzano, noting locations in Shanghai, London and Madrid will be included in the redesign initiative. “It’s an investment in Clarks as a global brand and a way to take [Clarks] to the next level.”

Salzano added that because the store’s size almost doubled to 5,126 square feet, it now can accommodate an expanded product assortment and could ultimately double store sales. The store also will include a new Originals buildout, limited to flagships.

Certain aspects of the new format will be utilized in Clarks’ wholesale accounts, said Salzano, from select fixtures such as risers to complete shop-in-shops.

Currently, the U.S. ranks No. 2 in store count and sales after the U.K., said Salzano, with China and India the fastest-growing regions. About 20 million pairs of Clarks shoes are sold annually in North America.

Going forward, Salzano said his team aims to grow Clarks’ business in South and Central America, after the two regions recently came under the direction of Clarks Cos. N.A.