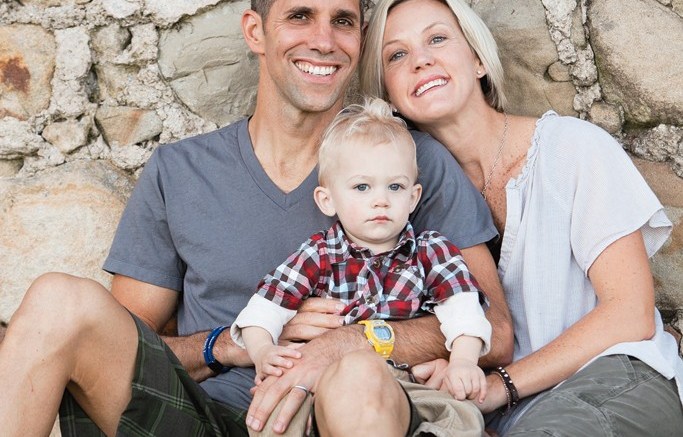 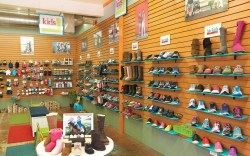 After eight years serving the California city’s running community, the independent retailer last April opened a dedicated children’s shop inside its 2,000-sq.-ft. store. Kids Corner, which occupies roughly 400 square feet, has contributed to a significant boost in business, as well as created a new customer base.

“People were always asking us to carry kids’ shoes,” said Monica DeVreese, who, along with her husband, Joe DeVreese, co-owns Santa Barbara Running and its sister store in Goleta, Calif. “There are more than 100,000 children in this town, but until now there was no kids’ shoe store. We saw a huge opportunity.”

DeVreese is no stranger to the children’s footwear industry. Before joining her husband in his retail business, she spent more than 10 years working on the wholesale side. She started at Adidas and then moved to Deckers Outdoor Corp., where she served as brand manager for Simple until 2010. There, she led the launch of the Simple Kids line. “We did a lot of market research before we introduced the children’s line, so that prepared me well for this new venture,” DeVreese said. “I understood the sizing and fit concerns, and I had a good idea of what brands I wanted to support.”

As a mother of two boys, she also knows firsthand the challenges of shoe shopping for youngsters. “Taking kids to the mall can be a huge hassle,” she said, “and buying shoes online can be tricky.” Instead, shopping locally is an appealing option for busy parents, she said.

To suit Santa Barbara’s laidback, beach-going residents, Kids Corner’s mix is focused on sport and sport-casual footwear from brands such as Keen, Adidas, Tsukihoshi, Bogs, Superga and Native. Santa Barbara Running’s regular clientele makes up a large part of the customer base at the kids’ shop, and as a result, a strong emphasis is placed on running product.

“The running category has been huge,” DeVreese said, citing children’s bestsellers such as Asics and bright-colored Nike Free and LunarGlide styles. And DeVreese has high expectations for New Balance’s new Minimus kids’ line, which she will bring in this spring. “We try to offer a wide assortment, from entry-level to statement product. That’s important.”

To attract a wider audience, DeVreese also stocks a small selection of more fashion-driven lines including Lelli Kelly, Minnetonka and Ugg Australia, but there are no plans to delve into dressier styles. “Our customer isn’t looking for that. There isn’t a big need for dressy shoes in this area,” she said.

Because Santa Barbara Running caters to core runners and triathletes — a group that’s serious about its shoes — Kids Corner places particular importance on service, measuring and fitting every child. This service, DeVreese said, differentiates the store from bigger competitors. “We’re already attracting those serious running customers who are coming in because they know we’re going to fit them and put them in the right product. So we’re carrying that over to the kids’ shop,” she said. “Service is critical: You’ve got to woo your customers to survive as an independent.”

To market itself, Kids Corner participates in jog-athon fundraising events at local schools. DeVreese and her staff attend the event kickoffs, where they talk to students about running and show them the latest product, and participants are offered a discount on new footwear at Kids Corner. The store also hosts a youth running club and is organizing a running-based summer camp for children. “We’re focusing on grassroots stuff and just trying to entrench ourselves in the community,” said DeVreese.

The efforts are paying off. Sales have so far surpassed expectations, and the store is drawing many new customers. “Saturday mornings in here can be a little wild,” DeVreese said, adding that the decision to set up Kids Corner inside the running shop rather than in a separate space has been a good one. “It adds a whole new dynamic to the store,” she said. “And because we’re not paying extra rent or operating costs on another building, we can use that money to build our inventory and invest in marketing.”

Vendors said Santa Barbara Running’s reputation as a top specialty shop gives Kids Corner a decided advantage. “It immediately brings relevance to Kids Corner,” said Sean McKeon, running specialty sales rep for New Balance. “[DeVreese’s] customer base trusts the [staff] and is comfortable in the store. Kids Corner offers the selection of a boutique within the relaxed atmosphere of a running shop.”

Lynsey Cole, kids’ sales specialist for Keen, agreed, noting that the store’s two target audiences complement each other. “Runners and moms are two very social groups,” Cole said. “[It’s a smart move for] DeVreese to tie the two groups to one store.”

With the success of Kids Corner, DeVreese already is thinking about rolling out the concept to the Goleta location. “There are a lot of young families in Goleta, so this would be our expansion goal,” she said. “And then we’ll see where we can go from there.”