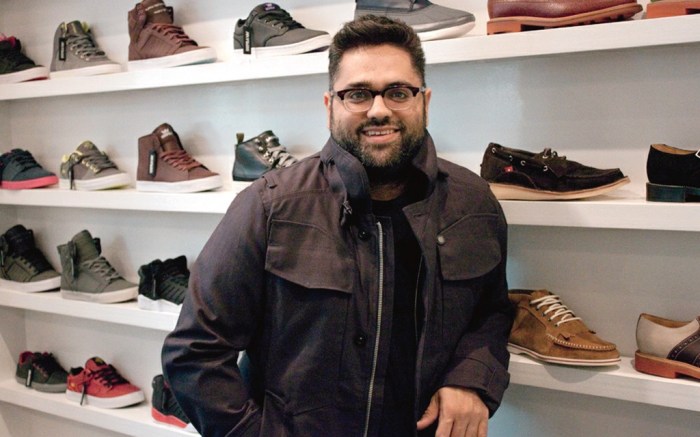 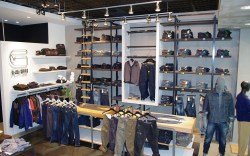 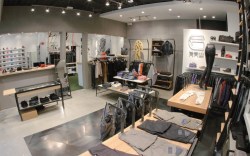 Farshad Arshid is not a fan of the status quo.

The owner of Standard, a men’s footwear and apparel shop in Atlanta, has developed a reputation for stocking the hippest merchandise, ever since he opened his first location on Peachtree Street in 2003. And now the retailer is branching out with other shoe categories and a new branded store.

“We started out as a sneaker store because that was what was missing in Atlanta,” recalled Arshid. “At that time, the whole limited-edition craze hadn’t taken off yet, and then when it did, we became one of the sneaker hotspots where kids went to get the latest styles.”

Back then, Standard was known for offering high-profile brands such as Nike, Vans, Puma and DC. But consumer trends have shifted, and Arshid has adjusted to ensure his company keeps its standing among the fashionable crowd.

“As with anything, there are cycles, and we’re always trying to bring in stuff ahead of everyone else,” said Arshid. “When we saw there was a saturation [in sneakers], we started looking for other types of product, such as hybrid styles and the hard-bottom shoes.”

The retailer now stocks fashionable footwear labels Oliberté, Supra, Gourmet and Lacoste, and added Swims and Tsubo for fall ’12. And a collaboration with designer Mark McNairy, which hit in February 2012, has been a top seller for the store, even though it includes leather boots priced at $485. “That’s higher than usual, but if the product warrants it, the consumer will pay for it,” said Arshid, whose footwear prices range from $60 to $500. The line has been so successful that Arshid plans to continue the partnership this fall and is working on more collaborations with other brands.

The change in product focus appears to be paying off. Standard’s sales rose about 20 percent in 2011, and Arshid predicts another double-digit increase this year. He noted much of the heat has been coming from footwear, which makes up about 40 percent of his revenue, with the remainder from apparel and accessories.

“For us, footwear is such an important part of our business model and identity. We always want to be on the forefront of the footwear trends,” he said.

Oliberté founder Tal Dehtiar lauded Standard for its product selection. “It’s a great place for unique, different styles. It’s been a fantastic way to launch Oliberté in Atlanta,” he said. “We’ve been working with them for a little over a year, and key influencers are connected to Standard. That’s been a huge benefit for us, to have access to them. We’re a young brand, and they’ve been great about helping to get the word out about Oliberté, through their contacts and online.”

“When a store buys a brand,” said Jon Buscemi, co-founder of the Gourmet brand, “it’s not just about the buying and selling process. It’s about everything that goes on in between, like training the employees and building awareness on the store’s blog and Twitter — and that’s what [Standard] does the best.”

Standard also is growing in its physical presence. Since 2008, it has been installed in a 670-sq.-ft. location in Atlanta’s tony Lenox Square Mall (its flagship Peachtree Road location, which was plagued by robberies in 2008, officially closed 18 months ago). Recently, when the space next door became vacant, Arshid took the opportunity to test a G-Star pop-up shop there in December.

“[The brand] has some really original footwear that still keeps the G-Star DNA,” Arshid said. “The product does well when it stands alone, but the shoes really fit best [when you show them] with the apparel and the denim.”

Based on the success of the pop-up, Arshid opened a permanent G-Star store in the space in May. The 700-sq.-ft. boutique has a gritty aesthetic with raw concrete, steel and wood, and stocks G-Star men’s and women’s shoes, apparel and accessories. It connects to the Standard shop with an open-air door and windows.

Arshid noted that over the past nine years, his customers have grown up, and he has worked hard to evolve with them. “Those 13-year-olds who came to us back in the day are still coming in, but their tastes have changed, and styles have changed,” he said. “For us to remain just a sneaker boutique would have been a mistake. Now, I’d call us a ‘lifestyle boutique.'”