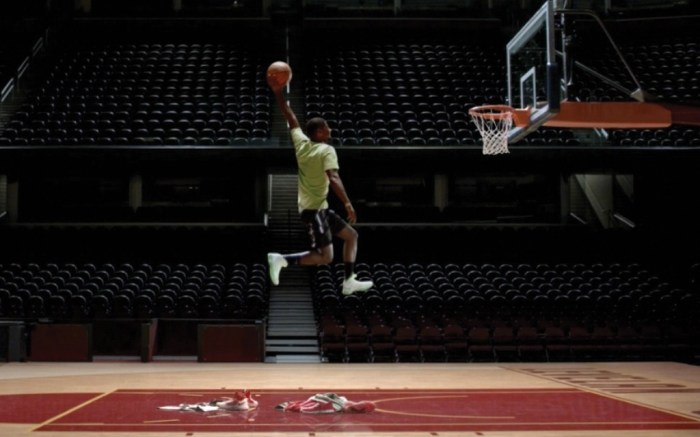 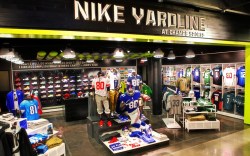 Foot Locker may have two consecutive years of double-digit profit and a streak of 10 straight profitable quarters, but Chairman and CEO Ken Hicks said he isn’t letting the company’s recent accomplishments go to his head.

“The biggest challenge any successful company has is hubris,” Hicks said. “The businesses that get in trouble are ones that think they’re already there, and we’re not there yet. We’re constantly challenging ourselves to improve.”

The New York-based sneaker chain was already financially sound when Hicks came on board in 2009, so the CEO laid out a five-year plan that included creating more distinction among the retailer’s Foot Locker, Lady Foot Locker, Footaction and Champs doors. With comp-store sales gains just shy of 10 percent year-to-date, the firm’s reimaging tactic seems to be further boosting results on Wall Street (earlier this month, the retailer reported that revenue grew 9.3 percent to $1.52 billion for the third quarter).

“Ken has, in a very short period of time, positively changed the business culture of Foot Locker,” said Patrik Nilsson, president of Adidas America. “Together with his team, they have built consumer-centric assortments and marketing stories that have differentiated their banners and elevated the in-store experiences.”

This year, the company unveiled 11 revamped Champs stores. A modernized Foot Locker store layout also launched this year, with more locations scheduled to be refreshed by next spring. Looking ahead, management is reviewing renderings for a redesigned Footaction.

“Aside from what we did with our current stores, we also moved ahead with a number of big ideas that will help us in the future,” Hicks said.

Those additions included an apparel-driven women’s concept called Six:02 that debuted earlier this month in three test locations in the U.S., and a football-specific shop called Yardline, launched this year in partnership with Nike.

SportsOneSource analyst Matt Powell said Hicks’ ability to team with brands on merchandising and get the right product assortment for each of the different divisions has helped the retailer best the competition this year.

“Ken has been much more collaborative with the vendors [than in previous years],” Powell said. “He’s built some real partnerships with them, and there’s much more clarity on what each of the banners represents for the marketplace.”

The firm’s e-commerce and mobile sites also received reboots this year. “We’ve really stepped up our efforts online and have made significant pushes in making our sites easier to operate, interesting and more fun,” Hicks said, noting the firm added the ability to reserve products online for in-store pickup, made the mobile site more user-friendly and incorporated features that were more about sports than merchandising.

On the marketing front, the firm moved forward in the social media space by starting the Kickstagram campaign on Instagram. And an integrated advertising push called “Approved” featured pro athletes such as Kyrie Irving, Carmelo Anthony and Tom Brady.

Under Armour founder and CEO Kevin Plank explained Foot Locker’s credibility in sports is one of the retailer’s greatest strengths. He noted that the guidance of Hicks and EVP and COO Richard Johnson has played a major role in the company’s recent growth. “With strong leadership and vision, Ken and Dick continue to build not only one of the world’s largest athletic retailers but the best in class,” Plank said. “Foot Locker’s relevance to the athlete and impact on athletic culture can be seen throughout the world.”

Such successes led the company to revise its revenue goal to $7.5 billion by 2016, up from $6 billion three years ago. This is especially impressive, given the challenging global economy.

“We can’t do anything about the economy, so we don’t spend a lot of time worrying about it,” Hicks said. “Our job is to keep as many of the positives working for us as possible — whether it’s a new technology like lightweight or a trend in fashion, so we can move forward.”