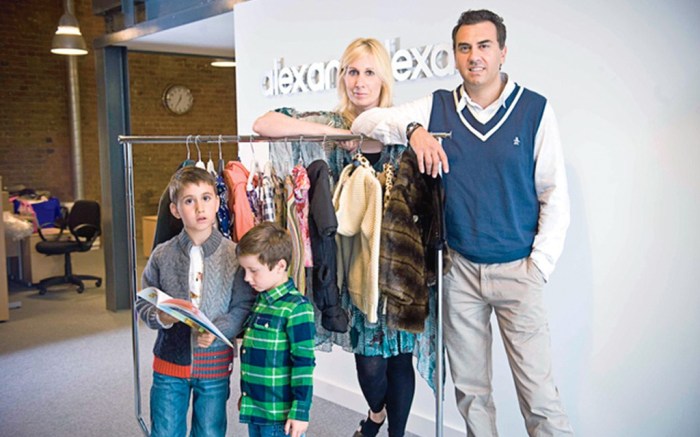 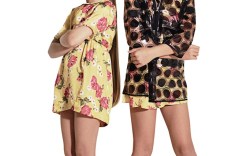 Alexandalexa.com is proving that luxury is alive and well in the children’s market.

Since launching five years ago, the London-based e-tailer, which carries shoes and clothing from upscale brands including Burberry, Dolce & Gabbana and Roberto Cavalli, has grown into a multimillion-dollar global business and a must-click destination for style-conscious parents. The site, named for founders Alex Theophanous and his wife, Alexa Till, hit on a huge void in the market for an online player dedicated exclusively to kids’ fashion.

“We saw the success of e-tailers like Net-a-porter.com and Asos.com and felt there was an opportunity for a children’s site that combined a great online shopping experience with a selection of the coolest and best brands,” said Theophanous, a former Coca-Cola marketing executive. He added that shopping frustrations with his two sons sparked the idea for the business. “There’s nothing worse than having to take young kids around to all the stores. And everybody had the same stuff. It was difficult to find things that were fresh and different.”

To stock the site, the couple shopped Europe, Japan and the U.S. to assemble a lineup of brands that mixed high-end designer names with contemporary children’s collections such as Monnalisa and Finger in the Nose. Although Alex & Alexa now has vendors clamoring to get on the site, Theophanous said securing such a heavy-hitting roster did not come easy at first. Some labels, particularly those in the luxury space, were reluctant to sell to a newcomer.

“We knew this would be an issue, so we didn’t start out by calling suppliers,” he said. “Instead, we sat down with a design agency and fleshed out the company’s identity and overall look for the site. We strived for a style and brand guideline that was playful, fresh and contemporary.” The vision was to create a very editorial look, with lush photography, as well as fashion and lifestyle content.

The site grew quickly, prompting the company to add a selection of toys and, most recently, a sports shop featuring apparel and gear for cricket, horseback riding, swimming and dance. Footwear has become Alex & Alexa’s bestselling and fastest-growing category. The assortment ranges from designer ready-to-wear labels such as Marc Jacobs, Fendi and Dior to more mainstream brands including Geox, Converse, Timberland and Vans. “With all our categories, we offer what we call anchor brands — those that are really well known and drive a lot of traffic — and surround them with new and interesting specialty collections,” he noted.

Alex & Alexa constantly brings in new labels and, to involve customers in the process, recently introduced its “Be Our Buyer” concept, inviting consumers to vote on collections in consideration. “We pick four at a time and hold a private sale, giving customers a chance to try them, and then we send out a voting e-mail,” explained Theophanous. “It’s a social way of getting customers engaged.”

For Alex & Alexa’s vendors, the e-tailer is a welcome addition to the market. “They have an outstanding selection from some really amazing designers,” said Maloles Antignac, the Paris-based designer of Petite Maloles, one of the site’s top-selling shoe lines. “I am a mother of two children and as much as I love to go shopping with them, I don’t always have time. And I can never find what I’m looking for because so many brands are still unavailable in Paris. An online player like this was very needed in the children’s market.”

Sales at the company have surged more than 150 percent each year, said Theophanous, with more than half of sales now coming from outside the U.K. As a result, international growth continues to be a major focus for the e-tailer. “Our international customer tends to be more loyal, spends twice as much, returns [items] half as much and comes back more frequently,” Theophanous said. The company last fall launched a dedicated site for the U.S., its biggest market. Australia, the Middle East and Russia are also strong.

Though initially self-funded, Alex & Alexa has since secured several rounds of outside financing, most recently raising roughly $2 million from private equity firm MMC Ventures, which now holds a minority stake. The e-tailer also has the backing of Jaeger Group CEO Belinda Earl, who chairs the company’s board.

Looking to put its personal stamp on the market, Alex & Alexa last month debuted its own label, Kickle, offering a selection of dresses and T-shirts. Theophanous said the plan is expand the collection with other items, possibly even shoes.

New categories may also soon broaden the company’s scope. “Our focus is on items that are fashionable, and that’s a fairly broad term,” Theophanous said. “There is no obvious stopping point that we see. In the near future, we hope to offer a much wider assortment. We really feel the sky’s the limit.”