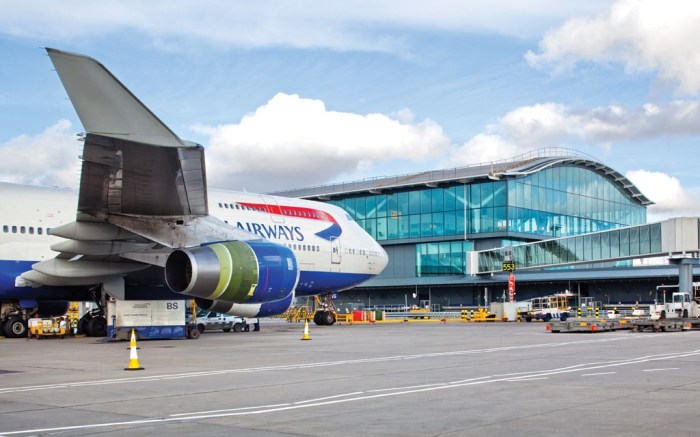 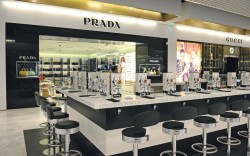 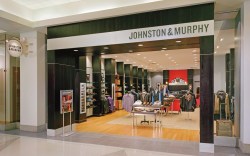 Fueled by rapidly increasing passenger volume, the airport-retail market continues to take off.

The segment is forecast to soar to $39.1 billion in sales by 2015, a nearly 45 percent jump from 2010, according to Datamonitor. And with fashion and accessories now accounting for one-quarter of airport sales, more footwear players are looking to climb on board.

“The business has evolved dramatically, and we’re seeing a lot more retailers exploring airports as a viable growth opportunity,” said Gerry Cecci, VP of airport management for mall operator Westfield Group, which manages concessions programs at 10 of the busiest U.S. airports, including John F. Kennedy, Miami, Chicago O’Hare and Boston Logan. “And the offerings at airports are becoming much more diverse, with brands no longer just catering to businessmen but to leisure travelers, women and even kids. We’ve brought in retailers such as Skechers, Mango and Guess, and they’re all performing well in the airport environment.”

Although space is at a premium — the retail vacancy rate at airports is just 6.2 percent, down from 8.4 percent a year ago, according to real-estate research firm CoStar Group — airport operators are increasingly carving out more space through refurbishments and expansions. “The airline business is very cyclical, so airports are focusing much more on nonaeronautical revenues to avoid being so dependent on the airlines to keep their operations afloat,” said Pauline Armbrust, executive director of Airport Revenue News. “They recognize that retail is not only a great customer service to their passengers but a valuable source of additional revenue. It’s now a huge part of airports’ strategies.”

In Europe, for instance, French firm Aéroports de Paris in April opened a new building at its Charles de Gaulle airport that features some 23,000 square feet of retail and restaurant space. The project includes a 13,000-sq.-ft. concessions area styled after the ground floor of a Parisian department store, as well as a shopping “avenue” lined with high-end designer boutiques, among them Dior, Hermès, Gucci and Prada.

Here in the U.S., Los Angeles International Airport is in the midst of a $4 billion renovation that will add more than 60 new shops and restaurants by year’s end. The first of these stores, Kitson, opened in April in Terminal 7, offering a mix of easy-to-try-on clothing, accessories, flip-flops and gift items.

Kitson owner Fraser Ross said the 1,300-sq.-ft. boutique is off to a strong start, generating sales of between $1,500 and $2,000 per square foot. “It’s been a good move for us,” he said. “Airports are the best place to be because you have constant traffic and every demographic passing through.” He said the shop also has been an ideal testing ground for new merchandise and a way to bring the Kitson name greater visibility globally.

A number of footwear labels, from Bally and Johnston & Murphy to L.K. Bennett, are already well established in the airport retail market and consider it an important part of their store mix. For these brands, airport shops not only generate strong sales volumes — typically more than three times as much revenue on a per-square-foot basis than street stores, Cecci said — but also provide an opportunity to connect with a captive audience.

Johnston & Murphy has 15 airport shops across the U.S., in cities including Miami, Philadelphia and Charlotte, N.C. Jason Dasal, the brand’s VP of marketing, said, “Being in an airport gives us yet another opportunity to work with our consumer. It’s also a chance for us to acquire new customers.”

For Swiss label Bally, which has more than 100 airport stores and duty-free points of sale worldwide, travelers’ strong appetite for luxury goods is driving its growth in this segment.

Still, the potential of the airport-retail market remains far from fully realized. A recent survey by NCR Travel found that retailers are missing opportunities to turn the more than 1.5 billion people who travel by air each year into browsers and ultimately buyers.

According to the survey, 35 percent of travelers in the U.S., 34 percent in the U.K. and 30 percent in France said they find it difficult to locate the stores, restaurants and other offerings at airports in the limited time they have before their flight departs.

One key way retailers are boosting awareness of their shops and connecting with customers is through social media and smartphone technologies, whether it’s Twitter, Foursquare, travel apps such as Gate Guru and GoHow Airport, or mobile coupons and promotions. “By employing technologies such as mobile marketing and interactive digital signage, airports can more effectively communicate with and make offers to travelers, boosting revenue while also making their airports more welcoming and user-friendly,” said Tyler Craig, VP and GM of NCR Travel.

Other technologies that might entice travelers to shop more, according to NCR’s survey, include self-checkouts to speed up retail transactions and “endless aisle technology,” enabling shoppers to browse for and buy merchandise not available in the airport store.

Johnston & Murphy offers such a service, complete with complimentary shipping to the passenger’s home or travel destination. L.K. Bennett has a “reserve and collect” service that allows customers to shop and order items online to be picked up at the company’s Heathrow shops before or after their flight.

On a larger scale, airports are working to make their retail offerings easier to find by experimenting with formats such as walk-through stores — a concept that has been successful in Europe and Asia. “In a lot of these airports, you come right through customs and have no choice but to walk through the retail zone. They’re manipulating the traffic flow to dump people right into the stores,” said Paul McGinn, president of Newton, Mass.-based MarketPlace Development, which manages and leases space at the LaGuardia and Philadelphia international airports.

Bally’s Fidler said walk-through shops are a growing focus. “It fits well with the change in airport environments to more shopping-mall-style [concepts],” he noted.

McGinn said there is a definite trend of U.S. airports striving to emulate overseas formats, but in “modified ways.” For instance, his firm is working on an expansion of a terminal in Philadelphia where ground transportation will bring travelers directly into the retail and food-court area. “Airports here haven’t been as inclined to make that full commitment to retail that you see in Europe or Asia, but things are beginning to change,” he said.

While retailers are seeking new ways to reach travelers, there also is a growing push to broaden the airport customer base beyond departing passengers to include arrivals and even nontravelers.

“Traditional wisdom is that departing passengers are the primary customer base of airports, but there are opportunities to capture a broader audience,” said McGinn. However, he noted, heightened security restrictions since 9/11 have hindered such efforts, at least on the post-security side.

Armbrust said it comes down to the setup of the airport, citing Washington D.C.’s Reagan National, which features a large pre-security retail area that is directly accessible by the city’s Metro. “If it’s a brand-new facility, you have a greater opportunity to do stuff like that,” she said. “But if it’s older, you have to work with the existing space and maximize everything you’ve got.”

Another key target for retailers is the substantial population of airport employees who shop and eat on their lunch breaks. “Some airports can have in excess of 10,000 employees, so we are constantly looking at opportunities to maximize this group by targeting it with daily specials, holiday promotions and things like that,” Cecci said.

Although airport stores are a lucrative segment of retail, operating them comes with a unique set of challenges. For one, leasing space usually involves a complicated request-for-proposal process that Dasal described as “much more labor-intensive than a typical mall lease negotiation.” And because space is a commodity, bidding among prospective tenants can be quite competitive.

Security compliance is another consideration: Everything going in and out has to be scrutinized, Cecci said. “You also have to badge each of your workers, which can be costly and makes retaining employees important.”

The logistics of operating within an airport environment are complicated as well, and every airport has its own individual system. This poses a particular challenge for retailers with stores in multiple airports.

“It just adds another dimension of complexity that you would not have operating on the street,” Armbrust said.

Above all, the airline business is highly unpredictable. “[The volatility] can have a big impact on our sales,” Dasal said. “Managing existing stores and looking for new opportunities is very difficult in such an ever-changing environment.”