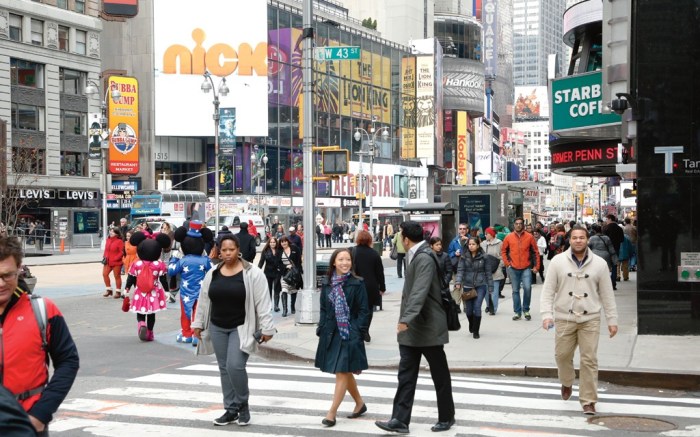 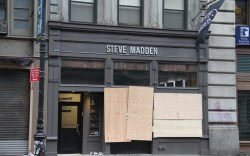 Days after the storm devastated New York City and much of New Jersey, many storeowners were still struggling to get back to business, as massive power outages, major store and office closures and shipping delays crippled the region.

“There’s no question we have become more cautious since Sandy blew into town,” said Billy Lawson, owner of Shoe Inn, which has eight locations in the tri-state area, five of which remained closed last Thursday, along with the retailer’s distribution center. “We hope the retail climate isn’t adversely affected by people focusing on the aftermath of the hurricane.”

“All our retail stores and offices are still without power, and we are basically out of business right now. It could be another seven to 10 days before power is restored,” said Jon Singer, CEO of East Hills, N.Y.-based Singer 22 last Thursday. He noted that while Singer 22’s website was still operational, e-commerce was expected to suffer as well. “The effects of this storm will definitely have a major impact on sales. I’m very concerned with the fourth quarter now and how this will impact our year as a whole.”

Even stores that had been able to reopen said it could be difficult to recoup business that was lost before, during and after the storm.

“If we have a strong winter with lots of snow we could make it up,” said Danny Wasserman, owner of Tip Top Shoes on Manhattan’s Upper West Side. “If it stays mild, it will be a challenge.”

Wasserman noted his store was able to reopen on Wednesday with a small crew and that some customers were returning, but overall traffic was still down. To drive sales, the retailer said he was considering taking markdowns on non-performance boots earlier than usual.

In Red Bank, N.J., If the Shoe Fits was only one of three businesses that had power on Broad Street last Thursday afternoon.

According to co-owner Don Strohmenger, the store completed two sales [transactions] Thursday morning, but most people out and about were just taking a walk through town and not interested in shopping.

“I’m very concerned about going a whole week without income,” Strohmenger said. “Business at retail right now is not great. Any day you lose, it’s a brick out of the wall. We will tighten our belts and do what we have to.”

While local residents were focused on picking up the pieces after the storm, tourists visiting New York provided retailers with some much-needed commerce, particularly in Times Square and Fifth Avenue, where stores were operational starting last Wednesday.

“There really isn’t much to do but go into the stores,” said Charles Smith, a vacationer from Allentown, Texas, who hit Foot Locker in Times Square on Thursday.

Uptown, at Bloomingdale’s on 59th Street, a woman visiting from Ireland browsed the Stuart Weitzman section at the department store. “I wanted to come shopping while I was in New York. … Today was the first nice day,” said the shopper, who asked not to be identified.

According to the retailer, only two of his nine locations were open as of last Thursday morning — a store on Seventh Avenue and 55th Street in Manhattan and a shop in the Garden State Plaza mall in Paramus, N.J.

But even though those units were doing business, Zaken said there were still major challenges.

“There’s no way to get merchandise to the stores for replenishment,” he said, citing a lack of gas for the store’s trucks and travel restrictions into the city from its warehouse in Queens, N.Y. (Zaken planned to bring product into the stores at midnight on Friday after the restrictions ended.)

While some normalcy was returning uptown, the scene was much different in Soho and Lower Manhattan, areas still in the dark on Thursday.

At the REI store in Soho — one of the few stores that opened its doors — staff members who made it to work wore headlamps to navigate the darkened space and were helping customers get supplies they needed, according to the retailer’s Facebook page. But it wasn’t exactly business as usual — “Our new normal: knock on the window for help and have your specific needs/requests ready,” said a post from the store.

Designer Matt Bernson, whose store in Tribeca was one block east of where the storm surge stopped, said the hurricane would undoubtedly stall sales.

“There is no doubt [the closing of the store] will affect overall retail sales for me, but compared with what I am seeing in other places on the East Coast, I can only say that I feel fortunate to be able to have an ongoing business,” said Bernson. “We are shipping our wholesale orders from our West Coast warehouse, so there is no interruption in that area of the business. But there is no doubt that many of our retail partners will be severely affected by the storm. We don’t even know to what extent yet, as we are not really back up operationally.”

While most industry players couldn’t predict the final tally of lost business, Steve Madden, which had nine locations still closed at the end of last week, spelled out the expected impact during a conference call with analysts.

“At this point, our best guess is that we’re going to lose about $1 million in sales due to the hurricane, which would translate into roughly $600,000 [off the retail division’s bottom line],” Chairman and CEO Edward Rosenfeld said on the call. “Our wholesale is much harder to talk about, but we do not believe there is going to be material impact. So overall, you’re looking a penny, maybe two pennies [off earnings per share].”

As for department stores, Deborah Weinswig, an analyst at Citi Investment Research, predicted department stores’ November comparable-store sales will be down between 1.5 percent and 2.5 percent. “Same-store sales for November are off to a soft start due to store closures and lost traffic related to Hurricane Sandy,” the analyst said.