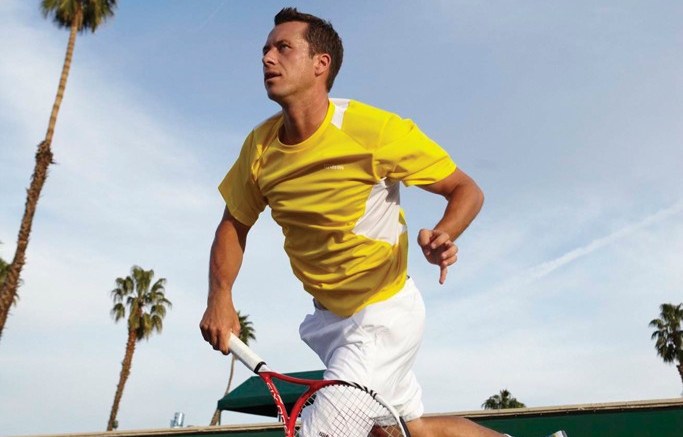 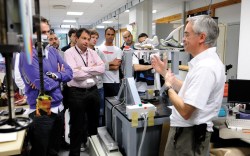 NEW YORK — Chicago-based Wilson is serving up a new take on its on-court product for spring ’13.

The refreshed tennis line represents the first time the brand has used the design resources of European parent Amer Sports, which also owns Salomon and Mavic.

“We have fully dedicated teams working on the Wilson footwear product range, and they have the advantage of being able to apply key learnings from other Amer brands,” said Wilson GM Jon Muir.

Timing for Wilson’s refreshed footwear aligns with the brand’s apparel overhaul. Putting a greater emphasis on technology and innovation, the sporting goods company spent the past two years building a team of footwear designers, biotechnicians and research-and-development specialists.

The result is a modernized collection featuring new proprietary technology that helps players’ feet become more responsive on the court.

With an advertising campaign kicking off next January and culminating at the 2013 U.S. Open, Steck said the brand is targeting a younger consumer demographic with its messaging. “Wilson has a great history, but there’s also an opportunity to go after that youthful market,” he said. “Exposure to those consumers probably hasn’t been as strong as to their parents.”

Grassroots events that encourage participation in tennis will play a large role in the marketing mix. The brand has partnered with the U.S. Tennis Association on upcoming programs for players who are ages 10 and up.

Wilson also is banking on endorsements from up-and-coming tennis pros. Unlike with established ambassadors such as Roger Federer and Serena Williams, who only endorse Wilson’s tennis rackets, the brand will make a push to fully outfit other athletes.

Current endorsers include Philipp Kohlschreiber and Feliciano Lopez, who both rank among the top 25 players in the world. “We’re not the ones writing the big checks, but we’re still able to get top athletes to endorse footwear, which is very positive,” Steck said. “That might not have happened a few years ago.” The executive added that putting a focus on performance product has helped draw more athletes to the Wilson brand.

Amer Sports global marketing director Jean-Marc Djian said the rejuvenated footwear offering and advertising push will take root at specialty tennis shops and sporting goods stores. As part of a larger strategy to own more of the overall tennis market, the brand will focus on existing retailers that already have a healthy hard-goods business.

“Five years from now, we hope to be a solid No. 3 in tennis footwear,” Djian said, adding that the brand expects to see double-digit sales growth this year.

For now, Wilson holds 2.5 percent of the market share in footwear, according to SportsOneSource analyst Matt Powell. Ranked fifth in the category, the brand trails leaders Nike, Adidas, Prince and Asics.

Although Wilson has a ways to go, Powell noted that putting a bigger focus on innovation will help the label be more competitive in the footwear space. “The emphasis has to be on proprietary technology that can be easily explained by shopkeepers, because most tennis shoes are sold at specialty retail,” he explained.

Richard Flores, owner of First Serve Tennis in San Antonio, Texas, has carried the brand’s footwear since 1989 and said that spring ’13 represents a radical change from past seasons. “It’s an exciting departure for Wilson, and we’re going to see how the public responds to these new designs and technologies,” Flores said. “The challenge for Wilson is to create a product that’s not only eye-catching to the consumer but that also works.”