What Will Obama Do Next? 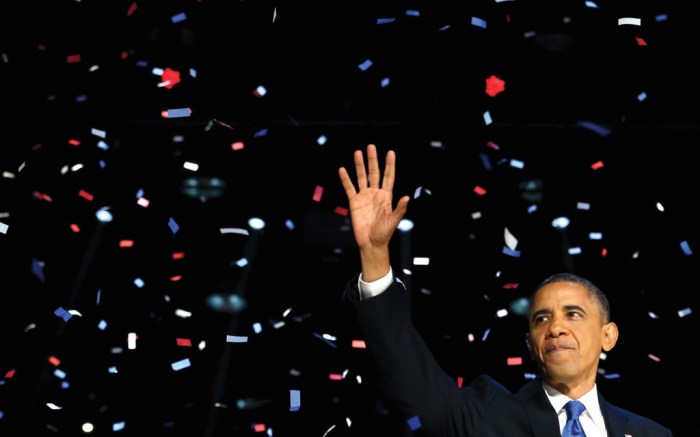 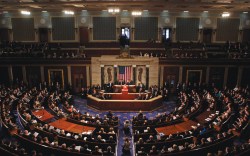 With election season over, now the real work begins.

After President Barack Obama won a second term last week, footwear executives and industry watchers are eagerly awaiting his next move on a variety of issues, including looming budget cuts, taxes, the full implementation of the health care law and a still-divided Congress.

However, the most immediate concern is the so-called “fiscal cliff,” which will have to be addressed during the lame-duck session of Congress. The phrase refers to the $600 billion package of tax increases and spending cuts that are scheduled to kick in automatically at the end of 2012.

Kevin Burke, president and CEO of the American Apparel & Footwear Association, said the fiscal cliff and budget-cutting process, if allowed to proceed, could be harmful to the industry and have an immediate ripple effect.

“When the economy begins going south, [footwear and apparel are some of the] first products to be affected by an economic downturn. The economy seems to be getting better. We would like to see that continue, but there is some doubt there.”

Burke added: “This could really negatively affect people who make apparel and footwear for the military.”

Tom Florsheim Jr., chairman and CEO of Weyco Group Inc., said he is worried that uncertainty about tax increases could cause consumers to hold back. “From the standpoint of the consumer, and knowing how much spending money they’ll have in their pockets [next year], that’s not settled,” he said. “Unless Congress and the president can agree on a comprehensive plan, we’re going to reverse the Bush-era tax cuts for everyone and we’ll go back to a whole different tax structure. There is still a lot of uncertainty out there.”

Still, Florsheim added that he hopes the election demonstrated to both parties that the voting public rejects the extreme positions on both ends of the political spectrum. “The far right and the far left aren’t where the country is as a whole, and we see that in this election,” he said. “People don’t want these extremes. There has been so much gridlock in Washington. Some things that are important to the industry, like the Affordable Footwear Act and [a revision of] the duty structure [on footwear], have not advanced. My hope is that our representatives in the Congress realize that people want the parties to work together.”

Kenneth Cole, designer, founder and CEO of Kenneth Cole Productions Inc., agreed: “[The president] needs to focus on creating a unified government and finding a way for both sides to work together.”

But while President Obama won re-election and some seats changed hands in Congress, the structural makeup of Washington remains the same — Republicans still control the House of Representatives and Democrats maintain control of the Senate.

“The composition really hasn’t changed that much,” Burke said, adding that the next few weeks will provide insight into the politics of the next four years. “[It will] be very telling. The actions [the president] takes in the next week, and what his actions are going to be before the end of the year with the possible calamity of a fiscal cliff, will [show us what to expect].”

While Burke said he believes the onus is on the president to mend ties with his Republican colleagues, they, too, will have to compromise for the good of the country. “[Republicans] have no excuse now,” he said. “We’ve had an election. They have to work with him now.”

Matt Priest, president of the Footwear Distributors & Retailers of America, said having a definitive outcome should help to move the country forward. “This creates certainty,” he said. “Whether you like the result or not, we know who won and we don’t have a repeat of 2000.”

Priest added that footwear companies now know what to expect, such as the full implementation of the Affordable Care Act, President Obama’s controversial health care law. And he’s hopeful that the President and new Congress will come together to address spending, taxes, the deficit and entitlement reform. “This is a can that continues to get kicked down the road, but eventually the road is going to end. … This can be an opportunity to do some things they thought they couldn’t before. If that can happen, you’ll see markets respond and businesses be not so timid to hire new people.”

However, Priest added, the clock is already ticking for members of Congress to work on these issues before election aspirations enter the equation again. “In a mere two years, we launch back into the nomination process,” he said. “The window of opportunity slowly closes. These next two years are pivotal for the direction of the country and how we address these fiscal issues.”

Florsheim said he is glad the election is over, if for no other reason than that the rhetoric regarding China would be tamped down. “The things Romney was saying were a bit scary to me about China,” he said. “Others in the industry felt the same way. The fact that Obama won is probably a positive thing for this country’s relationship with China.”

Many executives were upbeat that the election’s conclusion also could boost business in the short term.

Titan Industries CEO Joe Ouaknine said he expects to see improvements as consumers move beyond thoughts of politics. “Now you go on with your life,” he said. “The economy should stabilize now that the elections are over. I would expect business will get better not because of who is president but because the drama [of the election] is all over.”

For their part, analysts said the election has been a distraction for consumers and they expressed optimism for the holiday season now that the political fanfare is over. “People are going to be happy it’s over. For the consumer, it’s one less thing to worry about,” said Sam Poser, analyst at Sterne Agee. “They don’t want to have an unknown future. Things will get better post-election.”

Jeff Van Sinderen, analyst at B. Riley & Co., added, “Now the question is whether there is pent-up demand. People [in the Northeast] who have been hurt by the storm, the first thing they’ll be buying are basic essentials, and some of that is clothing and shoes. Once people have been through a tough time they like some retail therapy.” Van Sinderen noted he expects holiday sales to grow 1 percent or 2 percent this year over last.

Analysts pointed to growing consumer confidence as an indication that the economy will continue taking slow but steady steps forward.

“Consumer confidence is getting better still. Jobs are growing, albeit slower than some people want, and housing prices are no longer going down,” said Michael Binetti, analyst at UBS Investment Research.

Scott Krasik, analyst at BB&T Capital Markets, agreed the short term looks predictably rosier because consumer spending always lags behind economic data. Still, he worried about the politics of the coming year. “On an everyday basis, consumers don’t get caught up in the politics. They will react when the economy reacts,” Krasik said. “The average American really only changes their spending pattern if there’s a life-changing event, like unemployment. If we don’t resolve the fiscal cliff and it does go into effect, and there is a return to a recession in the first quarter of next year and companies are forced to lay people off, then [all bets are off].”