Walter Steiger Gains Ground in US 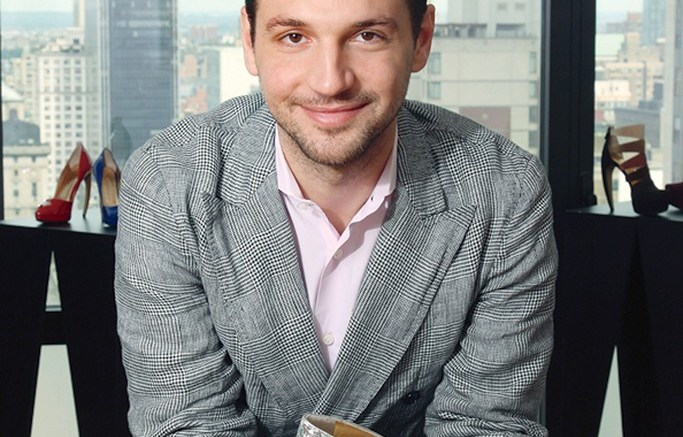 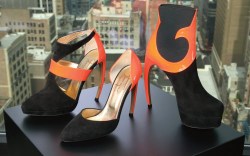 NEW YORK — Walter Steiger is steadily boosting its presence in the U.S. market.

A year after the 38-year-old Parisian brand relaunched its wholesale business here as part of an exclusive deal with Barneys New York, the label is branching out to other retailers.

Bergdorf Goodman will carry Walter Steiger shoes this fall, and select boutiques such as Jeffrey in Atlanta and New York have also picked up the brand.

“We are really focusing on our U.S. expansion,” said Paul Steiger, the company’s GM for North America. Meticulously mapped growth in this country has been the plan since he joined his father’s eponymous business in 2009, along with his brother, Giulio Steiger.

The company already had a robust wholesale presence in Europe (in addition to branded stores around the world, including a New York flagship on Park Avenue), but the label hadn’t done wholesale here for almost a decade.

“[Paul and Giulio brought] a new energy to the brand, a young and aggressive taste to the creative process [and] a new approach to the business side,” said Walter Steiger. “For several years prior, our wholesale was limited. They are now exploring new markets, and the company is expanding quickly.”

The designer added that the U.S. was an imperative next step for the brand, which has increased its global sales about 20 percent each season over the past year. “The U.S. has always been the most strategic market for this industry,” he said. “I believe that to experience international success, you must first succeed in America.”

Daniella Vitale, chief merchant and EVP at Barneys, said the shoes, which are made in Italy and carry price points from $650 to $1,500 (with some exotic styles going up to $10,000), have been strong sellers with her store’s customers across age groups.

“[The addition of the Walter Steiger brand] has been an enormous success,” she said, noting that Barneys hopes to work with Walter Steiger to create store exclusives now that the label has opened up its wholesale business. “Initially we bought mostly the very signature, historical, archival patterns, but now it has really become a full assortment. We’re carrying flats, wedges, boots and other things that are more reflective of the full brand we think Walter Steiger can become.”

Revamping and expanding designs to cater to younger customers has been one of the Steigers’ main goals over the past three years. The brand collaborated with Victoria Beckham for her fall ’12 runway show during New York Fashion Week, and it is working on a second collaboration with the designer for next season.

“We wanted to do more aggressive fashion and reach a new clientele,” Paul Steiger said. He noted that, in addition to Beckham, other celebrities such as Scarlett Johansson, Beyoncé and Lindsay Lohan have recently been spotted in Walter Steiger styles.

But even as it strives to modernize, the brand remains committed to its heritage, according to Paul Steiger. “The most challenging thing is to do extreme innovation in design while maintaining the DNA of the brand,” the GM said. “It means always keeping the very minimal design and the balance between lines and proportions.”

Minimalist styles and streamlined silhouettes featuring the iconic Walter Steiger curved heel are mainstays for the label. Steiger has retained that shape for most of its fall ’12 footwear line, while incorporating new materials such as sequined suede and colored python.

The fall collection also includes one construction that represents something of a design departure: a smoking slipper outfitted with bold colors, animal prints, a lug sole and an oversized geometric bow.

A men’s expansion is also on the horizon. Walter Steiger currently has a small selection of men’s styles available at its flagship store in New York, but the company is planning a relaunch of the category for wholesale within a year.