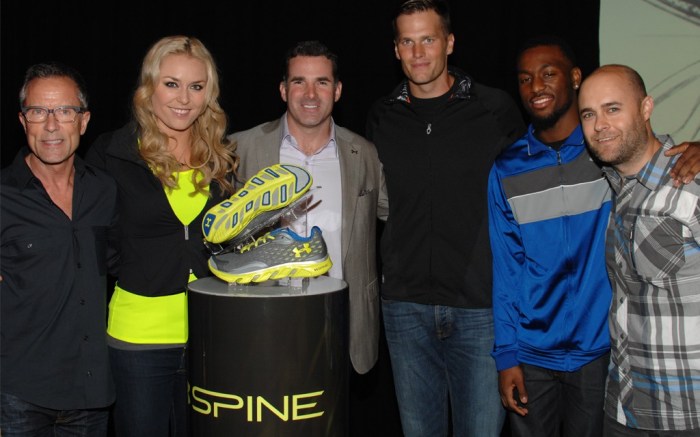 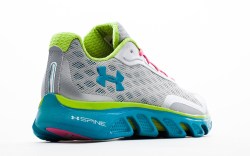 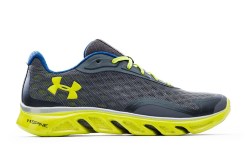 Under Armour Inc. hosted a party in New York on Wednesday to mark the launch of a performance style sneaker that features a new proprietary technology called Spine.

“One thing we know as a company is that when we innovate, we win,” said Kevin Plank, founder and CEO of the Baltimore-based firm. “Today, we’re going to show and unveil what the last seven years [in footwear] have meant to us.”

The technology uses a cage-like structure on the sole of the shoe, which makes the running sneaker one of the most lightweight in Under Armour’s offering, at 9.7 ounces. Inspired by the structure of the human spine, the midsole feature also will be incorporated in categories such as basketball, cleats and soccer in future seasons, said Under Armour SVP of footwear Gene McCarthy.

“Going forward, the idea of Spine will have further evolutions,” McCarthy said. “This is just the beginning of something very important to us. It will eventually be in every sport category we participate in.”

To help tout the latest innovation, which hits shelves at the end of this month, Under Armour will unleash a marketing campaign on July 9. Titled “This Is How We Run,” the ads will appear on TV, online and print, and will star athlete endorsers Tom Brady, Lindsey Vonn and Kemba Walker.

McCarthy added that the upcoming campaign represents Under Armour’s biggest marketing spend in footwear and will involve 3,000 retail stores around the world, as well as social media. “Lots of big retailers have given us windows for a long period of time, and the campaign will be a very compelling way of looking at footwear from a brand that’s always been known for apparel,” he said.