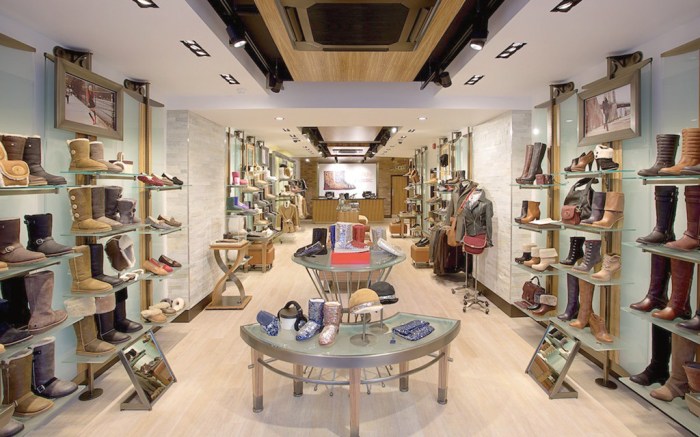 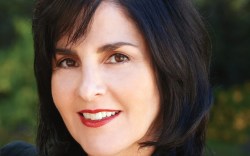 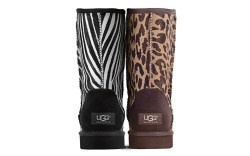 Connie Rishwain is ready to tackle 2013.

The Ugg Australia president is upbeat about the year ahead, thanks to a more diverse product assortment, expanded retail roster and growing men’s business.

“We feel like we’re going to have a good end of the year and we’re very excited about the opportunities for 2013,” Rishwain said last week.

It’s no secret that 2012 has been challenging for the brand, owned by Goleta, Calif.-based Deckers Outdoor Corp. Ugg was dogged by skyrocketing sheepskin prices and unseasonably warm weather, which slowed sales and fueled speculation that the label — for years it has been one of the industry’s top performers — had lost its luster. Rumors even swirled that the company’s stock price, perceived by some to be undervalued, could make Ugg a prime target for acquisition. (To date, Deckers’ stock price is down 47 percent from a year ago.)

Rishwain declined to comment on buyout speculation, preferring to focus on the health of the brand.

“I don’t see a softening at all,” she said. “Demand is very strong and the selling of new products really demonstrates that to me. The weather really affected us. The sheepskin prices affected our margins. But the brand is strong.”

Retailers, for their part, agreed. “The line still has great consumer acceptance. It has good value. People come in and ask for it,” said Danny Wasserman, owner of New York-based Tip Top Shoes.

“Our selling season has really kicked in,” Rishwain said, although she declined to offer specific figures.

“I would say that as we’ve seen the weather turn, we’ve seen a turn in their trend line,” added Christopher Svezia, analyst at Susquehanna Financial. “But the jury is still out. Given what we’ve seen over the past 18 months, the boot segment has gotten much more competitive. Weather has been a pretty material factor for the business, more so than people anticipated. You have to pause a little bit [and think], how fast can this business [continue to] grow. That’s a question mark.”

Sterne Agee analyst Sam Poser — who has been a vocal critic of the brand this past year but recently upgraded the stock to buy, from neutral — said he is encouraged that the company is developing its classics business. “For 2013, they’re refocusing on new derivatives of classics that the retailers I’ve spoken to really like. That will be very positive. They can grow the classics business if they think how they can reinvent it.”

That reinvention has begun. Rishwain said that for 2013 the brand will introduce styles in new colorways with fresh material treatments. Already, the company’s Exotics collection of classic boot and slipper styles in animal prints, released for holiday, is receiving a strong reception. “This was the first time we had an expanded holiday line beyond fall, [and] it’s performing extremely well,” she said.

Looking ahead, Rishwain noted the company will introduce an expanded kids’ line for fall ’13, and plans are under way for a new Ugg branded loungewear program.

“We have a lot of opportunities moving forward,” Rishwain said.

How is the brand positioned for the holiday season?
CR: Good. The weather has broken. The Ugg Exotics [special seasonal product] has been excellent. We have a really synchronized marketing campaign. We’re going after the customer every three weeks with new images and graphics, and we’re seeing immediate results. I’m excited about the offering for holiday. Then, we start in January with new images and new digital, and we’ll start selling spring boots.

The last year has been tough. How have the struggles of 2012 impacted you personally?
CR: I roll with the punches. Every year has its set of issues. A lot of positives came out of this year. The weather situation was pretty extreme and that really made us think more like retailers in making sure we have transitional product so we’re not as weather dependent. Also, newness is key and that’s what the customer wants. We had enough time to adjust our 2013 product line to address all those things. That’s why I feel so confident going into next year. We did a really good job managing through all these issues. We kept our head down and worked and did the right thing for our customers. I’m really proud of my team and how we managed through it.

In addition to weather woes, rising sheepskin prices were a big issue. Is this a new normal?
CR: We don’t have a crystal ball into the future, but I feel we’ve managed through it. I don’t foresee it as an issue going forward. We’re dependent on a lot of different products, not sheepskin. A lot of our products don’t have skeepskin or have very little sheepskin in them.

Is Ugg still resonating as a fashion brand?
CR: I think so. This year, consumers [still] gravitated toward the category, but just bought what was new. Our classics girl has several pairs of the core [product line]. She wants something beyond the core colors in the core styles. That’s why she’s going after the Exotics [collection] and going after the Dylan, which is kind of a motorcycle boot classic, and the Bailey Bow [a bow-adorned style]. What was new all performed very well. The consumer wants something new from us and from everyone.

Are you spending more on advertising right now than you have in the past?
CR: Absolutely. Our budgets haven’t been finalized [for 2013], but it will be substantially more than in prior years. Right now, [spending for men and women] is equal and it’s fairly substantial. In the past, [our marketing budget went to] print and PR. Now, it’s print, digital, out-of-home. Next year, we have digital every single month. We haven’t pulled back at all.

How has the men’s business been performing?
CR: We want to evolve the men’s line into a year-round business that offers men’s product for every quarter for every season. It’s much more than just third- and fourth-quarter product. [In our stores], we’ll look for more opportunities to expand men’s where it makes sense. The men’s store [on Madison Avenue in New York] is doing extremely well. The percent of men’s as compared to total business has grown dramatically in that location since we gave it a dedicated space. The casuals business has been the biggest growth category for men. We already had a well-developed slipper business and boot business. And while those are still doing well, casuals have become a really important part.

What’s next for the Made in Italy collection?
CR: [We just saw the] line for next fall and it’s spectacular. We’ve brought the price down. It had been at $595 to $995. Now it’s going to start at $200 for casuals and top out at $695 for some of the boots. We want to connect the fashion line more to the core line. That’s part of bringing the price point down. Before, it was a little too exclusive in some of our doors. This way, it can be the high-end fashion line for all our concept doors.

Will you continue to open your own stores?
CR: We pretty much want to keep this pace. We opened 24 [doors] last year [and] 30 this year. Right now, it seems like we’re opening one a week [in the fourth quarter]. We don’t see it slowing down. We think it’s a healthy pace. Our stores are really high performers in terms of sales per square feet.

What would you say to market watchers about the longevity of the brand?
CR: I don’t really worry about what’s written. We worry about running our business and doing the right thing for our customers. We have a great team and we have great strategies going forward. Our customers still feel very confident and excited about our business. Onward and upward.