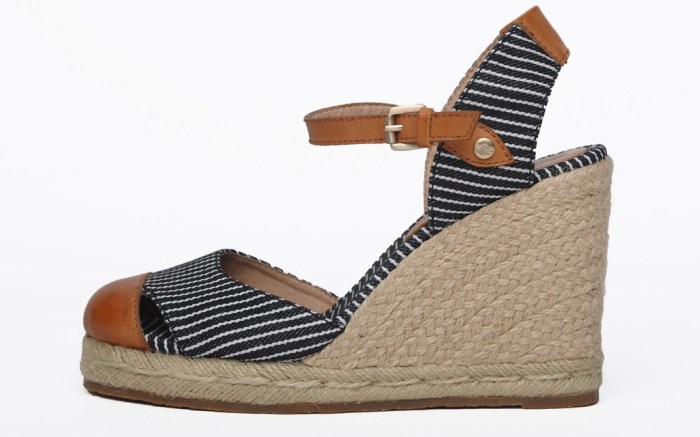 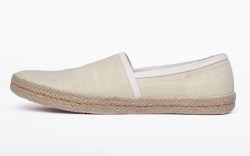 Island-inspired lifestyle brand Tommy Bahama is getting serious about the footwear business. This spring, the Seattle-based company will debut a wholesale shoe collection for men and women created by an in-house team.

The line coincides with the brand’s 20th anniversary in 2013 and will be available in the company’s New York flagship on Fifth Avenue, set to open next month.

VP of footwear Bonnie Del Priore said Tommy Bahama footwear previously was licensed to companies including Phoenix Footwear Group Inc. in a deal that was terminated three years ago. Since then, the company has offered a concise collection for men and women in its branded stores, produced in collaboration with outside shoe sources.

“The company believes in the shoe business,” Del Priore said about the decision to form its own design team. “[Controlling] design, development and sales is pivotal [for] the brand. You can’t be a lifestyle brand and not have shoes.”

The new collection will feature flip-flops, boat shoes, espadrilles, leather sandals and canvas vulcanized oxfords. Retail prices range from $28 to $168 for women’s, and $59 to $148 for men’s.

Footwear distribution will be targeted to the brand’s current apparel accounts, including Nordstrom and Lord & Taylor, in addition to footwear specialty stores. The collection also will be sold in Tommy Bahama stores in Asia, Australia, Canada and the U.S.