The Future of Collective’s PLG Brands 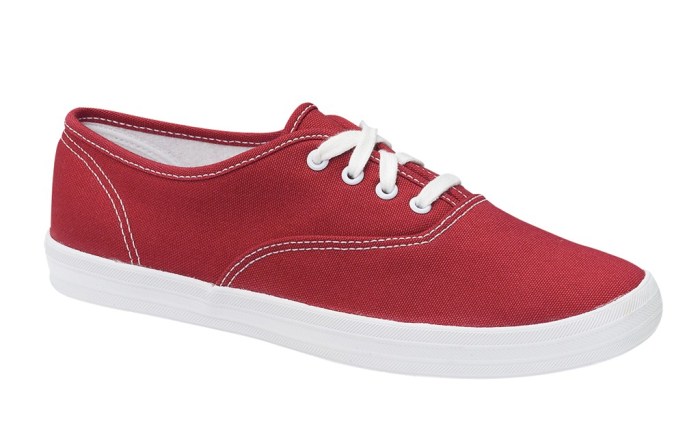 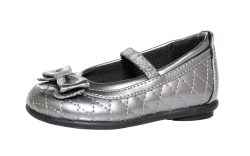 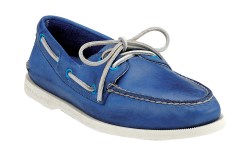 Blake Krueger can hardly wait to get his hands on his four newest brands — and he’s already crafting an aggressive growth strategy for them, both here and overseas.

The chairman, president and CEO said Wolverine World Wide Inc.’s international distributors are already clamoring for the opportunity to sell Saucony, Sperry Top-Sider, Stride Rite and Keds. (The deal is set to close sometime this fall.)

“I’ve been talking with our global partners and they’re very excited about these brands,” he said. “Many of them are familiar with these names and they understand the tremendous upside opportunity in their individual country markets … and we’ll be introducing them internationally on an accelerated timetable.”

Krueger said all four labels acquired from Collective Brands Inc.’s Performance & Lifestyle Group have had limited international distribution, and that will be key to building sales.

While Sperry is known for its boat shoe looks, Krueger said half its product offering falls outside that definition, making it a true lifestyle player with broad overseas potential.

“It’s a brand that is growing at an accelerated pace in women’s, and one that grew more than 50 percent last year just in the U.S., without the benefit of international distribution. Only 4 percent of its business is outside the States, so that’s a huge opportunity,” the CEO said, adding that Wolverine will explore expanding the brand in apparel, handbags and other accessory categories.

The Saucony brand, which does about 23 percent of its business internationally, also will be plugged into Wolverine’s global network to drive sales.

And Krueger said his company aims to continue to build on the women’s offering. “It’s a brand more skewed toward women than men, and that is a key plus for us,” he said. “Saucony has really participated well in the running, lightweight running and continuing minimalist trends. We needed an authentic athletic brand in our portfolio.”

Kruger noted that the addition of Stride Rite will open a new frontier for Wolverine. “Although our company has had pockets of success in children’s footwear over the years, this gives us the opportunity to make a real multibrand statement in kids’ footwear, when you add it to Merrell, Hush Puppies and Sebago.”

With Keds, Krueger acknowledged the brand will require the most amount of work to rebuild it to its glory days. But, he added, there is long-term opportunity.

“That business today is probably a fifth of the size it was at its peak,” he said. “Still, it’s a great, great brand. It has one of the highest awareness [ratings] among women.”

Krueger suggested Keds can carve out a space in the vulcanized sneaker market left vacant by other names.

“Where I see Converse on one side of the spectrum playing in rock ’n’ roll, and I see Vans and any number of competitors playing in surf and skate, I see a huge white space in the middle that Keds can focus on and participate in,” he said. “Keds is a great growth opportunity for the company, which has also been confirmed by our international partners.”

When the deal closes, the four brands will form their own group within Wolverine, alongside the Heritage Group, the Lifestyle Group and the Outdoor Group. Once the labels have been integrated into Wolverine’s systems, Krueger said, executives will revisit the setup to see what structure works best for the different properties.

“We’ll have to see 18 months or so down the line what will be the best combination of brands in our portfolio,” he said. “But for now, we intend to run PLG as a fourth group.”

The Collective deal — and its $1.23 billion price tag — has raised some eyebrows in the industry because it has forced Wolverine to take on significant debt for the first time in its history.

Regardless, Krueger has been unfazed by the criticism and remains confident skeptics will be proven wrong in the years ahead.

“I spend very little of my time worrying about that,” he said. “I don’t get into issues of whether we underpaid or overpaid. That will all be determined by the future and what we do with the brands … [and] we think we’re going to be able to do a lot with these brands.”