The Bogs Brand Is Branching Out 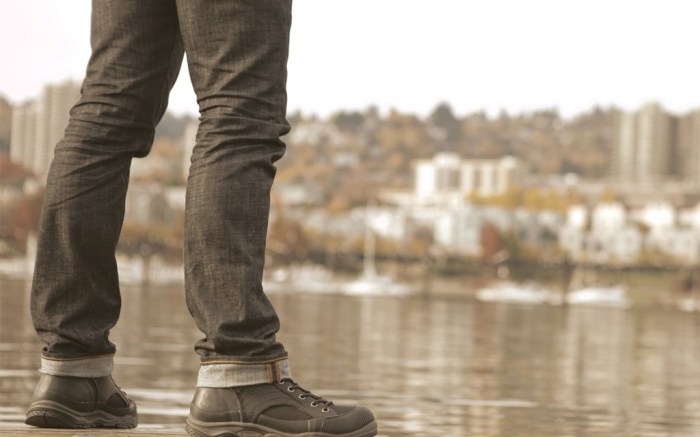 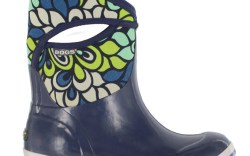 Bogs is exploring new territory in the outdoor space.

Known for its performance waterproof boots, the Portland, Ore.-based brand recently has set its sights on lifestyle looks for women and kids. And now, while celebrating its 10th anniversary, Bogs also is eyeing the international market with the support of parent company Weyco Group Inc.

“We’re [really] getting started in Europe,” said company founder and President Bill Combs, adding that the brand has focused on such areas as Germany, the U.K. and Scandinavia. Within the next five years, global distribution could account for 25 percent of Bogs’ business, he added.

That’s not bad for a family-owned business that launched with a collection of sport sandals under the Rafters label. “We were always looking for a fall product and got into Bogs [with the original black farm boots sold in the Northwest],” said Combs. It didn’t take long, however, for the niche item to go mainstream. As more consumers began buying the boots, the company expanded its selection with lifestyle looks, hunting product and steel-toe industrial styles.

For Weyco, the acquisition opened the door to the casual footwear arena. “It was the next logical step,” said Tom Florsheim Jr., CEO and president of Weyco, which owns dress brands Stacy Adams and Florsheim. “It’s where things are headed.”

So far the union has paid off. According to Weyco, Bogs’ North American sales totaled $28 million from the time of the acquisition through year’s end. Coupled with that, a prior licensing agreement between Bogs and a Canadian-based distributor was turned over to Weyco this past June. “There’s big business in Canada,” said Florsheim, noting that Bogs’ 2013 sales in that country are expected to reach between $8 million and $10 million.

And Canada is just the tip of the iceberg. Bogs soon will take advantage of Weyco’s distribution center in Australia and could utilize its facilities in Florence, Italy.

With Weyco overseeing Bogs’ back-office operations, Combs and his team —including wife, Sue, as manager of design and development, and sons Dustin and Riley, both VP of sales — can concentrate on product. Currently, the business is evenly divided between performance and lifestyle, with prices of $75 to $280.

For fall ’12, the brand will launch Baby Bogs early walkers, machine-washable shoes in sizes 5 to 10. It also will introduce the Plimsoll for women, a more streamlined take on its popular Classics series of colorful pull-on boots. Then, in spring ’13, a series designed for the growing community of urban farmers will debut, and a collection targeting the fishing industry is also in the works.

At Lenny’s Shoes & Apparel in Barre, Vt., VP Mark McCarthy said milder winters have given Bogs an advantage in the boot arena. “Winter had always been about Sorel and Kamik,” he said. “There’s been a change in the marketplace — heavy pac boots are not a staple anymore. Bogs [got in the rain category] at the right time.”

Indeed, Bogs is well positioned in the rain category for the fall season at REI, said Denise Friend, women’s and kids’ footwear product manager for the retailer. “It’s the perfect fit, with a blend of color, quality and performance. The REI customer is more concerned about value than price, so it fits well into our assortment.”

As Bogs continues to expand its offering, Combs said the brand remains focused on its main mission: “We make comfort shoes for people in not so comfortable situations.”