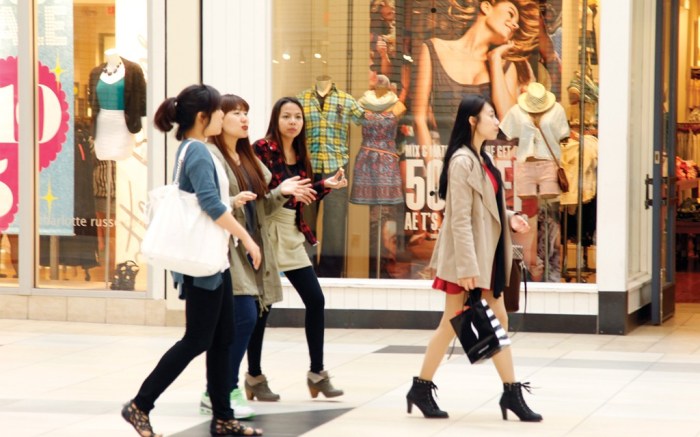 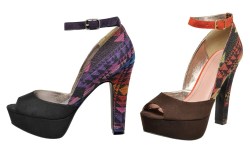 NEW YORK — The youth market is hitting a growth spurt.

After years of sluggish progress resulting from the recession and high unemployment, spending in the teen sector is showing some improvement, according to a recent study from Piper Jaffray.

Market improvement was even more pronounced for footwear spending, which rose 22 percent for both upper and average-income teens compared with last October. That beat out the apparel sector, but came in slightly below accessories.

Marshal Cohen, chief industry analyst for The NPD Group Inc., noted: “Post-recession, we’re in a slight recovery mode overall and there’s a little healthier purchasing power [with teens] because of pent- up demand.”

His company estimated that teen foowear spending increased 5 percent between February 2011 and 2012, compared with the total footwear market for all ages, which increased 4 percent. “Look for teen spending to grow at a better pace than the rest of the market [over the next year]. After all, teens are a constantly changing and growing size market.”

Macy’s recently unveiled a plan to target Millenial customers between the ages of 13 and 30 with localized merchandise assortments, special training for sales associates and quicker decision-making to help the department store compete with fast-fashion chains such as H&M and Zara.

And Marc Fisher Footwear’s new juniors’ brand, Pink & Pepper, which launches in stores next month, is targeted to young women and aims to capitalize on their demand for the hottest footwear trends.

“Fashion has always been very important, but this group of young women, [thanks to] the rise of social media, can see everything instantly,” said Christina Tung, director of PR and marketing for Marc Fisher Footwear. “It creates that desire in the teen market because they’re much more focused on fashion, so there’s a place for us.”

Tung said Pink & Pepper addresses teens’ budgetary concerns with price points ranging from $49 to $99. “These shoppers just have to see that price-value relationship,” explained Tung. “If it’s the right product, they’ll be willing to spend the money. You’re targeting that impulse.”

Genesco Inc. also is bullish on the teen market.

Same-store sales for its Journeys Group rose 12 percent during the first quarter of 2012 (for more, see page 12). And the company plans to open 27 new Journeys stores in the U.S. and Canada this year.

In addition to brick-and-mortar expansion, one clear way to reach teen shoppers is through digital avenues, including e-commerce and social media.

In its survey, Piper Jaffray found that young consumers are being drawn further toward online shopping. In fact, the Internet saw a 2 percent rise in its market share from the same period last year, to an average of 14 percent for all the teens surveyed. “We’ve seen teen sales pick up in the past year, partly because of the modest improvement in the economy and partly because of mobile technology,” said Dowe Tillema, president and CEO of Footlocker.com. “Even when they’re in the stores, kids are using their mobile devices to shop or look up product reviews and find out what other people are saying.”

To keep up with changing consum- er habits, Foot Locker has been making major investments to integrate its online, mobile and in-store sales and marketing.

Similarly, juniors’ brands also are upping their online presence to compete for teen dollars. Naughty Monkey relaunched its website late last month with an e-commerce component, and debuted a European site on May 10 to serve international customers. “Fans had been inquiring for quite some time about when they would be able to order directly through Naughty Monkey,” said Valerie Franks, marketing supervisor for the brand.

At CMerit USA Inc., par- ent of the Gotta Flurt brand, which caters to women ages 14 to 24, the emphasis has been on social media. Beginning early this year, the company added more staff to its marketing team and is now averaging about 100 new Facebook fans every week and half, according to Rolando Garcia, director of marketing for CMerit. “The Internet is where it’s at. It provides instant feedback and it lets us know who our true demographic is,” he said. In addition to Facebook, CMerit utilizes Twitter and intends to add Google+, Pinterest and Instagram to its advertising program next month.

But companies still need to find the best ways to communicate with young people online and capitalize on their love of the Internet and online socializing.

A spring report from market research company TRU found that shoes were the fifth most popular Web purchase among teens, behind clothing, printed books, MP3s and video games. And of the teenagers who shopped online in the past year, only 22 percent said they had used the Web to buy footwear.

“We’ve seen that the Internet continues to gain acceptance [among teens], but shoe shopping is still a tough sell,” said Rob Callender, director of insights at TRU. However,he added, e-tailers such as Zappos.com are breaking down barriers by making online shopping easier.