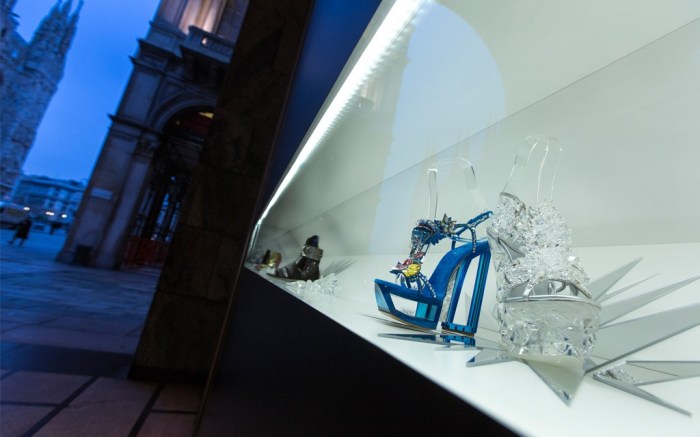 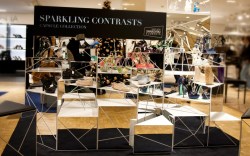 “Casadei shoes are 100 percent made in Italy, except for the Swarovski crystal beads, which are the only ones able to give my creations such incredible light effects,” said designer Cesare Casadei, who is gearing up to present his pre-fall collection in New York within a couple of weeks.

Davis, who also attended the event, created a blue patent leather sandal with suede intarsia covered in Swarovski beads, along with a pair of seashell-inspired open-toe wedges showing a décor with crystals and studs on the heel.