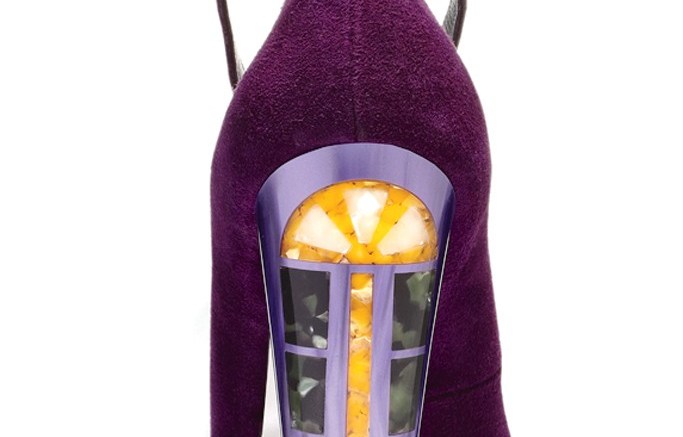 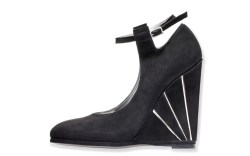 MILAN — Stuart Weitzman has high expectations for the launch of his exclusive SW1 line, which debuted last week and will be based here in a multiroom showroom at 15 Via Spiga.

Envisioned as a high-end accessories brand with a fresh design sensibility, the collection includes shoes launching globally and handbags that will arrive in the U.S. and outside Europe for fall ’12. The line will be overseen by creative director Alvaro Gonzalez, formerly of Jimmy Choo.

Weitzman, who holds the chief executive position for his brand, aims to target the top echelon of designer boutiques and department stores worldwide.

“I’ve had a lot of retailers ask me to make more exclusive product over the years,” the designer admitted, “but it’s very hard to do that as your only project. Now we have the luxury of making something more special for the girls who want a more unique product.”

But it was only after Gonzalez left his post as design director of accessories at Jimmy Choo, following the company’s sale to Labelux last May, that Weitzman forged ahead with his plans for a new brand.

“Stuart came to me with an amazing project,” Gonzalez explained of their first talks. “He said, ‘Let’s create something unique,’ and he gave me a blank check.”

For the design of his first SW1 collection, Gonzalez said he was inspired by Spanish architect Santiago Calatrava, the art deco movement and the lasts of the 1920s and 1930s, but wanted to transform those silhouettes with dramatic heels. He played with Mary Jane pumps, setting them on chunky heels with a custom resin inlay. He also paired 1920s-inspired heels with modern uppers. Case in point: a modern slouchy bootie set on a kitten heel.

As for the materials, Gonzalez opted for suede and python (almost no leather) to add “warmth, richness and color for winter.” The art deco-style resin heels were custom made in Florence by stone craftsmen, who, Gonzalez said, use an inlay technique called pietra dura that’s similar to mosaic but on a rougher, larger scale. “I brought the resins to the stone craftsmen and said ‘I want you to do it.’ This is the reason I live in Florence,” the designer explained, adding that much of the color palette was inspired by Florentine Renaissance art.

As for whether it would be difficult for him to step back from the design role under the new collection, Weitzman said, “We both live in the factories and have a focus on high grade quality. We will work well together.” He added, “But I actually designed two or three shoe styles that Alvaro liked.”