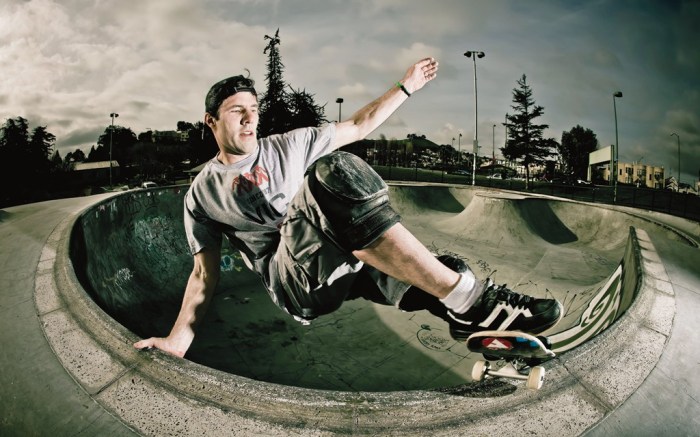 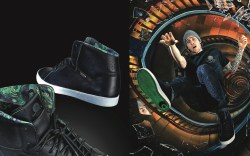 It’s been a tough few years in the skate market — but now footwear players are prepping for a renaissance in the sport as a new crop of athletes emerges.

“Skateboarding is a cyclical market, and that’s been proven over the last four or five decades,” said Tom Cooke, director of footwear for the core channel at Vans, a division of VF Corp. “Right now, we’re looking at a generation of skateboarders who have grown up and maybe grown out of the sport. But we [also] feel we’re looking at a big swell [coming in] with really young kids.”

But while the market is poised for a turnaround, brands and experts said the landscape has changed drastically over the past few years, and they will have to adjust to the new realities of doing business.

While skating drew mainstream attention in the mid-2000s and for many years influenced the fashion choices of even non-skaters, the post-recession years have been challenging.

According to the National Sporting Goods Association, the number of people participating in skateboarding in the U.S. fell to 7.7 million in 2010 (the most recent year available). That’s the lowest number since 1998. By comparison, at its height in 2005, skateboarding recorded 120.4 million participants.

For starters, part of the drop is due to the recession being particularly difficult for mom-and-pop skate shops, many of which have closed.

“The mom-and-pops have always been the heart of our industry, but with the environment we’re in now, everyone is catering to the big-box guys because a lot of the mom-and-pops are gone,’’ said Tim Gavin, VP of Podium Distribution, which owns the DVS brand.

Nevertheless, Gavin said DVS made the tough decision to stick with the core market and not chase sales with big-box stores. Instead, the company is focusing on better margins with smaller retailers. “When we were growing 10 percent or 20 percent year over year, we were losing money,” he said. “We’re not going to be addicted to sales anymore. We’re going to run a nice, tight business and focus on bottom-line profitability.”

While independent shops don’t drive sales at skate footwear companies, they do serve as incubators for style trends, and are therefore essential to the industry, brand execs said.

Cooke noted Vans is dedicating significant resources to help the remaining independent shops survive. “Our chief mission is to help save those independent shops and ensure they have a healthy survival rate because that’s where all the interest in the industry comes from,” he said.

The brand is partnering with shops to build fixturing in stores to help promote Vans, but also establish the stores as shoe destinations.

At Sole Technology, founder and CEO Pierre-André Senizergues said the firm has been cleaning up distribution by eliminating some shoes from the market.

One of the challenges the industry faces, he said, is too many brands all vying for the same customer. As a result, the brand announced plans to shutter its 16-year-old éS line last August to focus on its Etnies and Emerica brands. “We felt there were too many choices,” he said. “When the market is right, we’ll bring it back.”

Another obstacle for smaller, core players is competition from the big boys. Athletic giants such Nike and Adidas, which had dabbled in skate for years, appear to have gained acceptance in the market, shaking up the industry.

“We finished 2011 with 50 percent [sales] growth over the previous year [in skate products],” said Jess Weinstein, who oversees brand marketing for action sports at Adidas. “Looking into 2012, our backlogs are both up more than 100 percent for footwear and apparel action-sports [products].”

SportsOneSource analyst Matt Powell said Nike is likely to grab even more market share in the coming year. “They are going to open up their formerly exclusive 6.0 line to broad distribution,” he said.

For Brian Reid, chief creative officer at Osiris Shoes, the only way to compete is to change the definition of what a skate shoe can be.

“We sell shoes that are skateable, but they are high-tops with flashy colors and materials,” he said. “The me-too people are suffering. We went a different way and it’s paid off.”

DC Shoes also is opening up to new silhouettes and designs. In January, the brand released a new lightweight program called Unilite. For fall, it is preparing to expand that into a lightweight training shoe that brings a skate aesthetic to the larger athletic market. “It allows us to offer something very DC to the market, but athletic-driven,” said VP of marketing Jeff Taylor.

Outside of product expansion, DC is looking for new opportunities overseas.

“We’re launching in China in mid-2012 with our official [entrance] into the country. We’ve got several programs planned for that launch. Latin America is a big growth opportunity for us as well.”

Sole Technology, too, is targeting China, as well as Russia, Brazil, Panama and Costa Rica.

Airwalk VP of brand management Eric Dreyer said his company is on a global hunt to find the future of the skate market, and this year will enter Brazil and India for the first time after a successful debut in China last year. “We’re looking at places around the world where skate is reinventing itself,” he said.

But part of that reinvention will include consolidation. And as the market shows new signs of activity, experts said there is increased likelihood that further mergers and acquisitions could occur in the coming year, since companies with cash on hand will find deals.

“You may continue to see some acquisitions, but it will be slow [compared with the pre-recession era] because the low-hanging fruit has already [been picked],” said Vans’ Cooke. “There really aren’t that many [strong skate brands] left.”

But Osiris’ Reid said that situation creates a buying opportunity.

While his company is expected to receive buyout offers in the coming year, it also is exploring its own potential acquisitions. “We would entertain [a potential offer], but we’ve also looked into raising some investment money to go and purchase other people who aren’t doing well. Instead of being bought, we’re looking to raise funds so we can buy some people who are hurting.”

The result could be a redefined skate market. “There is a lot of energy and renewal in the market right now,” said Sole Technology’s Senizergues. “A lot of newness is coming for a new generation.”