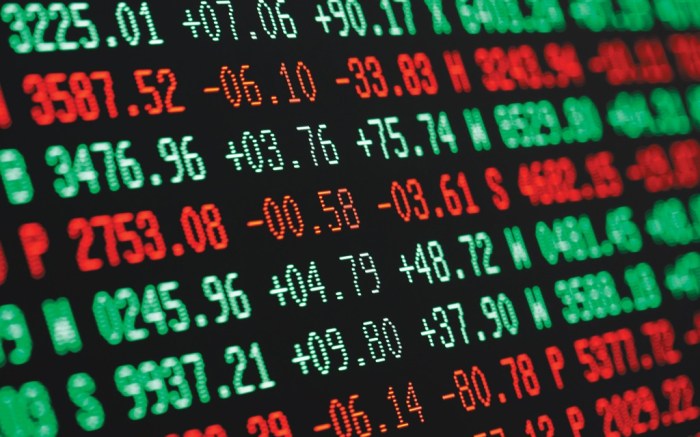 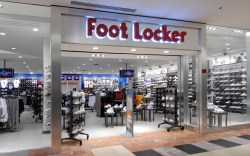 While many footwear stocks are ending the year almost 20 percent higher compared with a year ago, they could be thrown for a loop next year as the European debt crisis continues to spread and the “fiscal cliff” gets close to materializing at home, analysts said.

“There are a lot of question marks,” said Michael Binetti, analyst at UBS Investment Research. “Europe is, whether stabilizing or not, still struggling. Asia is also struggling. In the U.S., there are some positives with jobs and housing getting better, but you’ve got the potential for some new, very real pressures on discretionary spending via tax changes.”

Jeff Van Sinderen, analyst at B. Riley & Co., agreed, pointing out that while consumer confidence in the U.S. has gained strength this year, “the consumer will wake up one day and realize they have less to spend. That’s the biggest looming threat to the macro picture.”

To be sure, footwear has been in a strong cycle for several years and many firms have repeatedly seen double-digit growth percentages. Analysts also remain bullish on product innovation in both the athletic and fashion segments. But to expect the same magnitude of improvement going forward would be unrealistic, or simply difficult to achieve, they said.

As Susquehanna Financial analyst Christopher Svezia put it, “There’s still an opportunity to see growth. It’s not as if any of these trends have dramatically changed. The macro situation — the fiscal cliff and tax situation — has just taken more of a front seat.”

Analysts are already observing a slowdown in sales expansion. It started with the back-to-school season and was exacerbated by Hurricane Sandy slamming into the Northeast, which took a little more wind out of retailers’ sails than they had hoped. Experts also have mixed feelings about holiday sales, which will play out this week but are expected to be up about 1 percent or 2 percent over last year’s numbers.

Binetti noted, “This time last year it was beat and raise, beat and raise. But a lot of this year’s third quarter was beat and lower. It’s become about managing expectations and people getting a lot more conservative and guiding down on revenue outlook.”

Because of all the uncertainty, no firm is expected to get aggressive with expansion plans, observed Sterne Agee analyst Sam Poser, adding that retailers are better positioned than wholesalers in the current environment.

“Retailers have more flexibility than brands in that they have the power to cancel orders if things don’t sell through. The question is, who knows their customers the best,” he said.

In fact, 2012 has so far been a mixed bag for the footwear industry.

A basket of industry stocks tracked by Footwear News shows firms are up a median of 16.1 percent year-to-date. Out of the 35 companies, eight have share prices that are set to end the year in the red, compared with 17 winners and 23 losers this time last year.**

“On the whole, this year was a lot better than last year, there’s no question,” said Van Sinderen.

Brown Shoe Co. is poised to be the runaway winner this year. Its shares more than doubled to $18.36 as of Dec. 14, versus $8.78 at the start of the year, buoyed by a portfolio realignment that yielded more-streamlined operations, accelerating comps at Famous Footwear and continued growth for its contemporary fashion portfolio.

The biggest loser year-to-date is Deckers Outdoor Corp., which was down 51.2 percent as of press time. After a huge winning streak during the previous few years, the firm and its star Ugg Australia brand were hit with rising material prices, lower average selling prices, pressured margins and unfavorable weather this year.

While Brown and Deckers will continue to focus on turning around their businesses in 2013, other companies are expected to outperform the average next year.

“Foot Locker is a good, well-protected stock in these volatile times because the basketball category is in a very good product cycle, [with two new Jordan releases between Black Friday and Christmas]. Good product coming through is the safety net, but at the end of the day Foot Locker is executing a lot of things right,” said Binetti.

Poser also called Foot Locker a top pick and singled out Under Armour Inc. for potential upside as the firm continues to make headway with footwear and the expansion of apparel into specialty and department store channels.

He added that Deckers could be a sleeper hit in the back end of 2013. “It’s going to be extremely strong once they clean out excess inventory and see sales and margin improvement in the second half,” Poser said.

Camilo Lyon, analyst at Canaccord Genuity, noted that Steven Madden is well set up for the first half of 2013 because booties — amid the strong fashion cycle — will contribute to pricing growth.

“It’s becoming a year-round category, and Madden is very actively helping its retail partners position booties to be worn with skirts, leggings, pants — basically all throughout the calendar,” he said. “They have a fantastic fashion lineup for spring, which in my mind sets them up very nicely for [positive comps].”

Meanwhile, retailers offering a value proposition should hold up better in an environment where consumers’ discretionary dollars may decline significantly.

“DSW has done an amazing job opening stores and responding quickly to changing trends this year,” noted Van Sinderen. “Going forward, a discount chain like DSW is going to be a more-compelling and less-impacted business than someone who is trying to sell full price.”

Other potentially notable movers in the market next year will be companies that have made recent purchases, including VF Corp. and Wolverine World Wide Inc. Given the sluggish top-line trends, firms that are tapping into acquisition growth should pay higher dividends.

“VF has an internal earnings driver from integrating and accelerating the Timberland acquisition they made last year. They spent this year cleaning out inappropriate distribution and next year they’ll be relaunching the apparel and rolling out new stores,” said Binetti. “When you’re heading into [an unpredictable] year, firms showing visible share gains are safer bets.”

The bottom line, however, is that “it’s going to be choppy in the first quarter — at the least,” said Svezia. “Growth will be slower than what we’ve seen, price is less of a factor and the macro could dilute the underlying strong factors in footwear.”