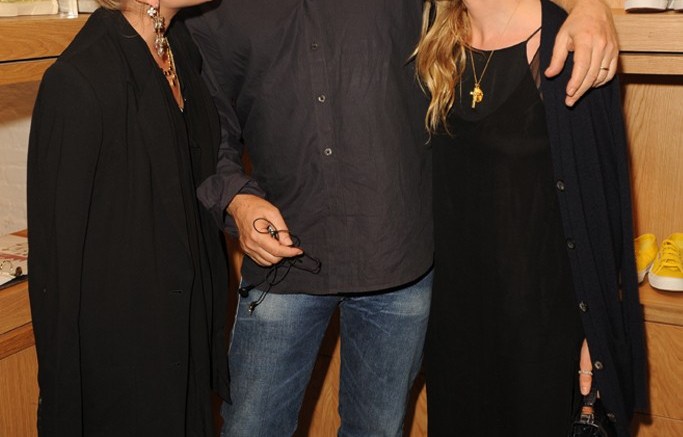 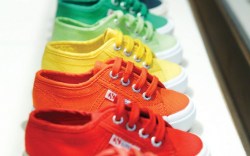 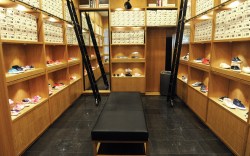 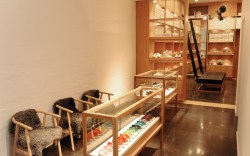 For Steve Madden, it was love at first sight.

During a trip to Italy in the 1980s, the young footwear upstart spotted a woman wearing a pair of Superga sneakers. He immediately became a fan and envisioned one day working with the label.

Now, as the trend for sporty style heats up across the fashion market, the company — and design partners Mary-Kate and Ashley Olsen — have major expansion plans for the brand.

“Superga has such a great look — it’s simple and cool. It can be what Keds was,” said Madden.

And it’s no secret that the designer likes to do everything big, but market watchers believe it’s important for his company to take a long-term approach to building the brand, which had most recently been licensed to R.G. Barry Corp.

“[Superga] has tremendous growth potential, and Madden is taking its time [to build the business], which is smart,” said Sterne Agee analyst Sam Poser. “It’s not going to be like the rest of the business, which changes every five minutes.”

Superga already is well established in Europe, particularly in the Italian market, where it operates 110 stores.

In addition to the U.S, other target areas for international growth include Spain, China and the Middle East, according to Lorenzo Boglione, head of business development for BasicNet, Superga’s parent company.

As new distributor agreements get off the ground, Boglione said, “2013 will be a big year for Superga.” He added that Steve Madden’s involvement will benefit the brand as it expands into new territories.

“The [Steve Madden team] are masters in marketing and communication. Whatever they do is good and everybody talks about it,” Boglione said. “We are getting positive [feedback] about what Mary-Kate and Ashley are doing all over the world.”

Madden’s initial licensing agreement is in place for three years, with an option for renewal, and executives believe this is just the beginning.

“We plan on being involved with Superga for a long time,” said Madden CEO Ed Rosenfeld. “We are just getting started, but so far, the launch has been fantastic and the consumer reaction [to the product] has been beyond our expectations.”

He added, “Steve has had success with fashion sneakers under the Steve Madden brand on a number of occasions, and Superga just provides us with another weapon in our arsenal.” (While Madden does not break out specific sales for the brand, it did say that 2012 is on track to be triple 2011.)

Central to the growth plans are building buzz among young, fashion-savvy consumers. So Madden moved quickly last year to tap the Olsen sisters, who were already partnering with the company on their Elizabeth & James and Olsenboye footwear lines.

The Olsens, who last month were crowned womenswear designers of the year by the Council of Fashion Designers of America, serve as creative directors for Superga North America, overseeing both the core line and higher-priced The Row for Superga collection.

“In our first meeting we ever had with Steve I was wearing Supergas,” recalled Ashley Olsen, who was on hand with her sister to fête the brand’s first U.S. boutique, which opened in Soho in late May. “It’s a brand that we’ve always loved and we appreciate the heritage. Getting the opportunity to work with something that’s so classic has been really fun.”

“We’re bringing the heart of the brand to the U.S. market,” added Mary-Kate Olsen. “It’s about simplicity and luxury and treating it the way we treat all our brands.”

The Row, whose prices start at $190, features classic looks and basic colors such as gray and navy, while styles from the core line, retailing from $65 to $100, play up pops of color, floral designs and even studs.

Both collections are on full display at the Crosby Street store. The small, minimal space keeps the focus on the product, storing the stock above the sales displays and incorporating ladders as part of the décor. The shop is conveniently — and strategically — positioned in the back of the main Steve Madden boutique in Soho.

Madden and his team also are expanding the brand in key wholesale accounts such as J.Crew, Nordstrom and Bloomingdale’s.

“After [Superga was] well received for their wide range of colors in the women’s assortment at our 59th Street flagship location, we are excited to roll out the collection to additional locations this fall,” said Brooke Jaffe, Bloomingdale’s fashion accessories director.

Zappos.com buyer Heather Esterline noted that connecting the brand with the Olsens was a smart move.

“Having Mary-Kate and Ashley Olsen as the creative directors is only going to continue to push the brand to be more successful,” Esterline said. “Their fashion insight and creativity will provide forward thinking with silhouettes, patterns and materials. I believe this is just the start to the success Superga is going to see in the future.”

Tia Powers, footwear buyer at Shopbop.com, agreed that the brand has taken off in the past few months.

“The Mary-Kate and Ashley addition will bring more awareness in the U.S. market and mark the brand as a fashion collection,” she said. “We expected big growth from the brand before the announcement, but this will help fuel the business to the next level. The classic sneaker shape is also getting a lot of attention from fashionistas like Man Repeller’s Leandra Medine.”

Medine, in fact, wore a customized pair of Superga sneakers on her wedding day last month, when she walked down the aisle in an oversized platform style adorned with crystals. And a number of celebrities are fans of the new designs as well. Jennifer Aniston was recently spotted in Paris in a pair, while Lauren Hutton sported her Superga sneakers to the CFDA Awards. Alexa Chung also has been featured in the brand’s U.K. ad campaigns.

Big names could be on deck for future collaborations. Madden said he hopes to form design partnerships with celebrities and artists he admires, such as Damien Hirst.

Looking ahead, Rosenfeld said Superga remains the company’s big focus in the athletic space, but he did not rule out future acquisitions in the athletic space. And Madden himself is clearly bullish about the category. “This is our entry into the sneaker business,” the designer said. “This is just the beginning. Phil Knight should be worried.”