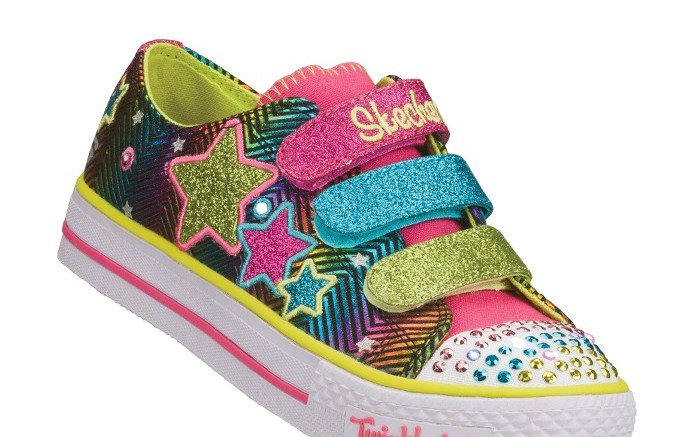 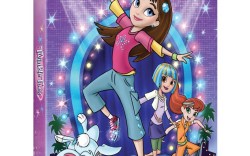 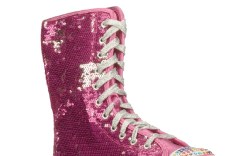 Banking on the brand’s popularity among young girls, Skechers is building a full-fledged licensing program that will extend Twinkle Toes into a range of categories including clothing, accessories, home décor, toys and stationery.

“Our strategy in the kids’ category has been to create original characters to represent our different shoe lines and features, and to support those characters with comic books placed in the shoeboxes as gifts with purchase,” explained Paul Flett, Skechers’ SVP of global licensing. “The Twinkle Toes character has really taken off, so much so that we’ve had girls coming into Skechers stores asking to meet her.” In fact, in a recent Q Score ranking, Twinkle Toes managed to top licensing giants Hello Kitty and Disney Princesses, Flett said.

Already seen in TV ads that run regularly on kids’ networks Nickelodeon and Disney Channel, the character will further be brought to life in a direct-to-DVD animated movie that releases this week. The film, which is distributed by Universal Studios, follows 14-year-old dancer Grace Hastings, nicknamed Twinkle Toes by her friends, as she attempts to overcome stage fright. “The movie takes Twinkle Toes from being just a footwear franchise to being an entertainment franchise,” Flett said, noting that a second film is already under discussion.

As the DVD hits shelves, additional Twinkle Toes products will begin to roll out, including backpacks, slippers, belts and apparel, the latter of which will debut at next month’s Magic trade show. More than 12 licensees have been signed, with many more to come, Flett said. Plans for international distribution of the DVD and other licensed products also are being put in place.

Licensing industry expert Ira Mayer said Skechers’ plan for Twinkle Toes makes sense. Unlike pure entertainment licenses, which are hinged on box-office success or TV ratings, Twinkle Toes is building on an already well-established brand at retail, he said. “Skechers has a clear advantage in that it has a solid track record in the market, which is exactly what potential licensees are looking for,” said Mayer, who publishes subscription-based tip sheet The Licensing Letter. “It’s the equivalent to a TV series having a second season. No one wants to license an entertainment property in that first season.”

That’s just what Skechers is banking on, Flett said. “As the master licensor, Skechers has a tremendous presence in the marketplace with distribution in thousands of retail doors and millions of dollars in year-round advertising support behind it.”

Flett said the brand extensions should strengthen the core Twinkle Toes footwear business. “Licensing is a tremendous tool for building brand equity,” he said, noting that Skechers is talking with its key footwear accounts about installing Twinkle Toes end-caps or even shop-in-shops in their stores. “Girls can come in for some new Twinkle Toes shoes and also grab a backpack for school or a copy of the DVD.”

Ronnie Jefferson, VP and DMM of lifestyle and kids’ footwear for Finish Line, which carries Twinkle Toes in 150 of its doors, said he expects the brand’s move into licensing to boost sales of the shoes. “If they market it well, it could be a great add-on to the footwear business,” he said. “Skechers is an expert at creating that emotional connection with kids, by making the shoes fun with the lights and embellishments. I like to call it Skecher-izing. They have a captive audience of young girls who follow them in everything, so introducing other product categories is natural.”

With the success of Twinkle Toes, Flett said Skechers would likely look to pursue licensing opportunities for some of its other children’s shoe trademarks, among them Bella Ballerina, Luminators and Mega Flex. “We’ll see how they develop,” he said. “Of course, not all of our characters will translate into a full licensing program. They have to prove themselves in footwear and show the right indications before we commercialize them in the same way as Twinkle Toes.”