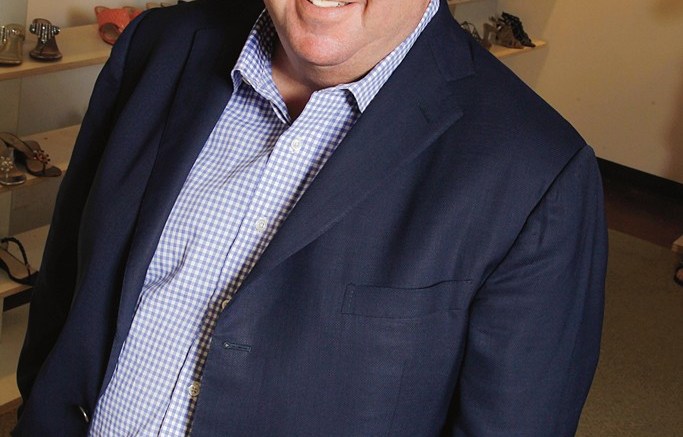 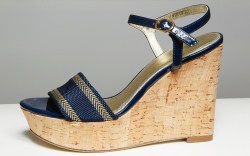 The former Nina CEO, who officially launched The Silverstein Co. last month, will introduce his first licensing deal at FFANY this week: a footwear line for special-occasion dressmaker Adrianna Papell.

“This is a very big opportunity,” said Silverstein, who left Nina in November due to differences with the board regarding strategy at the firm.

The Adrianna Papell collection will debut with about 80 styles retailing for $79 to $149. Produced in China, the line includes everything from wedges and flats to pumps and stilettos, made using metallic rope, glitter and color-blocking details.

The variety of styles is a key point of differentiation, according to the brand.

“The [launch] absolutely fits with where we are going. Our major retail partners felt that the next thing for us was the shoe business,” said Harvey Berkman, CEO of the 33-year-old Adrianna Papell label. “This is a big push for our company, which is focused on brand extension and really developing from a consumer brand to a true retail brand.”

Department store partners for the apparel include Lord & Taylor, Nordstrom, Macy’s and Dillards, and the footwear collection will target similar retailers.

International accounts will be added after the initial launch, with Canada, Germany, the Middle East, U.K. and Mexico named as top opportunities. (The Adrianna Papell dress line is sold in 20 countries.)

And while the footwear collection is aimed at the brand’s existing customers — women between the ages of 20 and 65 — it is designed to attract new consumers.

Silverstein said the Papell line will be his focus for spring ’13, but he told Footwear News future expansion could include both kids’ shoes and handbags.

Silverstein said the firm, which has a staff of 10 split between the New York and China offices, will look to add more licenses.

“I have a lot of experience in children’s shoes, so that could be a possibility,” he said. “It would have to be a brand that is very different and has an [alternate] focus. We wouldn’t want to compete with ourselves. Adrianna Papell is our priority for the foreseeable future. We’ll grow that business and eventually take on other licenses.”