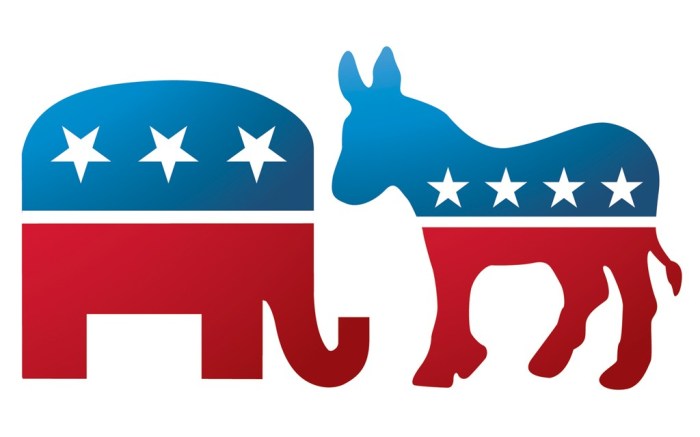 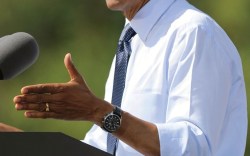 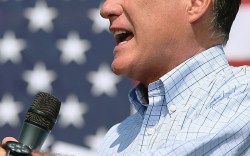 The race for the White House is on.

And with the Nov. 6 election weeks away, the footwear industry remains as divided on who should win the presidency as the rest of the nation. But one thing is clear: Executives agree this contest is one of the most important in recent history and could have lasting implications for the way wholesalers and retailers conduct business.

“It’s really a stark contrast between two different governing models,” said Matt Priest, president of the Footwear Distributors & Retailers of America. “The difference [between the philosophies] of both sides is bigger than it’s ever been. It’s a debate on which way the government will go.”

Priest said the association’s members land on both sides of the political aisle, but all view the election as a statement about the future of the country and the role of government in business and the economy. “Our members are very diverse, but they ultimately feel this is a pivotal election,” he said.

When Footwear News spoke with several top executives, some freely expressed their views, though many others declined to talk openly because they worried about alienating customers, co-workers and business associates in this hotly contested, highly opinionated election season.

Nevertheless, the industry was split on the big issues and the candidates. Vendors, in general, tended to prefer former Massachusetts Governor Mitt Romney, while retailers tilted more toward President Barack Obama.

Bob Campbell, CEO of BBC International, said part of the reason for such a broad range of viewpoints is because the footwear business is so segmented. “In our industry, people are in different worlds,” he said. “There are the high-end people, there is the branded business, and then there is the discount business. We have three different philosophies.”

Still, Campbell noted that November will mark a sea change for the country, regardless of who takes the Oval Office.

“We’re dealing with the changing nature of America,” said Campbell. “That makes this the most difficult and trying election in our history.”

Jobs & The Economy
Without question, the two issues with the biggest influence on votes this year are jobs and the economy. While footwear as a category has held up well during the plodding recovery, most industry observers said the unemployment rate needs to improve substantially to energize retail, restore confidence and get consumers spending again.

“The most important thing in this election is getting the economy back on track, and that means jobs,” said Campbell.

The BBC chief added that even as a Romney supporter, he has been disappointed by the lack of detail and aggressiveness of both candidates to address the topic. “They need to tell the American people what they will do, and neither one has,” he said. “The debates are going to tell a lot [about the candidates].”

Joe Ouaknine, CEO of Titan Industries, said the issue of jobs is hitting him on multiple fronts, in his businesses as well as personal life. “If there are no jobs, people have no money for shoes,” he said. “And I also live it. Young people are out of work. Friends call me all the time asking for jobs for their kids who have just graduated. It’s bad. People are scared.”

Ouaknine, also a Romney supporter, said he hopes a new administration will bring fresh economic ideas to the table. “We’re not in good shape,” he said. “We need a change.”

Kevin Burke, president and CEO of the American Apparel & Footwear Association, agreed that employment and economic issues guide the decisions of both footwear industry executives and average voters. “The jobs issue is the major issue of this election,” he said.

Burke said he anticipates that undecided voters, who will likely determine the outcome of this election, will look at their own employment and economic situation days before the election, and then cast their ballots according to what they see.

“People don’t start thinking about elections until a week or two prior to the election,” he said. “Then, they ask themselves, ‘Am I any better off than I was four years ago? Am I employed? Am I making money? Am I able to get a mortgage?'”

While Burke said the association doesn’t support or endorse candidates in presidential races, he pointed out that the crucial jobs issue is going to be an especially difficult obstacle for President Obama to overcome.

“No American president [since World War II] has ever been reelected with over 7 percent unemployment,” Burke said. “There’s no indication it will drop below 8 percent prior to the election.”

Health Care
Now that the Supreme Court has upheld the key provisions of the Affordable Care Act, footwear companies are beginning to evaluate what this will mean for them financially. As a result, most said health care laws will affect their choice at the ballot box.

For Campbell, the issue is one of principle as well as one of cost. “I just ordered a complete study of Obamacare and what it means for our company,” he said. “It’s a big deal for small companies. But it’s more than just money. It’s a money issue and it’s a philosophy issue. It’s going to hurt the whole economy.”

However, SportsOneSource analyst Matt Powell said he believes public sentiment regarding the law is shifting and that it may, in fact, serve as a catalyst for new business ventures once it is fully implemented in 2014.

“People seem to like Obamacare a lot more than they did before,” said Powell, who is an Obama supporter. “People are finding out it’s a pretty good thing. In many ways, I see Obamacare as a way to encourage entrepreneurs to go off and start new businesses since they won’t have to worry about their healthcare coverage.”

Priest said that until the law is in full effect, many companies will continue to fret over the potential for cost increases. Still, he said, it’s unlikely the law would be totally undone, even with a Romney presidency.

“The Supreme Court decision and Justice John Roberts laid to rest a lot of the expectation that this would be dramatically overturned,” he said. “At the end of the day, this is going to be the law of the land.”

Indeed, Romney, who previously stated his desire to “repeal and replace” the health care law, in recent days has softened his tone, admitting that he would keep in tact some elements of the mandate.

But some still worry the full implementation of the law will bring escalating insurance premiums — and they plan to vote accordingly.

“Our premiums right now are already through the roof and they’re still going up,” said Ouaknine. “And with what the president wants to do, the cost is going to go up even higher.”

Priest said he is confident that both candidates — and political parties — would pursue additional free trade agreements, such as the Trans-Pacific Partnership, which would eliminate tariffs from products imported from Vietnam.

“In my mind, both Republicans and Democrats are working to liberalize trade,” he said. “The president has already signed three free trade agreements, which were negotiated during the Bush administration. And lowering duties is a bipartisan issue.”

Burke agreed: “Both candidates have talked a good story on trade.”

However, the strong free trade positions of both Obama and Romney stand in contrast to statements they have made about supporting domestic manufacturing. And while virtually all vendors and retailers said they’d like to see more support for footwear made in the U.S., few anticipated real action regardless of who wins.

“We should be thinking about manufacturing here and supporting that,” said Ouaknine, “but I don’t think anything will be done.”

Some pointed out that support for American-made footwear might be too little, too late, as the process of returning manufacturing operations to the States has become cost prohibitive.

“If a company can figure out how to make a product here and [do it profitably], we applaud them,” said Burke. “But the majority of footwear remains an import item. I don’t think we’ll have a big swing toward domestic production that will really change the mix.”

But in the end, many executives acknowledged that, as much as substantive issues are in play this year, the election once again will hinge on topics far removed from the footwear industry. They said hot-button social issues, international concerns, as well as philosophical and partisan beliefs will most likely fuel Americans’ votes.

“My sense is that there are a lot of angry people out there,” said Burke.

Priest, however, had a more optimistic take on the situation, noting that the stark contrasts between the candidates mean citizens have a more clear choice.

“Each side appeals to very thoughtful citizens who love their country very much,” he said. “There’s nothing worse in an election than when it’s hard to tell the difference between the two candidates.”