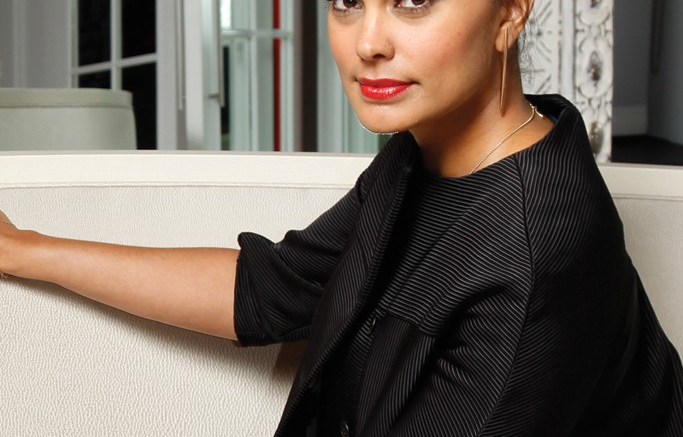 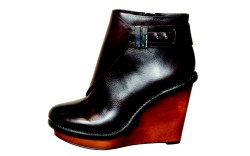 Major department stores set to carry the collection — which is a partnership with The Jones Group Inc. — include Bloomingdale’s, Saks Fifth Avenue and Nordstrom.

“Rachel has a designer perspective but interprets that at an accessible price point,” said Michele Love, national merchandise manager for designer shoes at Nordstrom, which will carry 26 of the 30 styles for fall. “She personally is very engaging and sincere and is truly a student of the fashion business. My guess is that she will have a meaningful business in footwear to mirror her successful ready-to-wear business.”

E-tailers also are upbeat about the new venture.

“The collection is fresh and innovative, and we feel it will be a great fit aesthetically for our customer,” said Corey Vason, senior merchandiser for Piperlime.com. “The footwear made great use of different materials, [including] suede, animal print, pony hair and glitter. Her color assortment is exciting. We [also] thought Rachel Roy would be a great fit for Piperlime because of the brand’s strong name.”

Brand recognition and a price point of $200 to $600 have been key contributors to the shoe line’s solid beginnings, said Roberto Zamarra, president of Rachel Roy footwear at Jones Group. He added that expanding into footwear was a natural next step for the label.

“The collection stays true to Rachel’s design aesthetic [with] clean silhouettes and architectural heels, achieving a balance of masculine and feminine,” Zamarra said.

While Roy is primarily known for her ready-to-wear collection, she is not a total newcomer to the footwear landscape. The designer has worked on several collaborations for seasonal presentations, including with Manolo Blahnik, who has become one of her most influential mentors. Additionally, her diffusion line for Macy’s — Rachel Rachel Roy — includes some footwear. However, the designer said the introduction of her own shoes to the main line marks a significant milestone for the label.

“[Now] I have a complete look and a complete story. The [footwear] line is definitely meant to go with my ready-to-wear, but in a way that doesn’t feel matchy-matchy,” Roy said of the collection, which features flats, pumps, booties and boots in a variety of materials such as leather and snake, and prints and colors ranging from neutrals to deep-purple leopard print.

To support the launch, Roy is scheduling a string of personal appearances, including at select Nordstrom locations. “I love being able to get out into the stores and really experience how women are wearing the product,” she said.

The designer also plans to tout the collection via her e-commerce site, as well as on a TaxiTV segment that will take viewers inside Roy’s personal closet. “I like to show people the intimate side of me so they can see for themselves that I really wear [Rachel Roy] and that I believe in it,” she said. “I design specifically for the woman I aspire to be.”

Roy, whose label first appeared on the fashion scene in 2005, has yet to launch a full-fledged formal advertising campaign — a strategic decision on her company’s part, she said.

And the brand is taking the same carefully measured approach when it comes to product and retail expansion. In addition to more shoe styles, Roy said, she has considered launching a children’s line for girls, as well as bowing branded retail stores. However, those endeavors won’t be at the top of the to-do list anytime soon.

“I’m OK with being patient,” she said. “I will expand when I’m ready, but at this point, I just want to grow my brand. I want to design for every aspect of a woman’s life.”