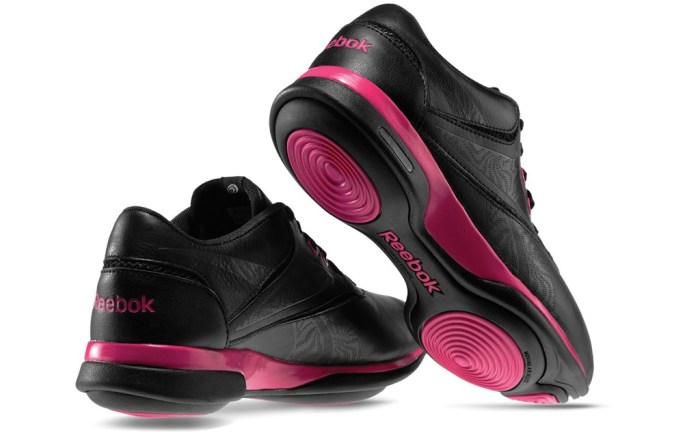 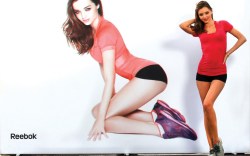 NEW YORK — Toning isn’t dead yet, at least not if Reebok has anything to say about it.

According to the company, the category is prime for a rebound in the back half of the year and into 2013.

The new strategy for its next-generation EasyTone collection calls for slimmer, less-obvious product and a marketing message that emphasizes being active.

“We see a light at the end of the tunnel here,” said Martina Jahrbacher, head of women’s for Canton, Mass.-based Reebok. “We’re really confident we’ll be ready for a fresh start by the end of the year.”

Though it was a $1.1 billion sales phenomenon in the U.S. at its height in 2010, the toning category unraveled last year when too many brands flooded the market with too many shoes. The glut of product resulted in deep discounting that left both vendors and retailers under major financial pressure. (Today, toning sales account for only $200 million, according to SportsOneSource analyst Matt Powell.)

Reebok has not been immune to the larger category woes. The sharp falloff in sales has negatively impacted earnings, even as brand execs point to strong results for the marquee EasyTone product in Asia and South America, with only some moderation in Europe.

Toning has been a PR black eye as well. Last year, Reebok paid a $25 million settlement to the Federal Trade Commission, which charged that the brand’s advertising claims about EasyTone’s efficacy were unsupported by research. (In a related case, Skechers USA Inc. is paying $45 million in cash to settle a class-action lawsuit related to false advertising for its toning shoes, brought against it by the FTC in January.)

But according to Jahrbacher, consumers still demand the shoes — and their benefits. “Toning was driven by the insight that women care about their looks, and that insight doesn’t change,” said Reebok President Uli Becker. “There’s a lot of sustainability for that business, [but] we need to do things better.”

Starting at the end of 2012, heritage EasyTone styles will be revamped with new materials and more-subdued color pairings to look “as clean and subtle and slim as possible,” Jahrbacher said. “Women don’t want to show off that they are wearing a toning technology. They want to look as beautiful as possible, and [to have the shoes be] their hidden little secret.”

Another part of the new EasyTone plan includes introducing lower price points. “We had our core offering at $100 to $120. We will probably see some adjustments to that, with retailer agreements,” Jahrbacher said.

SportsOneSource’s Powell endorsed a revamped price strategy. “[The pricing sweet spot is] probably $75 to $85. It certainly won’t be where they had the discount product, but it won’t be at the heights we saw before,” he said.

Marketing efforts — always a key feature of the EasyTone story — will also ramp up at the beginning of 2013 and gain momentum into the spring, Jahrbacher said.

Central to the new marketing message will be a 12-week study the brand commissioned last summer by Arizona State University, showing that women who use the product saw a 2.5 percent reduction in their body fat percentage.

“Women want to believe [in the product], and our job is to give them reasons to believe, and be open and as in-depth as we can be about these tests,” Jahrbacher said. “We’ll be maybe even bolder than we have been before, to say, ‘This isn’t the magic pill, but if you build walking as a low-impact exercise into your everyday routine, then these shoes really work.’”

The study, she added, was already under discussion before the FTC approached the brand, but Jahrbacher is confident the new protocols, influenced by some of the findings from the settlement, will stand up to examination. “In our eyes, it’s the broadest and most robust study in the footwear industry [on toning product],” she said.

The new look of EasyTone has already started to take shape in Europe, where the company recently unveiled fresh ads.

“We don’t want to let the fire go out for the consumers’ interest, so we want to continue to create excitement,” Jahrbacher said.

While the marketing plan for the U.S. is still being finalized, she said it is expected to include TV, print and in-store retail efforts.

As for distribution, Jahrbacher noted that the U.S. group is working closely with retailers to determine what doors and channels will be key to the growth effort. “No one can really tell how the category will build up again, so one of our tasks is to carefully go back into the business and allocate the right volume to the right doors where the consumer is willing to buy the shoes,” she said.

According to Powell, the family channel — despite being burned by the overinventory problem of the past years — is the most likely destination.

“The reason toning crashed was not because of lack of demand but [because] of way, way too much supply,” he said. “There was still a high level of interest — and that remains — but I don’t know that we’ll ever reach the numbers we reached before. The sales can be hundreds of millions, but not billions. It could get near $1 billion, but it will take time.”