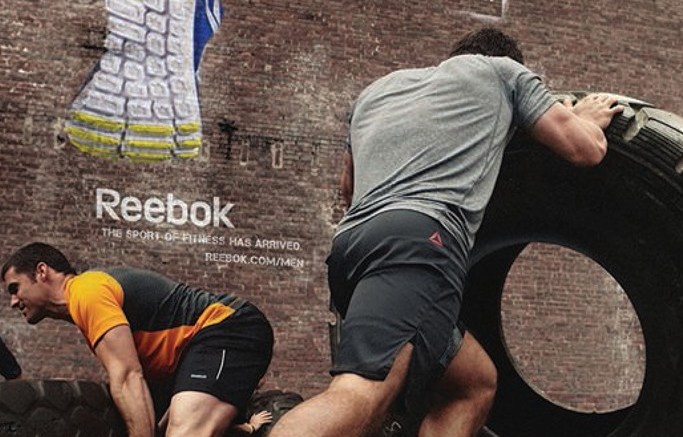 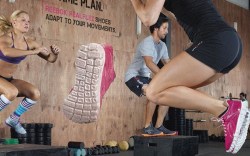 Reebok is changing its workout game.

The Canton, Mass.-based brand will unveil its newest campaign, “The Sport of Fitness Has Arrived,” with a TV spot on Sunday. The ads highlight the CrossFit training program, a partner of Reebok’s since 2010.

“More and more people are coming together to experience fitness in a community environment, with shared goals, shared experiences and a certain level of competition,” Matt O’Toole, Reebok chief marketing officer, said in a statement. “This campaign taps into this trend. It shows that fitness can be experienced in a supportive, engaging and dynamic way.”

The commercial, which will air during the NFL Divisional Playoff between the New York Giants and Green Bay Packers — which airs on Fox — will feature Rich Froning and Annie Thorisdottir, who were crowned the “fittest man on earth” and “fittest woman on earth” respectively, after winning a Reebok and CrossFit competition.

Other components of the campaign will include athletes, such as NFL player Chad Ochocinco and the NBA’s John Wall. Created by the McgarryBowen agency, the launch also will incorporate print, digital and event-based marketing. In addition, Reebok has planned for a YouTube takeover and consumer interaction by bringing workout equipment to select city centers globally.

“Reebok has a heritage of empowering people to get fit. It’s part of the brand’s DNA,” President Uli Becker said in a statement. “We’ve been at the forefront of a fitness movement before, and we are doing the same thing today.”