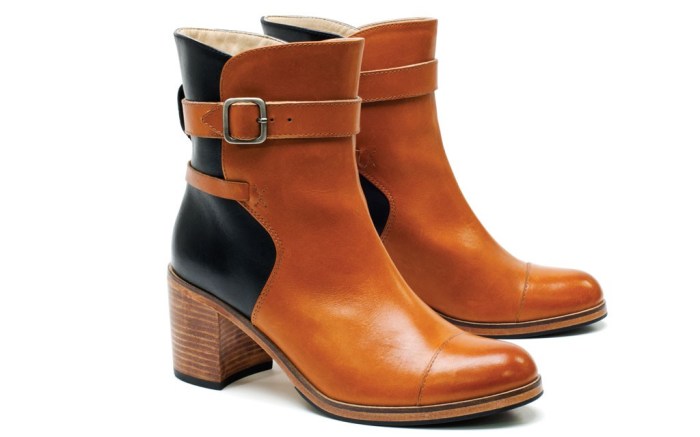 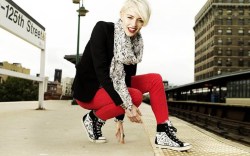 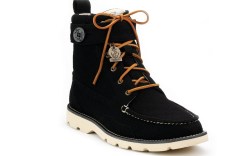 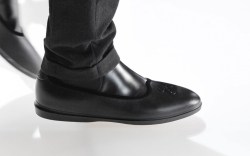 Wolverine 1,000 Mile x Samantha Pleet
Wolverine’s 1,000 Mile brand partnered with ready-to-wear designer Samantha Pleet, known for her dandy-inspired women’s apparel, for fall. The footwear collection includes five styles, all named for inspirational women. The Earhart Boot, a riding look, pays homage to Amelia Earhart, while the Nesbit boot and oxford is named for “Gibson Girl” inspiration Evelyn Nesbit. Christina Vernon, product manager for Rockford, Mich.-based Wolverine, said, “We approached Samantha Pleet about a collaboration because she offers a fresh and complementary perspective on women’s style. She brings a feminine and classic design approach to the table, which translates into a collection of shoes that women really want to wear every day.” Set to retail from $250 to $625, the collaboration will deliver in August to such retailers as Epaulet in New York, The Tannery in Boston and Reveille in Portland, Ore.

Ugg Australia x Claw Money
Ugg looked to the streets for the inspiration behind a women’s capsule collection. The Goleta, Calif.-based brand tapped graffiti artist Claudia Gold, a.k.a. Claw Money, for a series of fall footwear and accessories detailed by Gold, best known for once peppering the New York cityscape with her iconic claw tag. The collaboration includes a short shearling boot, a high-top sneaker and a scarf. Retail prices range from $140 to $150, with delivery set for June/July to Ugg concept stores and select retailers.

Sperry Top-Sider x Fidelity Sportswear
New England-based nautical brands Sperry Top-Sider and Fidelity Sportswear have teamed up for a fall capsule collection of men’s and women’s footwear and outerwear that reflects their heritage looks. The shoes will incorporate signature details from Fidelity’s peacoats and CPO shirt jackets, including Melton wool, anchor buttons and storm flaps, while the two outerwear pieces feature Sperry’s razor-striped outsole design in the linings. Men’s footwear styles consist of a boat shoe, a canvas vulcanized oxford and a boot, while the women’s include a boat shoe and a boot. Retailing from $80 to $165 for shoes and $179 to $279 for the jackets, the line will deliver in September to better lifestyle stores and boutiques, as well as select Nordstrom doors and Sperry Top-Sider locations.

Swims x Emporio Armani
Swims, the Norwegian brand known for its colorful galoshes, has made a splash on the runways. Designer Giorgio Armani used the practical looks in his fall ’12 presentation and will now offer a Swims style in his own collection. The Emporio Armani by Swims galosh will be sold separately for $145 retail, or boxed together with one of several different shoe styles. The galosh is available in blue and black rubber, as well as a black velvet-covered rubber. It will deliver to Emporio Armani stores in August.