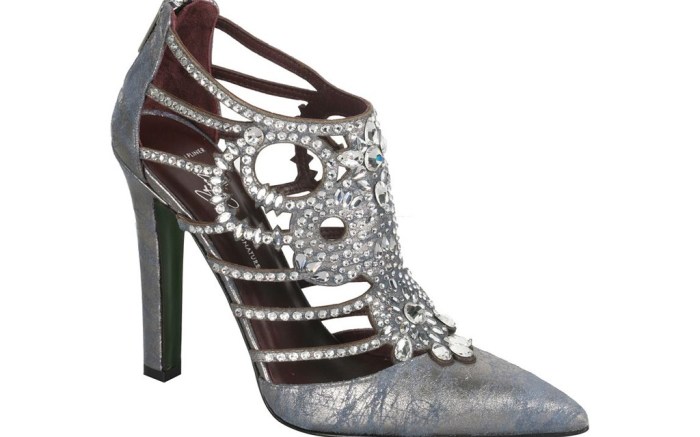 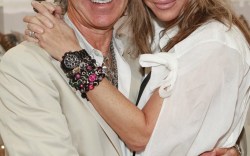 At Donald J Pliner, two have become one.

The new line, which will soft-launch at select boutiques and Donald J Pliner branded locations for spring ’13 and hit retail as a full collection for fall ’13, aims to marry the couple’s aesthetics and inspirations. (Donald Pliner’s eponymous men’s and women’s label will remain intact, alongside the company’s newer contemporary line, DMSX).

“Donald and I were already a team,” said Lisa Pliner, who has been working alongside her husband since he launched his company in 1989. (Pliner sold a majority stake to private-equity firm Castanea Partners in early 2011 and now serves as creative director).

“We had so much input [into each other’s lines] that it just made sense to combine them both. We are taking what [Donald Pliner] is known for and bringing it to the next level,” said Lisa Pliner, noting that a third designer, Annie Pho, is also working on the Donald & Lisa Signature brand.

The made-in-Italy footwear, with a signature green sole — a feature carried over from Lisa for Donald Pliner — will retail for $300 to $875.

A corresponding handbag collection will carry price points of $350 to $1,000. The footwear includes specially treated leathers, velvet and calf hair, with hardware, jewel and acrylic details.

“You see both of them in it: Lisa’s embellishments with Donald’s colors,” said the firm’s CEO, Noel Hord. He added that, in its fledgling seasons, Donald & Lisa Signature will target approximately 50 specialty stores.

Longer-term plans include establishing a presence in select majors such as Neiman Marcus and Nordstrom. “We purposely did not go to department stores [for spring and fall] because we wanted to make sure we had time for [the line] to evolve.”

The fall ’13 styles, including flats, heels and boots in solids, metallics and animal prints, were inspired by the 2012 film “Snow White & the Huntsman,” according to the designers, who said they were drawn to the movie’s opulent mood and rich visuals, including vivid teal and deep burgundy colors, as well as the story’s classic macabre fairy-tale theme. “It had so much texture, and we love texture because we are so detail-oriented,” Lisa Pliner said.

Donald Pliner added that the new project helped him reconnect with his creative roots.

“Until the business was actually sold, I never appreciated what I could and couldn’t do [as a designer],” he said. “Now I’ve had time to work with the line, and we have taken the [Donald J Pliner] heritage and added the talents of two people who are a little bit younger than myself. It’s a very interesting marriage.”