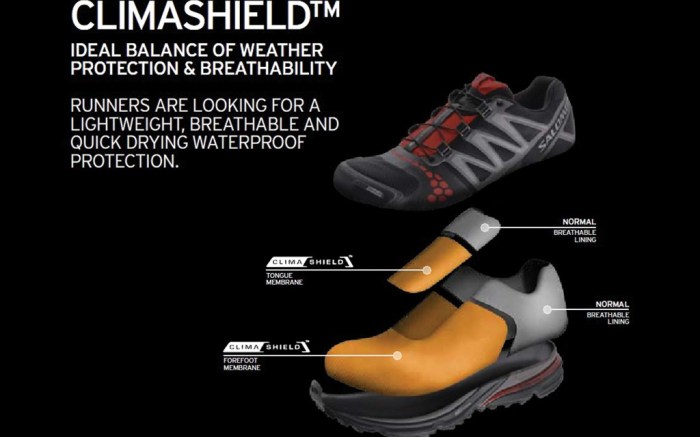 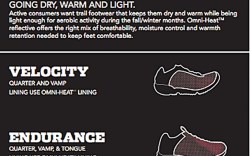 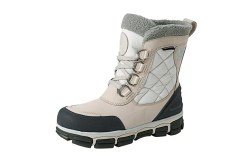 In the technical apparel world, garments with built-in zones — areas of more breathability or wind protection, for example — have grown in importance in the past several seasons. Now, footwear companies are looking to raise the technical stakes even further.

This fall, more shoe brands are putting the emphasis on graduated areas of insulation and waterproofing with the goal of increasing performance while reducing weight and improving fit.

The North Face, Salomon, Columbia, Timberland and others have all integrated special zones into some of their latest designs, and most have plans to further expand the concept for fall ’13. According to the companies, the reason for this development is better materials and manufacturing techniques, a heightened sensitivity to design, new insights into the human foot and, especially, cost.

Two fall boot collections for men and women from San Leandro, Calif.-based The North Face, a division of Greensboro, N.C.-based VF Corp., will feature isolated higher densities of insulation under the foot and over the veins across the top of the foot. The looks were driven by breakthroughs in human physiology research, which footwear design director J.P. Borod said provided insights into how an athlete’s foot reacts to heat during activity.

“As opposed to generically saying feet get cold, [the advanced concepts team] is helping us to understand where they get cold,” he said. “So we can figure out that you can use less insulation in strategic places, which makes the fit and function better [because the boot] is not so bulbous.”

Also inspiring the new direction in outdoor shoes and boots is the stripped-down minimalist aesthetic, said Matt Schreiner, global footwear specialist for Newark, Del.-based Gore-Tex. “We’ve hit an inflection point in design with the minimalist philosophy,” he said, noting that both vendors and component-makers such as Gore-Tex have been reviewing product with the intent of removing anything that adds weight or changes the shape. “The question [we’re asking is]: Do we really need to add in this protection, or is there a way to introduce it in a way that really matters?”

Timberland, too, is looking for answers to that question. The team there took a heat camera on a research trip last winter, prompting a change to the women’s fall ’12 Mendon collection. The brand now puts 600 grams of PrimaLoft insulation in the front of the boot shaft and 400 grams in the remainder of the boot.

“As we were looking at the pictures, it became very visual in terms of how we lose heat across the top and front of our legs and toes most quickly, and how we solve for that,” said Vanessa McElroy, product director of women’s footwear for Stratham, N.H.-based Timberland, also a division of VF.

McElroy added that innovations in materials — as well as decreases in cost — have enabled the brand to add these different zones.

Others said cost was a factor for them, too.

“I would say that manufacturing trends are enabling us to do things we weren’t able to do before,” said The North Face’s Borod. “But to be brutally honest, a lot of people [in the industry] were looking at cost.”

That savings — and the fresh technology stories — are helping to sell the idea to consumers, said retailers.

Backcountry.com customers want to sink their teeth into complex product, said footwear buyer Anthony Clark. “When you add in 400 grams of insulation and say this is strategically placed over your foot to make it warmer, it makes a lot of sense for us,” he said. “For waterproofing, it’s the same: If there’s something for us to write about and call out, we can sell it.”