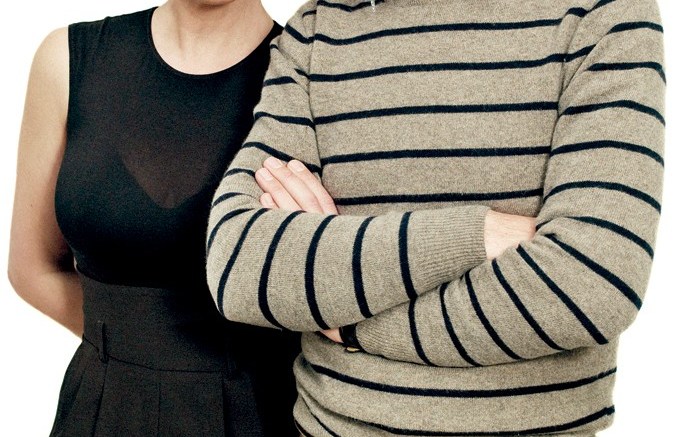 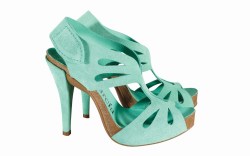 Even though Pedro García is 87 years old, balancing tradition with newness is at the core of the brand.

The family-owned, Alicante, Spain-based label works at creating that equilibrium — what creative director (and the founder’s grandson) Pedro García, 45, said is a matter of “buen hacer,” a Spanish expression that means doing things properly and efficiently.

“Our collections evolve from one to the next in an [organic] way, but we always seek something new and exciting that makes the styles look really different and unique. Experimentation, investigating materials and silhouettes, is very important for us,” said the youngest Pedro García, who is known as the “third Pedro” and heads up the label alongside sister and CEO Mila García, 52. (Their father, the “second Pedro,” is still involved in the business on a consulting basis and recently authored a book about the brand and the García clan.)

Based on that philosophy and the company’s solid history in the shoe business, the siblings said the high-end women’s label, which is previewing spring ’13 styles during New York and Paris Fashion Weeks, is planning to do more than just weather the current financial woes in the U.S. and Europe — it’s banking on growth. The company had an overall revenue boost of

18 percent for 2011 and is pushing forward with an expansion plan for 2012 and 2013 that includes entering the Asian market, launching e-commerce in October and branching out from its single flagship in Madrid to bow more stores.

“[Our hard work] has put us in a good position, even in difficult times,” Mila García said. “For instance, the Italian market, which is very important to us, maintains its activity. The Italian woman doesn’t give up on fashion.”

The company, which has a presence in 36 countries and approximately 1,000 doors, is also bullish on the U.S. market, which, along with Italy, comprises Pedro García’s strongest customer base. “The North American woman appreciates the dressy yet casual and comfortable spirit of our shoes,” Pedro García said.

Pedro García footwear focuses on leather wedges, boots and heels in playful-yet-polished colors, materials and silhouettes and retails for $450 to $900 at Bergdorf Goodman, Neiman Marcus and Nordstrom in the U.S., as well as a number of smaller boutiques, including Scoop and Jildor.

“We made the firm decision to expand [our presence] in the U.S. market [in 2005] after we had steady and successful brand positioning in Europe,” Mila García said, adding that the brand consolidated and repositioned itself in Europe in the mid-1990s after the “second Pedro” took over the business. Still, she admitted that the label has faced its share of challenges here and still does. “One of our biggest is to [maintain] our strong positioning in the U.S.”

Jonathan Joselove, Neiman Marcus’ SVP and GMM for ladies’ shoes, said Pedro García continues to resonate with the store’s consumers because of the line’s style and practicality. “[The label] offers our customers modern shoes that are not only on-trend but also very comfortable,” he said.

The brand launched handbags for fall ’12, and its resort ’13 footwear collection featured new colors, both amped up and toned down, as well as tropical patterns.

Pedro García has garnered a following among such American celebrities as Mary-Kate Olsen, Jennifer Aniston and Whitney Port. Up-and-coming New York rapper Azealia Banks was recently spotted wearing shoes from the line. But Pedro García said he doesn’t consider the label to be a red-carpet brand. “We know how important it is that celebrities wear our shoes, but we are really satisfied when a celebrity has actually purchased a pair in a store, without coaxing,” he said.

The fall e-commerce launch is aimed at making the brand more accessible to all kinds of customers in the U.S. and Europe, Mila García added. Today, Internet transactions make up about 7 percent of Pedro García’s overall sales, but the company expects that number to increase dramatically after its site goes live. Pedro García said he also hopes the revamped site, paired with the label’s existing social-media pages, will serve as a strong marketing tool. “It’s important for us to be able to reach and sell to a much bigger market, but [e-commerce] will also allow our brand to show and sell the whole collection as we have designed it, and share the Pedro García world,” he said, adding that the online shop will initially cater to Europe, then the U.S. and eventually other countries.

But as with all of its endeavors, the label is tempering freshness with convention. “We still believe in and use more traditional platforms [such as print advertising], not only because communication through the Internet is ephemeral, but because we believe in high-quality communication: good photography, graphic design, copywriting and printing,” Pedro García said.

After e-commerce, the company will look harder at brick and mortar. Pedro García plans to bow a second branded flagship within the next two years, either in London or Hong Kong. “Through [branded stores], we can get feedback from our real consumer — the final client,” Mila García said. “It’s relevant and direct information that comes straight from the woman who wears Pedro García.”

But even as Pedro García expands, its founding family knows how to work together — and that’s what is most important, Pedro García said. “Our father inherited the business from our grandfather, and he had the talent and the power to make it bigger and stronger,” he said. “He knew how to handle the transition from the first generation [and then] to us, the third generation. From the very beginning, we knew each of us had a specific [specialty] in which the others shouldn’t interfere, though communication between us has always been very fluent.”