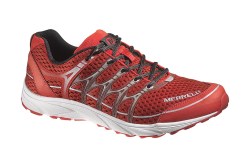 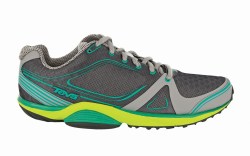 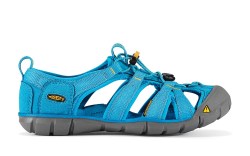 Get ready for the next phase of minimal footwear.

After several seasons in which the natural-motion movement dominated the marketplace, outdoor vendors are introducing a new batch of product for spring ’13. And unlike styles of the past, which had roots in running, these launches take on the idea of minimalism from a distinctly outdoor perspective.

Brands including Keen, Merrell and Teva have made low-to-the-ground footwear the centerpieces of their spring ’13 performance product lines. The collections emphasize a natural stride in a variety of environments, as well as stability through enhanced ground feel. And retailers said they are optimistic about the entries.

“For a long time, all the traditional outdoor customer wanted was big, thick and protected,” said Wes Allen, co-owner of Sunlight Sports in Cody, Wyo. “But minimal has changed their perspective. That product has been out on the wall long enough that people are seeing minimalism and [being] connected to the ground as more valid for more parts of their lives.”

Teva will debut its TevaSphere collection for men and women this spring. The multisport styles — three trail-specific shoes and a lower-profile look — were engineered to combine the close-to-the-ground attributes of barefoot-running product with a rounded heel and cushioning pods, to offer stability no matter the terrain or where the foot lands.

“What we’re discovering is that people want some element of protection, if not cushioning, underneath their foot,” said Chris Hillyer, innovation manager at Teva. “We love the idea of natural motion and becoming more aware of what the footwear is doing, but the lack of stability was a big challenge. We didn’t feel comfortable without some stability.”

And in the outdoor market, stability had to be combined with support.

“When you’re in the wilderness for extended periods of time, something that doesn’t give you support is going to be a big challenge for you,” Hillyer said. “Even if you have been strengthening your feet by running barefoot, your feet are only strong until they fatigue. And everybody’s feet fatigue. It’s just a matter of how long it takes.”

The idea resonated with Keen as well. Ron Hill, VP of merchandising for the Portland, Ore.-based company, said the brand endeavored to maintain the structured underfoot of its classic product even as it lightened and lowered its midsole/outsoles for the Keen CNX line, which launches for spring ’13. “For us, it was about making sure that underfoot feel was as supportive and protective as the Keen fan was used to,” he said.

CNX, which spans multiple categories, including trail/multisport, casual and water, as well as children’s, features many of the hallmarks of the minimal movement: 4-millimeter heel-to-toe offsets, a less-than-10-ounce total weight construction and an overall slimmer look. “Wherever it falls in the spectrum, this is a lower, lighter, more natural motion-[focused] piece of footwear,” Hill said.

“There are a lot of people getting into the lightweight category, but entering on their own terms, slimming things down but still offering key features such as fit, comfort and protection,” he said. “And that’s going to do two things: [entice] the traditional customer to try out a lighter, lower-to-the-ground version of styles they’re familiar with, and attract a new customer who might have been turned off by the [aesthetics] of the older product.”

Merrell, a division of Rockford, Mich.-based Wolverine World Wide Inc., has been in the minimal mix since the spring ’11 launch of its first Barefoot collection. The brand is dramatically expanding its lineup for spring with M-Connect, a family of product that encompasses for the first time hiking and multisport categories, with styles specifically engineered to promote stability.

“[The collection] is built to be flexible, lightweight and to have a fast feel to it,” said Shaun Bohnsack, global product line manager for men’s at Merrell. “But we started with a consumer need. The current consumer is shifting and becoming more athletic. They’re still going outside, but they’re approaching it in a different way, and it’s more adrenalized. The product helps them come into a barefoot mindset, but not as far as going barefoot right away.”

Moorhead said the new direction is one Zappos consumers will embrace. “The market is still young, and this is just a logical progression for the lightweight movement,” he said. “Merrell did a really good job of introducing barefoot running but [also] advocating that you can live your life in barefoot shoes. The trend is here to stay and will continue in the outdoor world — and [even] cross into some other categories.”